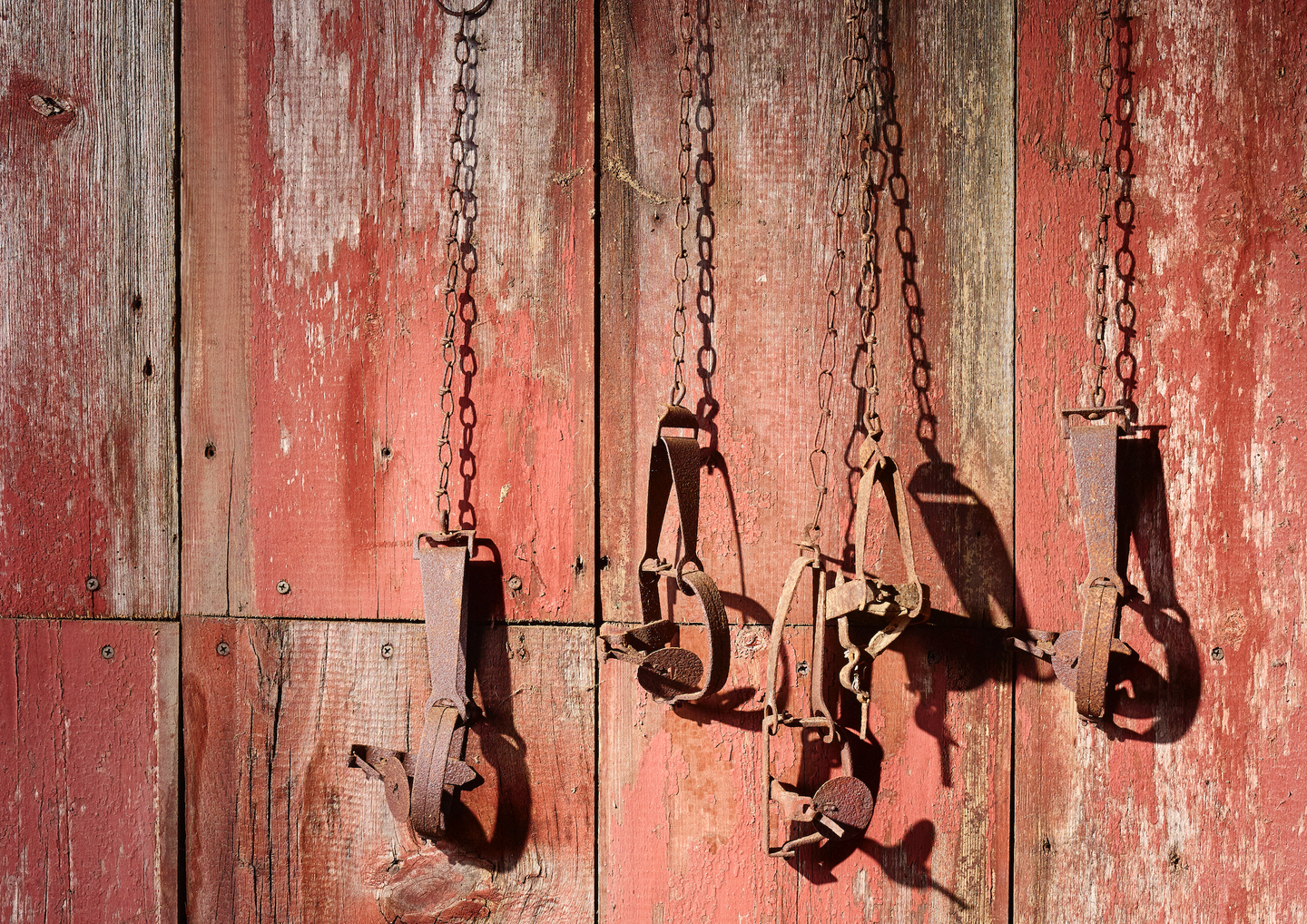 Is Trapping in America on the Brink of Extinction, or at the Beginning of a Comeback?

Low fur prices, anti-trapping laws, and an increase in participation? We take a deep dive into the state of trapping in the U.S.

CENTURIES BEFORE Theodore Roosevelt and the birth of America’s conservation movement at the turn of the 20th century, beaver populations were nearly trapped into oblivion thanks to Europe’s need for a quality hat.

With high demand and a seemingly endless supply of beavers in the wilds of North America, trappers plied the lowlands, trading companies manned outposts, and commerce boomed. For hundreds of years, enterprising traders built their empires and set the groundwork for a colonized continent.

Then, in the mid-1800s, fashionable society decided that men should wear silk hats instead of beaver ones, and the beaver fur trade and trapping came crashing down.

Up until now, the popularity of trapping in America has always been tied to fur prices and the simple rules of supply and demand. When there’s more demand for fur, prices increase and trapping increases. However, trapping is on the verge of breaking away from its economic ties. It’s facing negative pressures, like legislation that bans trapping in several states plus never-ending attacks from antihunting groups. But trapping is also seeing a slight uptick in participation as more wildlife managers trap for predator control, and hunters who were locked down during the COVID pandemic got into trapping because, well, it’s fun.

Randy Newberg is a public lands advocate, trapper, hunting media personality, and accountant—​in that order. When he returned home to northern Minnesota from college in 1984, he and his uncle trapped 125 beavers in a week. They were worth $20 each ($50 in today’s dollars). He paid his spring tuition with money made from beaver pelts. And he wasn’t the only one with that idea.

Furbearer harvest reports show that 1984 was Minnesota’s third-best year for beaver pelts, with 154,000 harvested. The best year for the state was 1986, with 172,000. Nationally, 1986 was the best harvest trappers have ever reported, with more than half a million beavers taken.

Minnesota has kept records of its trapping license sales since 1957, which show the state had the most licensed resident trappers in 1980 at 24,691. And then the demand for all fur turned south in the late 1980s. Global overproduction of farmed fur flooded the market, the economies of major importers like the Soviet Union were on the brink of collapse, and a growing anti-fur movement influenced demand. License sales suffered, as did harvest numbers.

What was the primary reason all those trappers retired their traps?

“It’s 100 percent prices,” says Guy Groenewold of Groenewold Fur and Wool Company. He’s been working in the family’s 60-year-old business since he was 14 and has watched the fur market fluctuate in response to toppled governments, recessions, protestors, and inflation for four decades. He’s watched trapper numbers decline too.

One thing trapping had working against it back then, Groenewold says, is the secretive nature of the old-school trapper. If you wanted to learn to trap before the days of the internet, you needed a mentor—and they were hard to find.

“When I was a kid, you didn’t tell anybody anything,” he says. “You didn’t even tell people you were a trapper.”

Waging a Cultural War on Trapping

In the 1990s, People for the Ethical Treatment of Animals launched the “I’d Rather Go Naked than Wear Fur” campaign. It showed photos of celebrities that left little to the imagination. Pamela Anderson, Dennis Rodman, and other stars of the day were recruited to protest fur as well as anything else related to animals, including medical testing. PETA went straight to the designers, invading the offices of Calvin Klein and generally annoying others like Ralph Lauren.

This was bad news for the future of trapping. At the same time, though, the Association of Fish and Wildlife Agencies was hoping to change the rhetoric. The group worked with state agencies, trapper organizations, and expert trappers around the country to produce a central document that could be used as a guide for trappers, wildlife professionals, and others to improve trapping techniques, reduce incidental take, and improve trapping’s image in the public eye. The AFWA called it “Best Management Practices for Trapping Furbearers in the United States,” and it’s still being used today.

“Before the BMPs, trapping programs were all over the place,” says Tom Decker, a biologist who administers grants related to furbearer management with the U.S. Fish and Wildlife Service. “This was designed to lift all boats on a rising tide.”

Today, 75 percent of state fish and game agencies have mandatory trapping education. Even with these efforts to educate and regulate, trapping is still a target of antihunting groups.

“It’s the low-hanging fruit,” says Brian Lynn, vice president of marketing and communications for the Sportsmen’s Alliance (full disclosure: Lynn is also a former Outdoor Life editor). “And trapping is always on the front lines of the antihunting campaign. It’s easy for people to attack trapping and regulate it out of existence.”

Lynn’s job is to track the barrage of federal and state bills affecting hunting and trapping, and there are plenty. In 2017 alone, there were 19 state bills and three at the federal level that targeted trapping. Out of all of the bills, two passed.

Most recently, there’s Roxy’s Law. In 2018 in New Mexico, a hiker’s dog, Roxy, was killed after being caught in a snare. As a result, state lawmakers introduced the Wildlife Conservation and Public Safety Act, which outlaws the use of traps and prohibits the use of snares and poison on public land. The governor signed it into law this past April.

“The dangerous methods of trapping, snaring, and poisoning on public lands have kept us from moving forward like we should and now we are at a point that our neighboring states have enacted similar bills, making them more likely to benefit from outdoor dollars,” said bill sponsor Senator Roberto “Bobby” J. Gonzales.

It didn’t seem to matter that the snare that killed Roxy had been placed illegally.

Despite anti-trapping legislation, public shame campaigns, and current fur prices (which are in the toilet), trapping participation is actually on the upswing. Decker of the USFWS estimates the country currently has anywhere between 210,000 and 260,000 trappers, which is far and away the most it’s seen since the AFWA began keeping tabs in 1992. So what gives? Many things, Decker says.

Hunter education programs have expanded to include trapping courses. There are more wild animals and more people, which means more conflict between the two groups. He says 54 percent of trappers report that they’ve helped their neighbors with a nuisance animal. And, of course, there’s -COVID-19. Every-one wanted to get outside, away from people. Folks simply had more time to hunt, fish, and trap. And the numbers back him up.

“We’ve seen a tremendous increase last year in the number of trapper education students,” says Bill Seybold, a trapper education coordinator with Idaho Fish and Game. “Trappers can’t make money on it anymore, and people are doing it for different reasons.”

Seybold speculates the recent locavore movement has something to do with the upswing.

Read Next: Hunting for Meat Is Widely Accepted. Wearing Fur from the Predators You Hunt and Trap Should Be, Too

“People want to make their own clothes just like they want to put food on the table,” he says. “And fewer trappers are selling their pelts on the open market. They are making and using the furs themselves and then selling them. The pelt might be worth $25, but make something and sell it in a craft shop and you get $200 for it.”

He does admit that there was a COVID bump, but Seybold is also seeing a wider acceptance of hunting and trapping in general. It never hurts that television shows like Alone feature attractive 30-somethings snaring rabbits and paying respect to the animals.

“Education has made people more aware,” says Seybold. “It’s not the Wild West out there anymore. I’m hoping we’ve turned a corner.”