Newsflash: Women Have Been Hunters as Long as Hunting Has Existed

Women have always hunted, even if many hunters are surprised—millennia later—by that fact 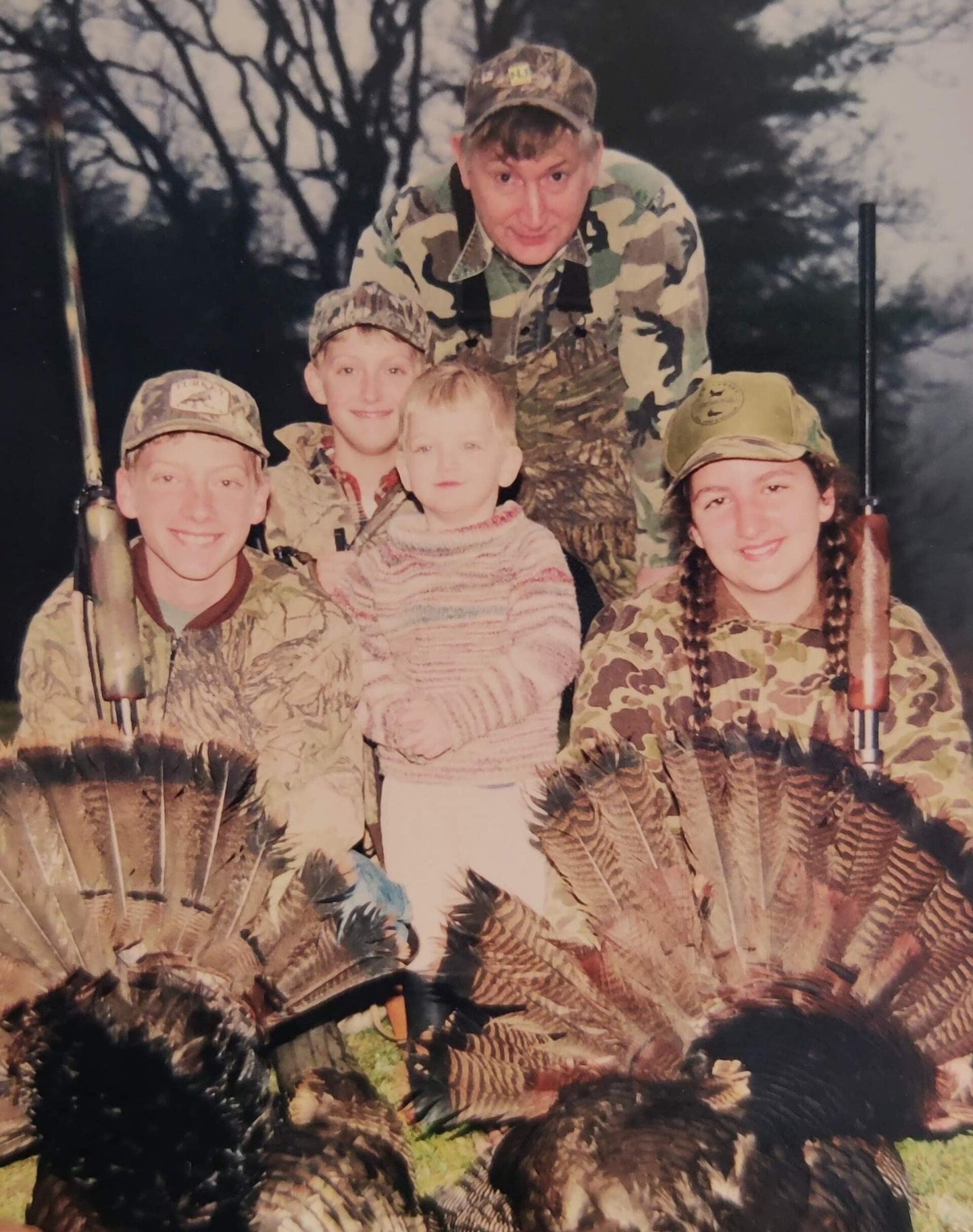 Women have always hunted, even if they haven't always been received as hunters. Beka Garris
SHARE

I was nine years old, pressing my nose up against the cold bedroom window. Outside, my father and older brother walked toward the woods to go deer hunting, their blaze-orange knit hats bobbing up and down. I remember in that moment wishing that I had been born a boy so that I could go hunting with my dad too.

It was the late 90s then, and I hadn’t met any female hunters yet in my short lifetime. My mother wasn’t a hunter. My grandmothers and their mothers before them had never hunted. So, I just assumed that only men were hunters. But that didn’t change the fact that, deep down, I wanted nothing more than to be one.

One day I mustered the courage to tell my dad that I wished that I could go hunting, too. He was surprised, but he didn’t skip a beat either. I was enrolled in my hunter’s safety course immediately. By spring, I was officially a licensed hunter.

As I grew older, I noticed other women who hunted, both in real life and in history books. Brenda Valentine was at the top of the list, showing up in the pages of Turkey Call and the Red Head. My favorite historical figure was Annie Oakley, the famous sharpshooter in the late 1800s. I read everything I could about them. Fast forward to today, and I have been hunting for more than 20 years. Women are one of the fastest growing demographic of hunters. We may still be the “minority,” but we are no longer so rare.

But the proportion of hunters who are female—10 percent in 2016, according to the USFWS—is still well below our historic hunting rates.

A study published last fall detailed the discovery of a 9,000-year-old female big-game hunter in what is now southern Peru. The young woman, estimated between 17 and 19 years old, was buried with a hunting toolkit of stone projectile points and animal processing tools.

Archeologists concluded that among ancient big-game hunters, as many as 50 percent were women, “indicating that big-game hunting was likely gender neutral or nearly so among Late Pleistocene/Early Holocene populations.”

Most people think ancient hunter-gatherer societies divided duties strictly along gender lines: men hunted, women gathered. This recent discovery, among other research, proves otherwise. Yet I feel no surprise at all. This proves what I have always felt to be true: Women have always been hunters. And that 50 percent finding tracks today: According to a recent survey of college students who had never hunted, but indicated they might like to, nearly half were women.

Look back through documented history and you’ll find far more male hunters than female. Yet, hunting was the key to survival, so it only makes sense that it was an all-hands-on-deck situation. Women played a huge part in providing for their families then, as we do now. This resonates with me even more now that I’m a mother. Humans depended on hunting to survive, and I can’t imagine not being a part of that effort.

I liked reading those stories about Annie Oakley so much because I could relate to her so well. One of my favorite quotes of hers is this: “When a man hits a target they call it marksmanship. When I hit a target, they call it a trick. Never did like that much.”

I’ve experienced all kinds of reactions when people find out I’m a hunter. Some are positive, others negative. I haven’t liked all those responses, but none have ever deterred me, either. People make assumptions about me based on my appearance, and it takes people by surprise that I go into the woods by myself, kill an animal, and bring it home. They say things like, “Why not just go buy meat at the store?” and “Doesn’t your husband go with you?”

At the age of 20, I killed a big buck during early muzzleloader season in northern New Jersey. I stopped at a little hole in the wall sporting goods store on my way home to pick up some more muzzleloader supplies for the rest of the season. As I slid out of my truck, I noticed several hunters outside the shop. They were smoking cigarettes and sipping steaming coffee out of cardboard cups.

“Did you shoot that buck?” one of them asked, eyeing the antlers that rose above the tailgate.

I smiled and nodded as one of them approached to take a better look.

“Are you sure your boyfriend didn’t shoot it?”

I laughed this time and assured him that the buck was indeed mine, before walking past the men into the warm shop.

A few years later, I was on my way home from a friend’s house late one night. I was out later than I’d planned and had an early morning the next day, so I was speeding a little to get home. I was cruising through town when I saw red and blue lights in my rear-view mirror.

I pulled over and got out the usual paperwork from my glove box. I had a clean record, so hoped I wouldn’t get a ticket. The officer approached my window and asked the usual questions about why I was speeding, and I handed him my driver’s license. He looked at my license and back at me, then at my truck.

“Are you that girl who hunts all the time?”

I started laughing. “Yes, that’s me.”

Read Next: After Being Barred from the Men-Only Family Deer Camp, Beginner’s Luck with a 215-Inch Iowa Buck

We had a short conversation about hunting, as he was also a hunter. He let me go with a warning.

Some hunters treat me like an outsider, while others welcome me as part of the club. Today, women are still questioned about whether we’re truly hunters. Surely we’re just hanging onto the coattails of our significant others. We often must prove ourselves and our knowledge before being taken seriously. The recent rise in “Instagram huntresses,” women who I’ll define as often pretending to hunt to get free gear and gain likes, has done little to help genuine female hunters earn respect. While trends like those make it harder for us to be accepted as hunters, it also doesn’t matter much. Those of us who hunt for the love of it tend to ignore the noise and keep hunting. Because we’ve always been hunters, and always will be.