There are a lot of great scatterguns out there. Here are some of our favorites 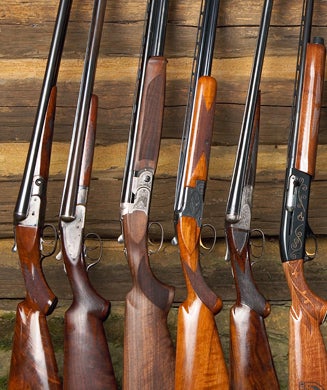 The fluid movement of a favorite shotgun to a winged or furry target; the versatility to hunt ducks and geese in the morning and quail in the afternoon, or even drop a buck with a slug; this is what makes a shotgun a beloved addition to our outdoor life.

I’m sure I am in trouble with someone because their pet shotgun is not on the list, but my choices are those that broke new ground or that have stood the test of time. Their elegant design and quality craftsmanship set the standard by which we judge modern smoothbores and helped us round out our field. Check out my list of the 10 best shotguns ever made in America. 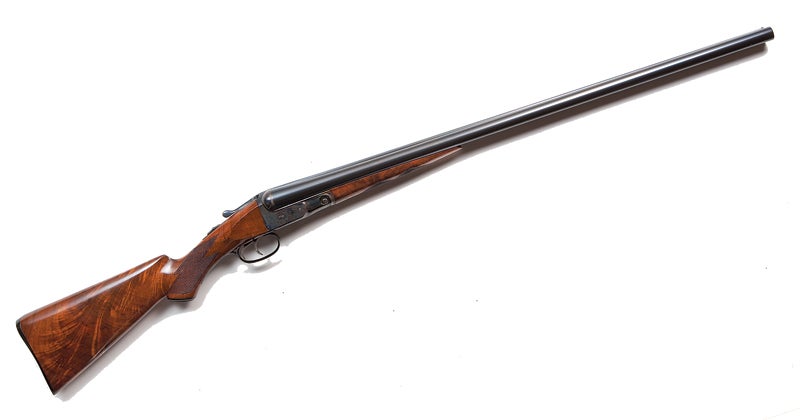 Many shotguns were produced in the golden age–1880 to 1930–but few had a Parker’s quality.

Parker Brothers started business after the Civil War, and instead of making each part by hand, as gunmakers in London did, Parker’s gunsmiths meticulously hand-assembled their guns from machine-made parts. Parker Brothers made nearly 240,000 guns in many grades–the VH Grade was the lowest and most common–gauges, and configurations, from lightweight bird guns to heavyweights for waterfowling, but all were made to the same standard of excellence. ($4,500, VH Grade) 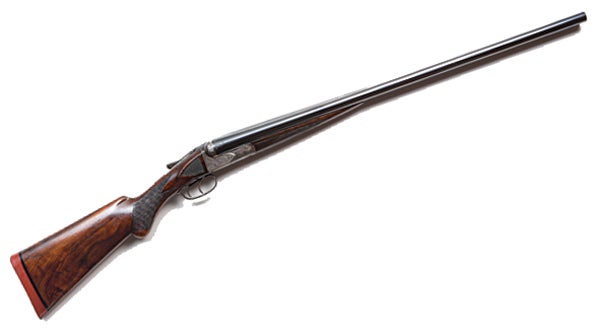 Advertised as “The World’s Finest Shotgun,” the shotgun’s features back up this boast. The locks on Fox shotguns have three parts: the hammer with integral firing pin, the sear, and a heavy coil spring that drives the hammer. Made in many grades and weights, perhaps the most intriguing is the HE Grade Super Fox. Designed solely as a waterfowl gun, it came on the market concurrently with Western Cartridge’s Super X shells. With them, the HE’s over-bored barrels would deliver 80 percent patterns at 40 yards, guaranteed. This 9-pound “super” shotgun began the age of specialty guns for specific game. ($4,800, HE Grade)

Lyman C. Smith sold his gun company to Hunter Arms to chase a newfangled gadget called the typewriter. Hunter Arms then produced many thousands of the only sidelock-­style shotgun made in America until Anthony Galazan began making them in the 1990s. The “Elsie” became the favorite of bird hunters, who loved its lithe feel and balance. Like its competitors, Smiths came in many grades and versions, including a Long Range model to compete with the Super Fox. Smiths enjoyed a short-lived rebirth when Marlin, which bought ­L. C. Smith in 1945, made a small run of Elsies between 1968 and 1971. ($1,500, Field Grade) 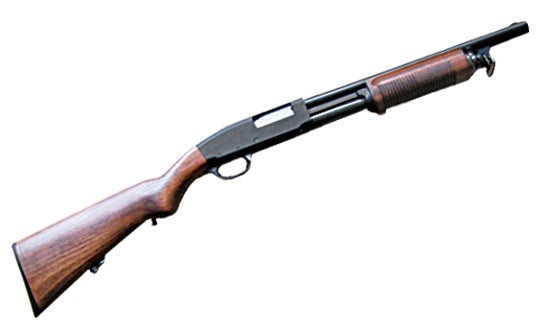 Production of the Model 31 began in that year and ended with World War II. The Model 31 was noted for its slick ball bearing-like pumping stroke and was the darling of many trap shooters and hunters. Like other shotguns of the day, the 31 required extensive machining, which added greatly to the cost of production. Following the war, Remington sought to simplify its production methods, and using the 31 as inspiration, the Remington 870 Wingmaster was born. Since that time, more than 10 million 870s have been produced, making it the most popular sporting arm ever produced. ($265, plain barrel; $320, ventilated rib barrel) 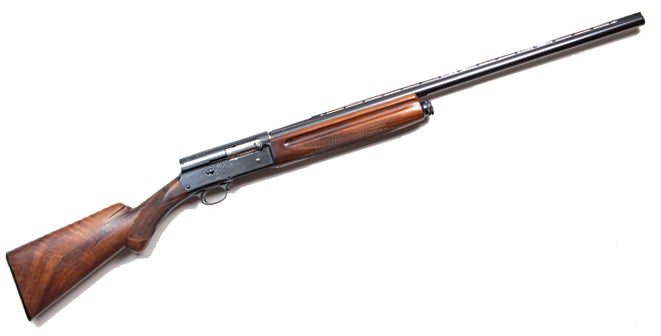 “Five shots under your finger,” read the advertisement when John Browning introduced his recoil-operated semi-automatic Auto-5 in 1903. Few products can boast a near century of production with so little change to the original design as the Auto-5, which was discontinued in 1997 after more than 2 million had been produced. Harnessing the power of the fired shell, the Auto-5 ejected it and chambered a fresh round in the blink of an eye. Not only did the Auto-5 shoot well, but it could do so despite being full of mud or otherwise abused; few were the humpbacks that failed even under the worst of conditions. ($375, plain barrel; $575, ventilated rib barrel)

Made from 1973 until 1983, the 3200 incorporated the unique hood-style top latch and separated barrels of its forerunner, the Model 32. The 3200 is a tough but quite heavy over/under that found great acceptance with clay-target shooters. The 3200 Magnum enjoys a distinct status as the first double gun to be made specifically to shoot steel shot. The 3200’s separated barrels provided for a consistent point of impact, and the swiveling combination barrel selector/safety–left to fire the bottom barrel, center on safe, and right for the top barrel–is perhaps the best designed on any double-gun. ($900, standard mode) 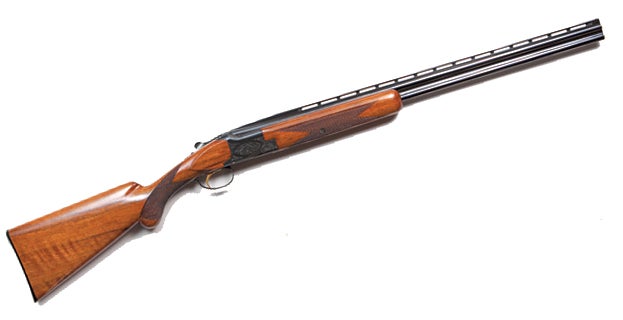 The first modern over/unders were made by Woodward, followed by Boss & Co. in London, but John Browning sought to make one that was affordable to the common man. Introduced in 1931 and still made as a custom item, the Superposed was originally built with twin-selective triggers but was quickly redesigned with a reliable single-selective trigger. Through the years, numerous grades, gauges, and versions of the Superposed were made, yet the original design changed little. Its legacy is the Browning Citori, which is less expensive to produce, yet carries much of the Superposed’s styling and original design. ($1,800, Grade 1, 12-gauge)

When the Olin family purchased bankrupt Winchester Arms Co. in 1926, the Model 21 had already been designed but not produced. That didn’t happen until 1931. A tough, yet graceful double gun, its toughness was proven when John Olin had it and competitors’ doubles fired with proof loads until they failed. Only the 21 survived–after 2,000 proof loads, it was still in fine working order. Many 21s were made with lavish engraving and spectacular wood, while others, such as the 3-inch magnum Duck, were designed for heavy work in the marsh. (From $4,950) 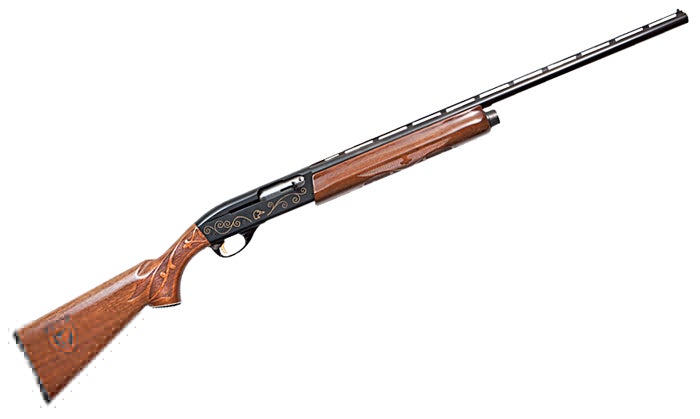 Following World War II, new firearms took advantage of such wartime technology as gas operation. By siphoning off some of the propellant gasses to work the action, these guns spread out recoil and provided reliable cycling of various types of shells. Though not the first made (Sears’ High-Standard Supermatic was), the 1100 was Remington’s breakthrough gas-operated shotgun. It was widely embraced by clay-target shooters for its soft recoil; hunters enjoyed its excellent performance in the field. In the lineup since 1964, the 1100 led the way for all the gas-operated semi-autos we enjoy today. (About $225)