So his ERA is a little high this year. So the Sox are trailing the upstart Tampa Rays. How can... 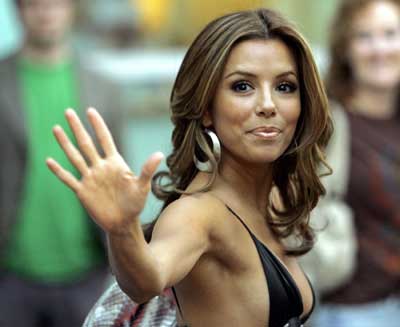 So his ERA is a little high this year. So the Sox are trailing the upstart Tampa Rays. How can you not like a guy who once wore a camouflage glove in a game and routinely wears camo under his baseball jersey?

The Goose has no time for lame singles hitter who celebrate too much on the field or for relief pitchers who can’t pitch more than one day in a row. Newly inducted into the baseball hall of fame, Gossage could still strike out the side in the bottom of the ninth. The guy is an elk killer to boot.

He thought about calling it quits last season (news alert: he might not be done yet!), but came back to lead the Giants to world championship. He’s hunted upstate New York turkeys with the same intensity as he has NFL quarterbacks. We like Mike!

“He can be serious when he needs to be. He can can have a great time when it’s time to have a great time,” says family friend Devlin Roussel (realpeace.com). “One thing about Eli is that his eye-hand coordination is off the charts.” Need to pitch a lure between a forked tree? He’ll do it. Being an M.V.P. quarterback is good enough of us.

“When his gun goes off, there are birds down- period,” adds Roussel. “His eye-hand coordination is just unimaginable.”

Hard to imagine that anyone ever came before Tiger, but there was this one guy named Nicklaus who was pretty good. However if there’s one thing Jack likes more than golf, it’s fishing. Whether it’s trout in Montana or Russia, the Golden Bear will cast a fly to it.

He played baseball… he played football. He played each with great ability. What Bo also did was make no bones about the fact that he loved to hunt and fish- and would tell everyone within earshot all about it. That is why Bo belongs on our list!

Love him or hate him, Coach Knight remains one of the greatest college basketball coaches of all time. He’s also a dyed-in-wool hunter/fisherman who first appeared in the pages of Outdoor Life in the mid-70s.

Ted’s message is clear: I love to hunt. I love to eat game animals. If you don’t agree with me- go to hell. Not really sure if there is anything wrong with that.

Okay, she once shot a bunch of pheasants because she was in love with a guy who liked to hunt. We have no clue whether she still hunts, or whether or not she’s even hanging with the guy who used to take her hunting, but she makes the list cause the Material Girl remains somewhat hot and through her rumored mind-control methods might be able to coerce A-Rod into a round of sporting clays.

Unlike many NBA players, this is one Mailman who never mailed it in whether it was on the basketball court or in the outdoors. After the Sept. 11 terrorist attacks, Malone decided that he needed to do something to make a difference. His plan? The Karl Malone Youth Conservation Initiative. The goal? Get kids out of the malls and from hanging out till 1 or 2 a.m. and help them understand that it’s cool to go hunting and fishing. Way to go Karl!

He’s from Mississippi and Wisconsin and it seems as if football season just gets in the way of Brett’s really important stuff- deer hunting.

Here’s one out of leftfield- but it’s one for the kids. Avril is a popular twinkie, but your kids might like this skatergirl who grew up in Canada and spent much of her time hunting and fishing, despite her brother’s protestations. “My brother used to be like, ‘You’re a girl. You can’t go hunting or fishing. I’d be like, ‘You’re stupid.’ And we’d get into a huge fight.” Alrighty then!

We’re all over NASCAR and as much as we like Junior, we might like Ryan Newman even more. A couple of weeks ago, Newman hosted a celebrity trap shoot in Michigan to raise funds and awareness for an organization called Racing for Wildlife which helps restore game and fish habitat near NASCAR tracks. Catch ’em up, Ryan!

She’s young, she’s hot and she’s atop P.E.T.A.’s target list- We, therefore, love Eva Longoria-Parker. “I can skin a deer and a pig and a snake- and rabbits.” If there is a more perfect woman, someone please tell us- like, now!

COMING SOON: The Anti-Hunters We Love to Hate

Send us your suggestions HERE!