No Headaches Here: Buying a Suppressor With Silencer Central is Painless

If you've been hesitating about buying a suppressor, your time is now, and Silencer Central will make the process painless and as fast as possible. 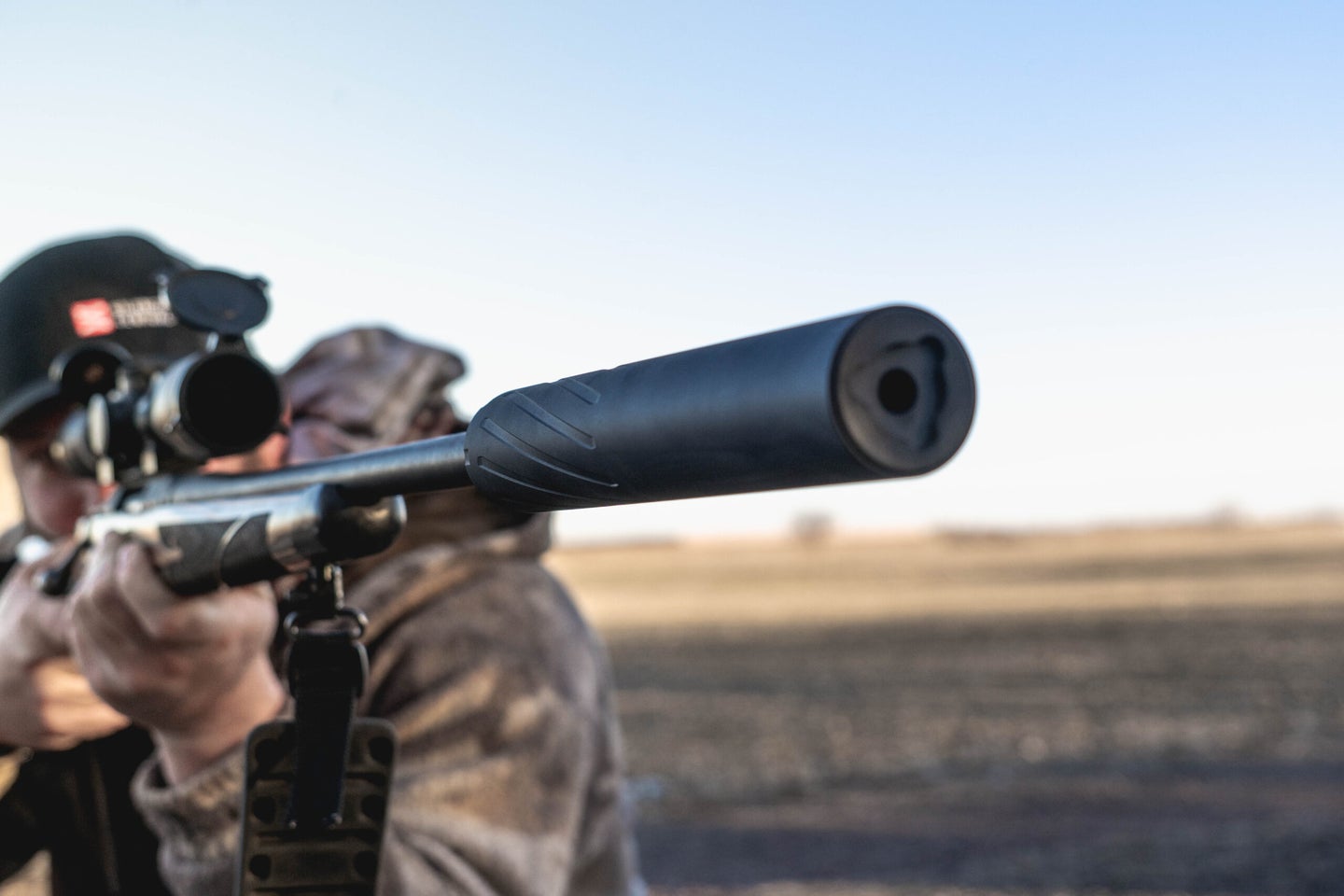 In the past, a great many hunters and recreational shooters who wanted to buy and use a suppressor were put off by the government red tape. Worse, it was federal government red tape, a headache of the first order it was assumed and the source of numerous horror stories via social media!

No, thanks, said the many, shelving the suppressor idea under, “One day…maybe.”

Well, “One Day” is now and there’s no need for maybe. Thanks to Silencer Central of Sioux Falls, South Dakota, applying for and receiving a suppressor is the easiest it has ever been. So easy, in fact, all the application work can be done from home with Silencer Central’s help, and your suppressor will actually be delivered right to your door.

Currently, suppressors are legal in 42 states, and Silencer Central is licensed to operate in all 42. Suppressors are regulated by the federal government under the National Firearms Act, and, yes, federal paperwork must be submitted to apply for and purchase suppressors.

But have no worries—Silencer Central lets you order your suppressor online, sends you the appropriate registration paperwork, and then submits it to the Bureau of Alcohol, Tobacco Firearms and Explosives (ATF). Because of Silencer Central’s special ATF-granted variances, once the mandatory background check is completed and the ATF issues the applicant a “Tax Stamp” that allows the purchase, Silencer Central then mails the suppressor directly to the buyer’s home.

And why a suppressor at all?

The benefits of using suppressors are many, starting  with the hearing protection they provide shooters and hunters. No, suppressors don’t reduce the sound of a gunshot to the “pff-fft” common in Hollywood movies. But what a quality suppressor can and will do is lower the blast of a firearms below the 140 decibels (dB) level that the federal Occupational and Safety and Health Administration or OSHA has determined is harmful to human hearing. Exposure to noise over 140 dB, in fact, can irreparably damage the human ear, and most unsuppressed firearms are at or above 140 dB.

A quality suppressor on a rifle or handgun (or even a shotgun for that matter), will reduce the sound of a shot by 20 to 35 dB’s, so a person can safely shoot that suppressed firearm without additional hearing protection like earmuffs or ear plugs.

Without the need for plugs or muffs, a suppressor will improve communications between hunters and shooters, making shooting that much safer. No more lifting up one side of the earmuffs and asking your shooting or hunting partner, “What?” or missing a comment or question altogether.

And with a suppressor installed on his or her firearm, a hunter no longer has to scramble to get their hearing protection in place when a trophy deer shows up at the other end of the corn field. They can just take the shot!

And once that shot is taken, a suppressed firearm tends to not scare off game like its unsuppressed counterpart. In the field, hunters report that deer, for example, will look around at the sound of the muffled shot, yet often do not flee. This can give the hunter a much better chance at a second shot when the first one goes astray.

For all shooters, one of the frequently unrecognized benefits of suppression is the way it will reduce a firearm’s recoil. Let’s face it—no one really likes recoil, and larger caliber rifles can really wallop a person’s shoulder. The recoil of these guns can be so harsh, many a shooter will find him or herself unintentionally flinching as they squeeze the trigger, and in the process throw off their shots.

But attach a suppressor to the end of the mighty 300 Win. Mag. centerfire rifle, for example, and that hard kick to the shoulder is reduced to a firm push. That’s because the suppressor briefly traps and disperses the explosive gasses that follow a bullet out of the barrel. This brief trap-and-dispersal sequence reduces the energy of these gasses, reducing felt recoil and muzzle rise.

With reduced recoil, the chances for shooter flinching are also lowered, resulting in more accurate shooting. Plus, this recoil reduction makes the shooting itself more enjoyable, resulting in more practice time with the firearms. That translates into increased accuracy, too!

Which suppressor is right for you and your firearms? Start your research on the Silencer Central website at: www.silencercentral.com. Silencer Central offers a wide range of suppressors from top manufacturers like AAC, Gemtech and SilencerCo, as well as its own Banish line of rimfire and centerfire suppressors.

Have questions? You can also call a Silencer Central suppressor expert during normal business hours at 888.781.8778, including Saturdays, or do an online chat.

Silencer Central also offers its customers the option of a free NFA Gun Trust, with the purchase of a suppressor. A trust is a legal tool for holding and transferring assets, and the NFA Trust allows the trust holder to add family and close friends to the trust so they can use your NFA items, including your suppressors, without you being physically present. In other words, if you want to let somebody borrow your suppressor and take it hunting? You can easily do that by putting them on your trust.

And, once an NFA Gun Trust is established, it can be used again and again to buy additional suppressors or other NFA items like short-barreled rifles.

What if you want a suppressor but your current firearms don’t allow you to attach one? Turns out, Silencer Central gunsmiths will thread the barrels of your firearms to accept suppressors.

If you’ve been hesitating about buying a suppressor, your time is now, and Silencer Central will make the process painless and as fast as possible. Your ears will thank you!