Hell or Highwater on the New River

To access the best fishing on the New River, you’ll need a boat, the skill to row it, and the will to take on West Virginia’s whitewater 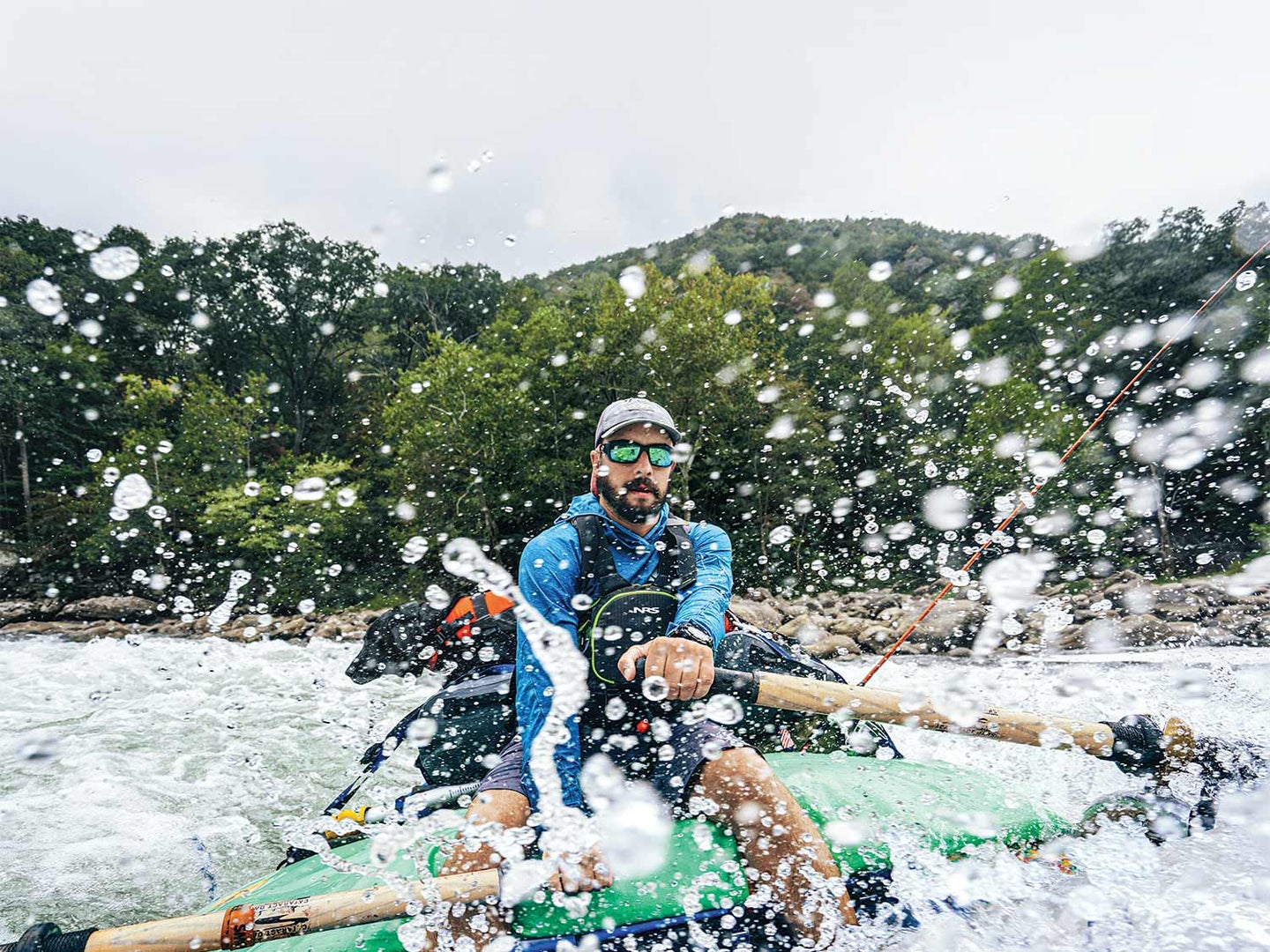 Measurements taken at the old mining town of Thurmond show the New River spikes to nearly 100,000 cfs each March, then dwindles throughout the rest of the year. That makes spring the most hazardous—­and thrilling—time to raft it. Nick Kelley
SHARE

The New River is many things—­gorgeous, deserted, dangerous—but new isn’t one of them. It was named unwittingly, so the story goes, after a pair of fur traders explored what was then territorial Virginia. They labeled each fresh landmark “new mountain,” “new stream,” “new river,” and so on. The description stuck. Yet at 360 million years old, it’s one of the oldest rivers on the planet. The New existed before tectonic forces shoved the Appalachians up around it and the current carved out what’s now the New River Gorge—the longest and deepest gorge in Appalachia. It’s also one of the best fishing destinations east of the Mississippi.

As we load boats at the put-in, I survey our crew. My buddy Zach Simon guides white­water here and in Colorado, and his Lab, Otter, has spent more time on the water than most humans. Nate “Archy” Archambault guides anglers on the New; his girlfriend, Kate Barker, didn’t own a PFD until this morning. Photographer Nick Kelley is snapping pictures even though I know he wants to unpack his flyrod, and I’m here for the bass—and the rapids.

We could find more pristine whitewater out West, but there’s no river with a better story. The New is a comeback kid. Those geological processes that exposed sandstone and shale along these banks also exposed seams of coal. The New River coal field boomed in the late 1800s, and the river ran black. Workers refined the high-quality stuff and shipped it off to heat the steel that would build New York, Chicago, and, some say, the Titanic. The rush petered out after World War II, and most of the mines closed.

The New River recovered, mostly, but there are still scars. In the sand where we stake our tents, you can still see flecks of black coke from the coal ovens. Meanwhile, the river suffers from continued illegal waste dumping by residents and failing sewage infrastructure. Archy catches 24-inch brown trout in feeder streams here, pulling them from under mats of plastic trash and dirty diapers. Arbuckle Creek, which flows past the rafting company where he and Simon work and into the New, holds trout. It’s also an EPA Superfund Site, still dealing with fallout from the coal industry.

This place has the aura of a junkyard reclaimed. It feels like the river is trying to sweep away our mess and win back the gorge. It feels wild. Once, we spook a young black bear on the shore that flees up and over the railroad tracks. I paddle past farmhouse-size boulders, and twisted metal wreckage in the middle of the river. There’s no patch kit that could fix the gashes it would rend in our rafts.

Read Next: Fishing the Driftless Area: The Best Kept Secret in the Trout World

Our days on the river are lazy ones, punctuated with flurries of bites and rapids to navigate. But to catch fish—and to survive the whitewater—you need experience or a guide. “If you make mistakes, they’re huge,” Archy says of the hydraulics, the strainers, the undercut rocks. “And it takes just one mistake.”

We don’t see other boaters until the last day, as we approach the biggest rapids. I assume this final gauntlet will mark the end of our trip (Class IVs and Vs at peak flow). But as we drift toward the takeout that lies just past the soaring steel bridge, a smallie strikes my swimbait. As quickly as I release it and cast into another riffle, there’s another bite. Soon I’m catching fish on nearly every throw: small ones, each as feisty as the last. I scramble to release each so I can catch the next, all while playing keep-away with Otter, who’s as fond of fish as his namesake. Simon rows to a rock just under the surface and climbs out. He leans into the current, holding the raft so I can keep fishing. At last we have to call it, and give in to the pull of the river.