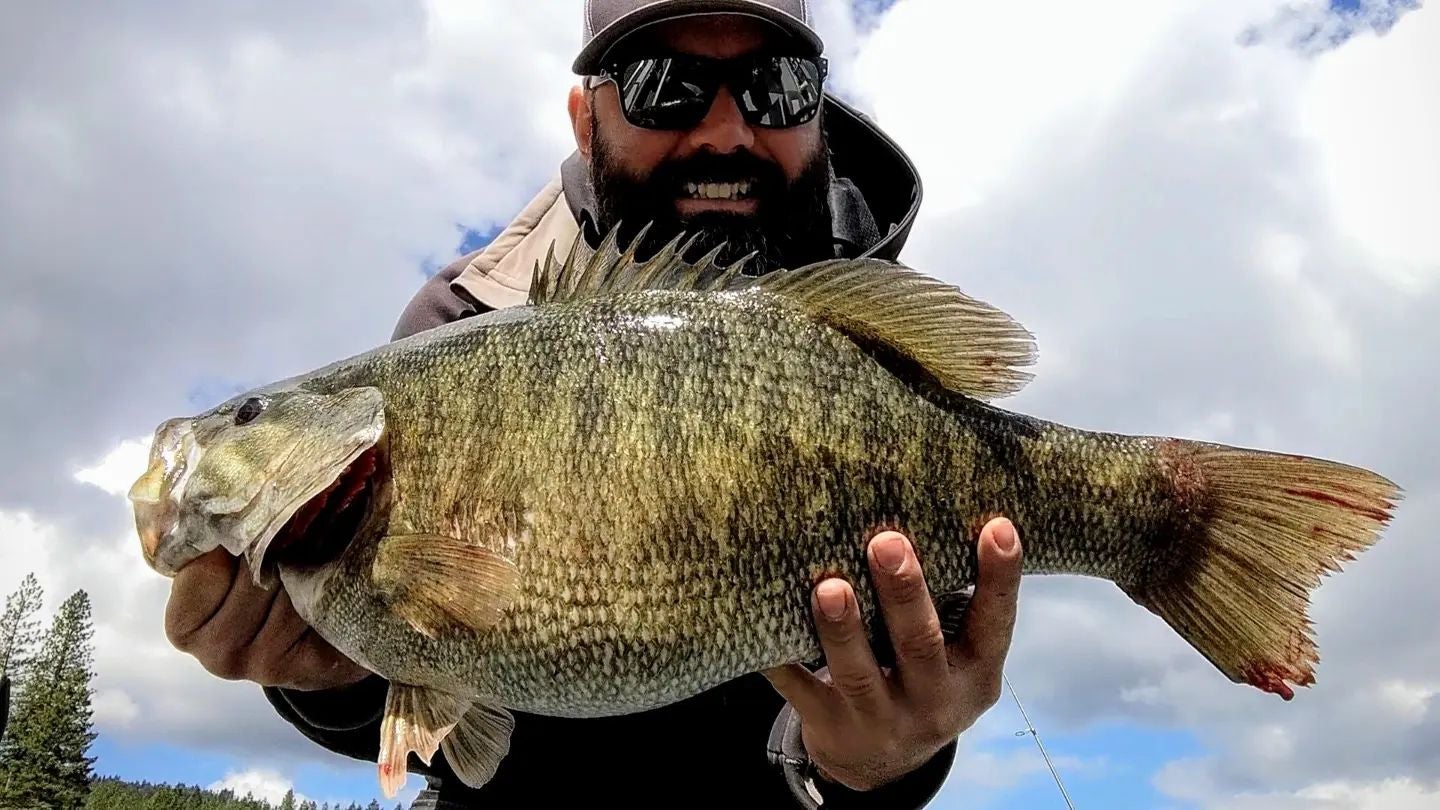 Wendt's smallmouth has been confirmed as a new state catch-and-release record for the species. Travis Wendt / Facebook
SHARE

When Orofino-based fishing guide Travis Wendt got a day off from his busy schedule last Tuesday, he decided to load up his dogs and go fishing. He trailered his boat up to Dworshak Reservoir, hoping to unwind and “[catch] up on the busyness of life,” as he said in a recent Facebook post. He certainly wasn’t on a mission to set a new state catch-and-release record for smallmouth bass, but that’s precisely what happened that afternoon.

Using a Ned rig, Wendt hooked and landed a 23.5-inch smallmouth. He knew right away that the fish was long enough to break the state catch-and-release record of 22.75 inches, but his scale showed 7 pounds, 11 ounces, which wasn’t enough to break the certified weight record of 9.72 pounds. (Idaho maintains separate state-record books for fish that are released alive, using length as the determining factor, and for fish that are killed and weighed using a certified scale.) So he took plenty of measurements, snapped a few photos, and revived the hefty bronzeback before letting her go.

The local guide told the Lewiston Tribune that the large female had a torn-up tail and was likely getting ready to spawn. He also said that while he’s happy to have the current record, he expects it to be broken soon enough.

“Hopefully somebody will beat me. That will be cool. It’s always fun seeing those big fish come out of there,” he told the Tribune. “It could be beat tomorrow,” he added. “It wouldn’t surprise me if it gets beat sometime soon—in the next year or so.”

And if the past is any indication, the next state-record smallie is almost guaranteed to come from the same lake, which is fed by the North Fork of the Clearwater River. The last two catch-and-release records for smallmouth came from Dworshak Reservoir, according to IDFG. The previous catch-and-release record was caught there only two years earlier, in 2020, by angler Dustin Shepard. The three heaviest bronzebacks landed in Idaho over the past 40 years have also come straight from Dworshak, including the current certified weight record of 9.72 pounds that was set by Dan Steigers in 2006.

Biologists with the state agency say that kokanee—a species of landlocked sockeye salmon—are the key to Dworshak’s trophy smallmouth population. “In years when kokanee are abundant—and usually smaller as a result—they provide the ample food needed to grow supersize smallmouth,” according to a press release from IDFG.

A report issued by the agency in March showed that the reservoir was teeming with young kokanee last year, and with this information in mind, IDFG fisheries biologist Eli Felts predicted that Dworshak’s smallies would grow quickly as a result.

“Smallmouth grow very fast when they have an abundant diet of kokanee,” Felts wrote on March 28. “This growth tends to lag a year, so I expect to really start seeing the effects of the recent increase in kokanee abundance this coming year.”