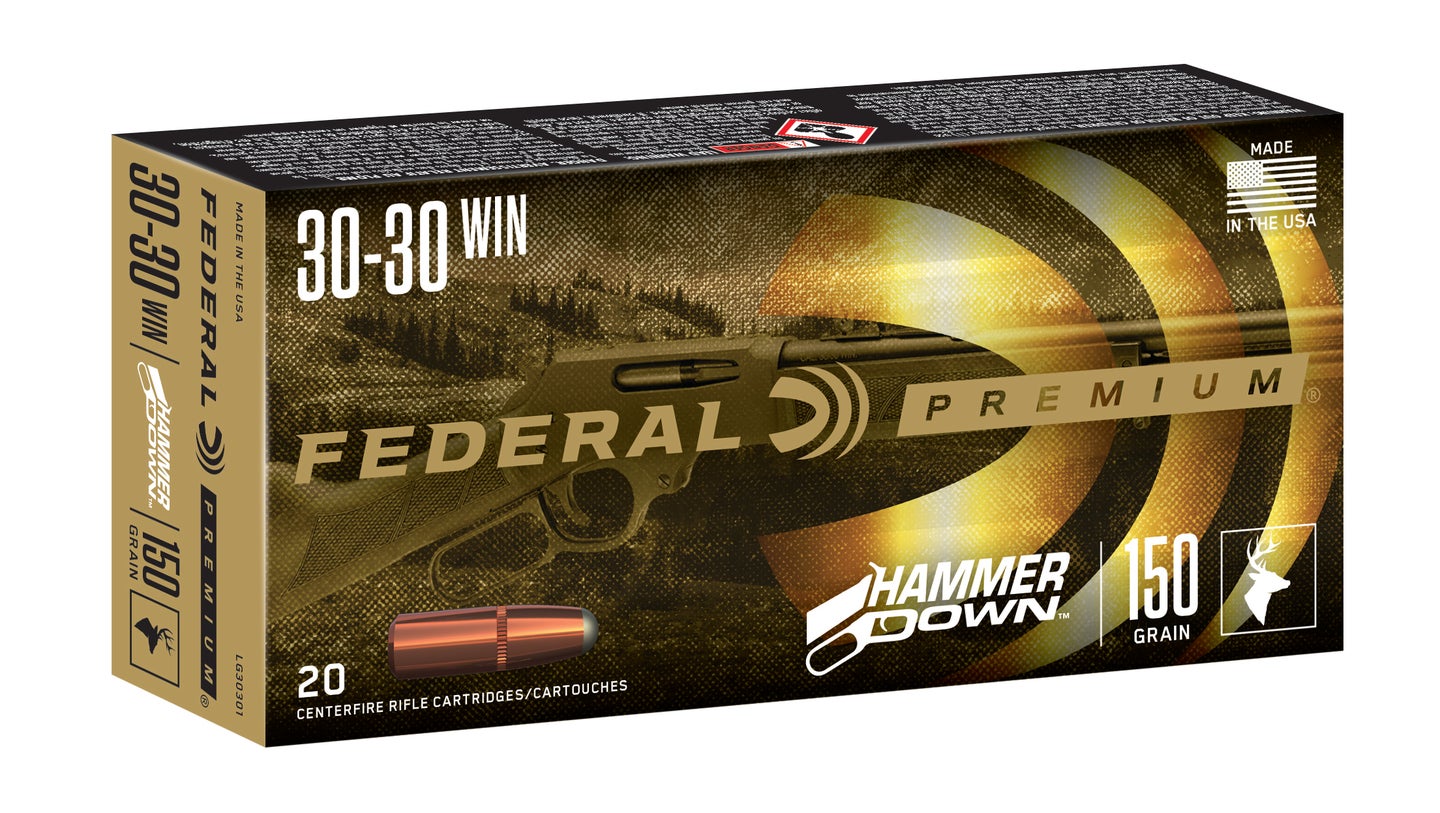 Federal's Hammer Down was built to cycle better through lever-action rifles.
SHARE

Federal’s Hammer Down line is targeted directly to lever-gun hunters. Federal worked directly with Henry Repeating Arms on this project to solve common loading, feeding, and cycling issues with standard ammunition by deburring and adding slight chambering at key spots on the cases. They also added a higher quality bullet, a controlled-expansion bonded bullet that will perform better than typical lever-gun offerings. You’ll get reliable cycling, as well as expansion without sacrificing penetration. If you’re a lever-gun hunter, especially in straight-wall states, you’ll want to check this out. It’s going to be hitting the shelves in standard lever-gun cartridges from .327 Federal magnum up to .45-70.