A charging bear crushed his skull, and left him to die alone in the Alaskan bush 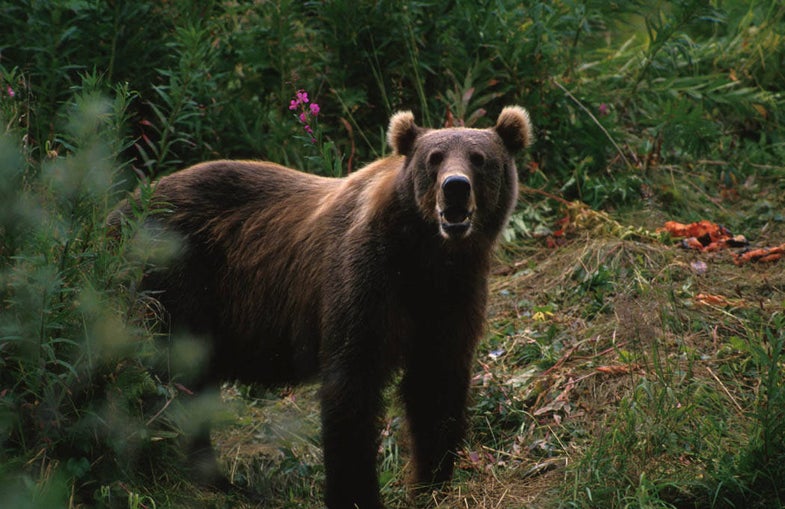 Allen Minish, 61, was alone surveying real estate near the town of Gulkana, about 200 miles north of Anchorage when he strayed within 10 yards of a brown bear he hadn’t seen, according to a news report from Newsweek.

Minish knew he was in a jeopardy and tried to hide from the bear behind some spruce trees, but the bear saw him and charged.

The estimated 300-pound bear was on Minish in an instant, leveling spruce trees, and swatting aside a surveying pole Minish tried to use as a foil.

“As he lunged on top of me, I grabbed his lower jaw to pull him away,” Minish reported to the Associated Press. “He tossed me aside and, grabbed my face.

“He took a small bite and then he took a second bite, and the second bite is the one that broke my bones … and crushed my right cheek.”

The 10-second attack left Minish bleeding and in pain, but alive. He called 911 and gave his location via GPS and about an hour later EMC crews arrived.

Read Next: How to Pick the Right Sidearm for Backup Bear Protection

Minish, a resident of the village of Chitna, believed he could hear the bear nearby and worried it would return to attack again, as he became dizzy from blood loss.

“He didn’t come back, and so I just lay there and worried about it,” Minish said.

An EMC crew arrived and Minish was airlifted to a hospital in Anchorage where he went into a four-hour surgery. Minish had a firearm in his vehicle but had not brought it with him while surveying. He said the brown bear charged so fast he doubted the firearm would have offered any protection anyway. He has learned not to survey alone, however.

“I should have had somebody with me,” he said.

The bear has not been located by authorities.