Attacked on the Nushagak: When a Moose Hunter Gets Pinned by a Brown Bear, It’s Up to His Hunting Partner to Save His Life 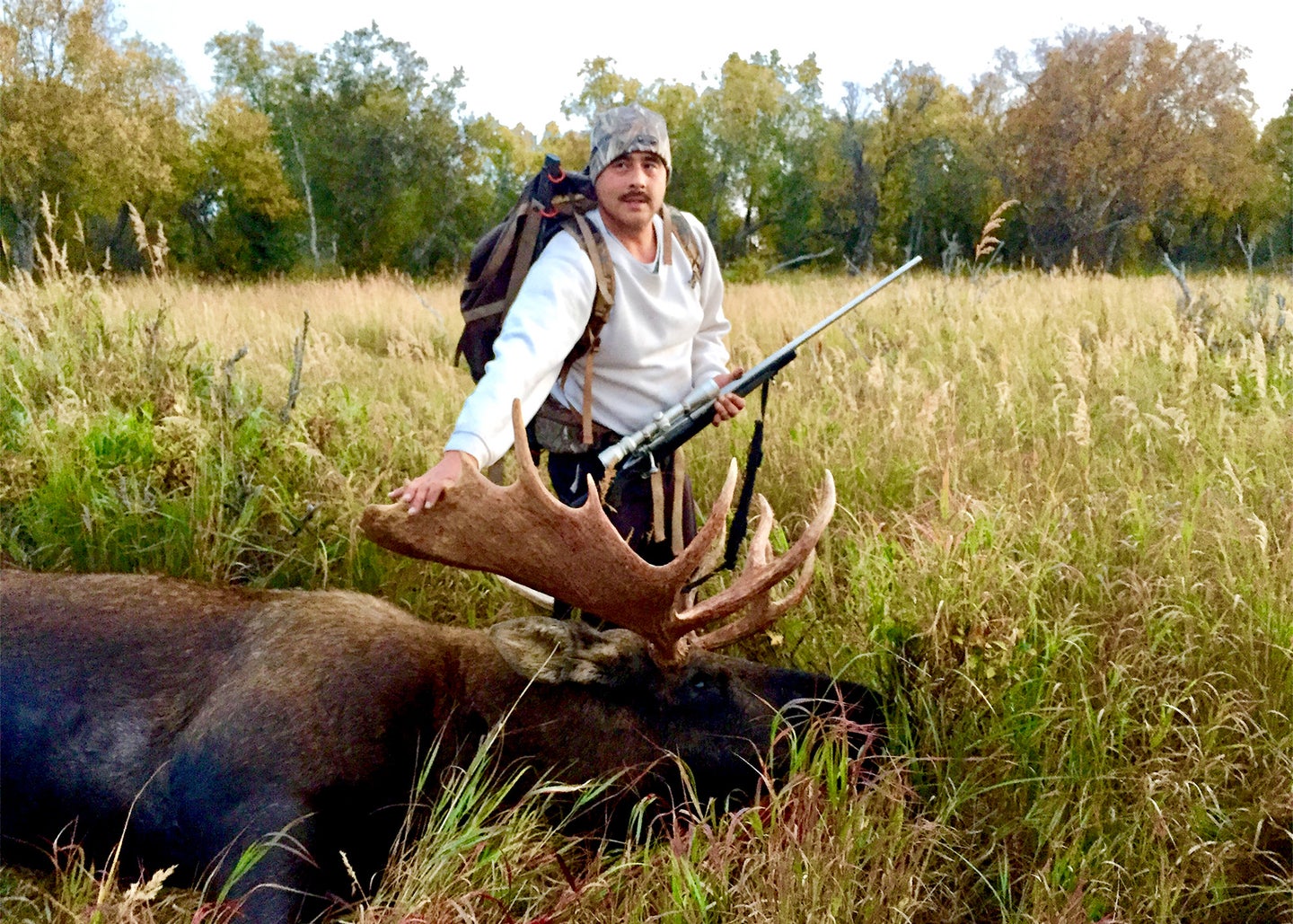 John Casteel stands next to a moose he harvested in 2018. Chad Felts
SHARE

John Casteel has a damn good hunting partner. The 40-year-old Alaskan native spends plenty of time with his friend Chad Felts, commercial salmon fishing all summer and chasing moose together in the fall. But it wasn’t until two weeks ago that he got to see what his friend was really made of.

On the evening of Sept. 9, Casteel was mauled by a brown bear while he and Felts were moose hunting along the Nushagak River. Casteel was pinned on his belly, with his rifle out of reach, while the bear tore into him, biting deep into the man’s arm, back, and left leg as it shook him side to side. Felts could hear the screaming and growling, and after running to his friend’s aid with a scoped rifle in his hand, he took aim, and fired.

“The bear was growling, chewing on my legs and on my back,” Casteel tells Outdoor Life from a hospital bed in Anchorage. “And the way I felt was: Either I was gonna die or that bear was gonna die. And I’m pretty sure you know the outcome of that.”

Casteel’s family has lived in Dillingham for at least four generations. Located at the mouth of two major salmon rivers—the Wood and the much-larger Nushagak—the town is one of the main commercial fishing hubs in Bristol Bay. And while it’s home to a small airport and a year-round population of a little more than 2,000 people, this is still the Alaskan bush—a place where berry picking, salmon fishing, and moose hunting are intertwined with everyday life.

So, on Friday Sept. 9, when Casteel and Felts knew the tides would be high enough for them to make it to their spike camp on the Nushagak, Casteel left early from his job at the local hospital and loaded up their aluminum skiff. Setting out from Dillingham in the late afternoon, they brought along Felts’ mom and another woman.

After running across the inlet and up the braids of the lower river, they finally reached their camp near Portage Creek. With only a few hours of daylight left, the group decided that the two women would stay in camp while the men headed a quarter-mile upriver to scout for moose.

“About a week before, someone had got a moose in that area, about a half-mile walk inland from the river,” Casteel says. “So we decided we would head up to where the moose had been killed and just scope out the area.”

After running upriver and tying off their boat, the two men worked their way inland. Each of them carried a rifle. Casteel had a rough idea where they were headed, and the two stayed close to one another as they hiked through stands of spruce and brush that broke up the stretches of open tundra. After about a half hour, they where approaching another patch of trees when Casteel kept walking straight and Felts broke off to the right.

The two men were still separated when Casteel stopped in his tracks. He noticed a large brown shape in the brush just ahead of him. Then he saw the fur move.

“I had a feeling that whatever it was I got its attention,” Casteel says. “And before I know it, there was the bear.”

Casteel had stumbled right up on the kill site, and he was 25 yards away from a scavenging brown bear. It was too late to avoid a charge now. There was no undoing what had been done. Acting on a reflex, Casteel shouldered his Remington .270 and shot the bear square in the chest.

“The bear was facing me at the time. And it got mad. It got really mad,” he says. “So I put another bullet in and shot as fast as I could. Then I went to run away, but as soon as I turned around, I tripped. And that’s when the bear got me.”

Felts to the Rescue

With his rifle tossed aside, Casteel covered the back of his head with his hands as the bear sunk its teeth into the meat of his left thigh. It bit him again and again as he screamed for help.

“That’s when my partner came up and started shooting the bear off me,” Casteel says. “He came a little closer because he was afraid of shooting me, and the bear was chewing me up and shaking me back and forth. He fired three shots.”

After hearing the shots, Casteel says he can remembers looking over his shoulder as the bear took a few steps back and fell over, landing right on top of his rifle.

The first thing Felts did was take off his belt and fashion a tourniquet around Casteel’s upper thigh. Then he grabbed his inReach and texted Casteel’s dad in Dillingham. He eventually found his partner’s rifle underneath the dead bear and shot it once more for good measure. Then they got the hell out of there.

“Chad said we need to get out of here, you can’t die on me,” Casteel says. “I don’t even know how he held me up, but he dragged me out of the forest. I had my right arm around his neck and I held onto the belt with my left hand.”

When they got to the next opening, Casteel collapsed from the pain in his leg and couldn’t go any further. Felts gave him back his .270, sprinted down to the boat and ran for camp, where he picked up his mom, who’s a trained nurse. By the time they found Casteel again, Felts had heard back from his dad. He told him a Coast Guard helicopter was on its way from Kodiak Island, but that it would take at least two hours to get there.

As they waited for the helicopter, Felts helped his mom clean Casteel’s wounds and wrap them in gauze. They built a fire nearby, taking turns warming their coats in the flames and wrapping them around Casteel, who was showing symptoms of shock. Blood was pouring out of the holes in his leg, and he sweated uncontrollably as the darkness set in around them.

“We just waited, and it got darker and darker,” Casteel says. “But when we heard that helicopter, boy, it sounded so great.”

Casteel never lost consciousness as he was flown to the airport in Dillingham. After doctors got him stabilized at the local hospital there, they medevacked him to Anchorage, where he was admitted into the critical care unit at the Alaska Native Medical Center. By Saturday morning, Sept. 10, he was in his first surgery. It wouldn’t be the last.

Although he was still lying in a hospital bed 10 days later, Casteel says he took his first two steps using a walker on Tuesday. He also had a special visitor that day.

“My buddy Chad, he came to Anchorage, and he brought me pictures of the bear’s skull,” Casteel says. “I could see how big the teeth were that penetrated my skin, and it was a big bear—it ended up having a 25 and ½ inch head. Oh my Gosh, I was just so thankful for him.”