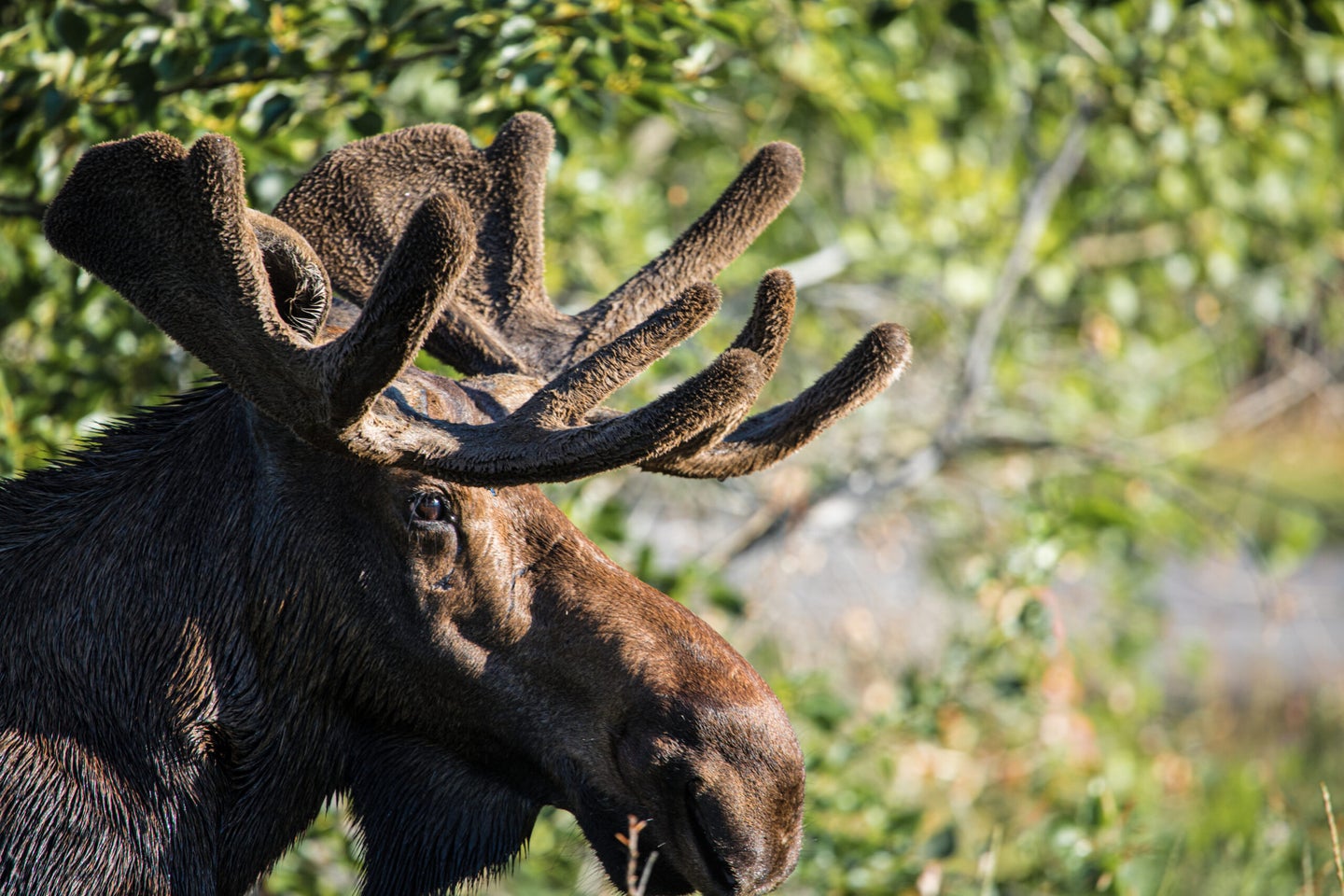 A camper in the Idaho backcountry shot and killed a charging bull moose at close range this month. NPS
SHARE

An unnamed camper at a popular backcountry Harrison Lake, Idaho, campsite had to defend himself and his dog from an aggressive, charging bull moose. The camper shot and killed the moose with a .45 caliber pistol on June 24, according to the Idaho Department of Fish and Game.

Harrison Lake is north of the town of Sandpoint, Idaho, just east of the Washington State line. The moose reportedly destroyed the campsite and attacked the man and his dog. The pair sheltered behind some trees in an attempt to put an obstacle between themselves and the animal, but the bull didn’t stop its charge. The man shot the moose with his handgun at close range, according to Idaho Fish and Game officials, who arrived on the scene and located the dead moose.

After the incident, the U.S. Forest Service temporarily closed the Harrison Lake trailhead because of the potential for another animal encounter with hikers and campers: danger from bears drawn to the area to feed on the moose carcass. Idaho Fish and Game spokeswoman Kara Campbell says the unidentified man had a complete campsite established when the moose charged. Moose sightings have been common at Harrison Lake for many years, and aggressive animals have been documented there.

Prior to the incident, USFS had posted a trailhead sign warning visitors about an “aggressive moose” in the area. Local residents say the Harrison Lake trail has become extremely popular recently, and the influx of new visitors are often unprepared for backcountry hiking and camping.

Harrison Lake is one of the most visited trails in the Idaho Selkirk Mountains, which has a healthy population of moose, bears, and wolves. Visitors should be aware of those animals, says Campbell, and the potential for encountering wildlife at any time.

“Educate yourself,” she told The Spokesman-Review. “Bear spray isn’t just for bears.”

What to Do If You Encounter a Moose

While bear attacks get lots of attention, moose are known for being unpredictable and are responsible for lots of animal attacks. Here’s what to do if you encounter one.