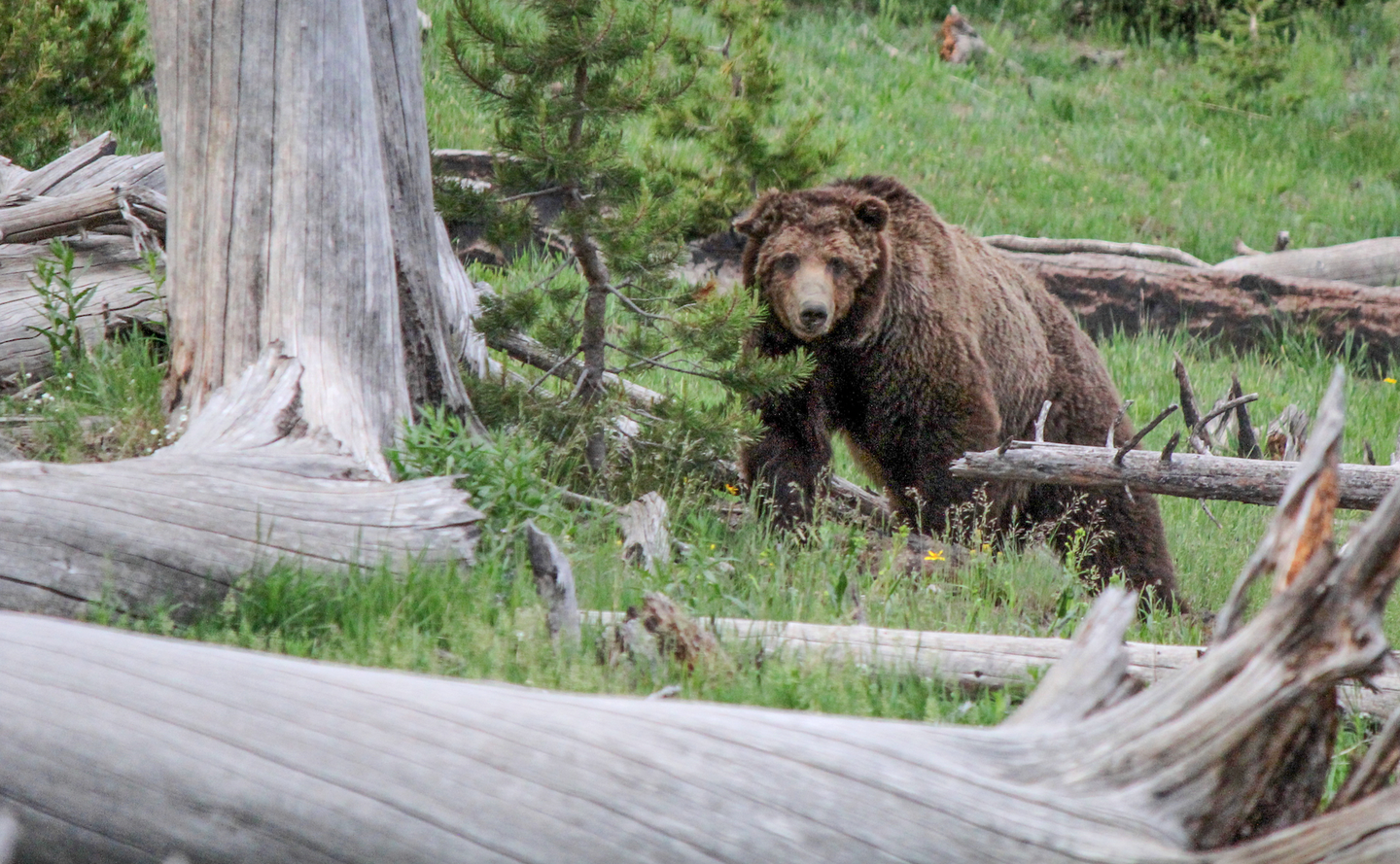 Black bear hunters in North Idaho should always be prepared for an encounter with a grizzly. NPS
SHARE

Two black bear hunters in North Idaho recently had a run-in with a grizzly bear that ended with the grizzly being shot and killed. The incident occurred on June 8, and investigators have since confirmed that the bear was shot in self-defense.

Officials with Idaho Fish and Game were originally notified by the Boundary County dispatch office. According to the IDFG report, the hunters were in the Ruby Creek drainage outside of Bonners Ferry, and they had just shot a black bear. They were in the middle of retrieving the carcass when a sub-adult male grizzly appeared out of the dense brush near the kill site. The two hunters slowly backed away from the area and attempted to haze the bear by yelling and making loud noises.

Undeterred, the bear continued to approach the hunters, so one of the two men shot the bear at close range and killed it. Neither of the two hunters were injured during the encounter.

Fish and Game officers responded to the scene, where they recovered the bear carcass and investigated the incident. The killing was determined to have occurred in self-defense, and neither of the hunters were charged with any wrongdoing.

Grizzlies are listed as a threatened species by the United States Fish and Wildlife Service, and the species is federally protected under the Endangered Species Act. In Idaho, grizzlies and black bears coexist in several areas throughout the state, including the Panhandle, and hunting in grizzly country always presents its own level of risk. IDFG has a number of recommendations for hunters in grizzly country, including hunting with a partner, retrieving meat as quickly as possible, and making plenty of noise, especially when around creeks and thick vegetation.

As grizzly populations increase throughout the state, wildlife officials also warn hunters to take extra precautions to ensure their target is the correct species. Last month, a hunter’s trail camera photographed a grizzly bear in the North Fork area of Salmon, Idaho. The area isn’t known for grizzlies and hasn’t reported a sighting since 2020.

Read Next: If You Live in Bear Country, Then You Already Know—Bears Must Fear Us

The growing number of grizzlies in Idaho and the expansion of their range throughout the state are two of the reasons why Idaho governor Brad Little formally petitioned the USFWS to remove grizzly bears from the endangered species list in March.