Her death makes for the fourth fatal encounter in the U.S. since May 31 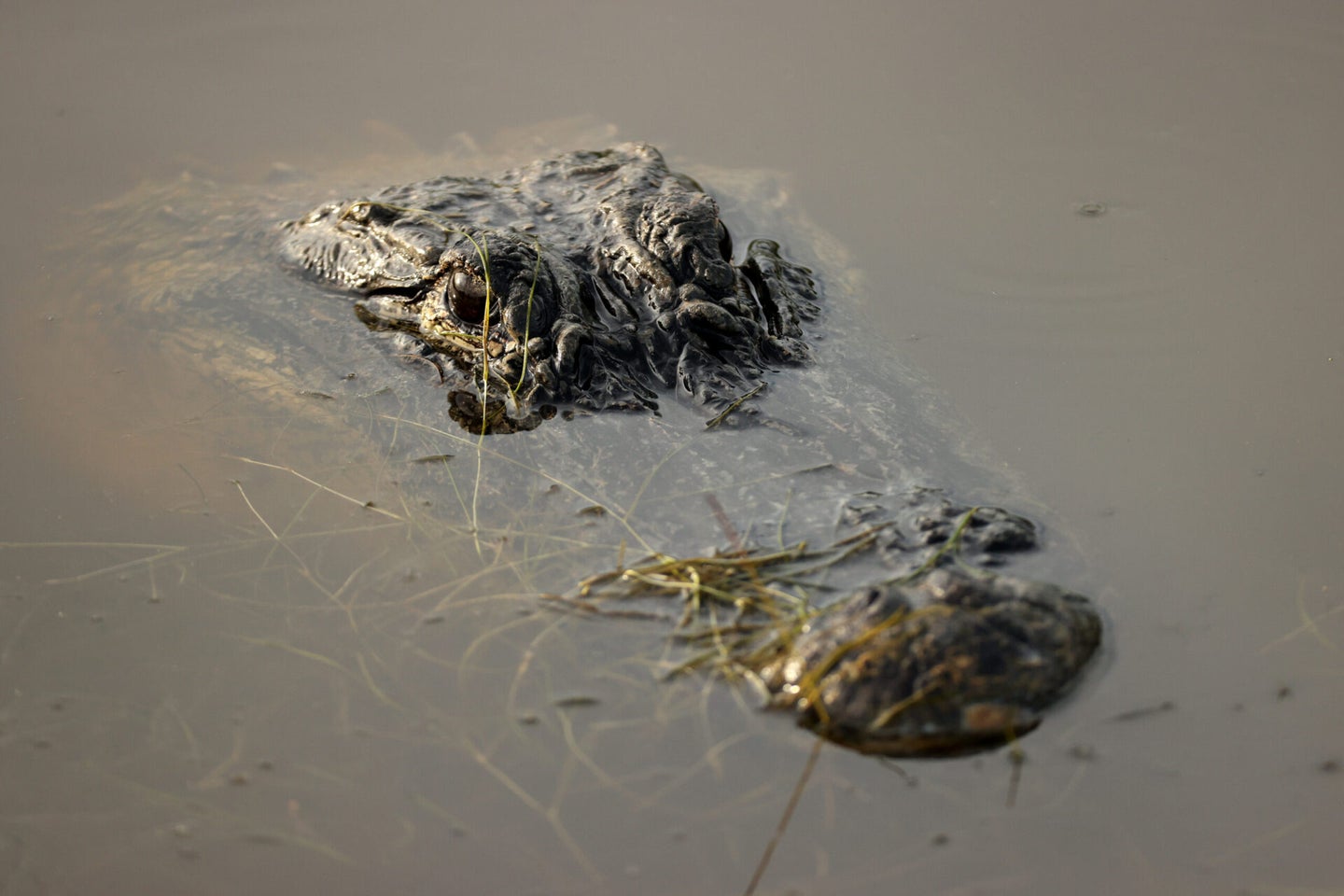 A South Carolina woman was killed by an alligator in August, making it the nation's fourth fatal attack since May 31. Gregory Shamus / Getty Images
SHARE

A South Carolina woman was killed by a 9-foot, 8-inch alligator after she fell into a pond on Aug. 15. The gator, which was known to residents, was removed from the lagoon and euthanized the same day.

Nancy Becker was a resident of Sun City Hilton Head, a large community located just inland from Hilton Head Island in Beaufort County. Authorities believe the 88-year-old woman was gardening outside her home at the time, and that her fall was an accident, according to the New York Times. When they arrived on the scene after a late-morning call from another Sun City resident, the alligator was reportedly guarding her body.

The Medical University of South Carolina in Charleston performed an autopsy Tuesday morning, during which they ruled the cause of death as blunt force trauma caused by the alligator, according to Beaufort county coroner David Ott.

Neighbors remember Becker as a kind woman who had survived both her husband, Don, and their white poodle, Muffin.

“She was a lovely lady,” neighbor Bruce Iler told The Island Packet. “Just delightful and a genial spirit.”

This marks the fourth known time that a person in the U.S. has been killed by an alligator in less than 11 weeks. A Florida man was killed while retrieving a frisbee from Taylor Lake on May 31. Another man was dragged into a retaining pond in Myrtle Beach, South Carolina, on June 24, and another woman fell into a pond with two alligators near her home in Englewood, Florida, on July 15.

Alligator breeding season begins in April and lasts through June. Females lay eggs in late June or early July, and hatching season lasts through September. This long stretch from late spring to early fall marks the alligator’s most active time of year. But it’s also arguably the most active time for humans, when outdoor time increases and proximity to water is commonplace, especially in warmer regions where the reptiles tend to live. South Carolina allows for the hunting of alligators beginning in September, and Florida’s alligator hunting season opened on August 15.

“Alligator attacks are rare but not surprising,” Maj. Angela Viens, public information officer for the Beaufort County Sheriff’s Office, told the New York Times about the area. This is the second encounter to occur at the living community in five years, but the first fatal one. Sun City Hilton Head declined to comment.