Rancher Pinned Under ATV for Two Days Survives on Beer 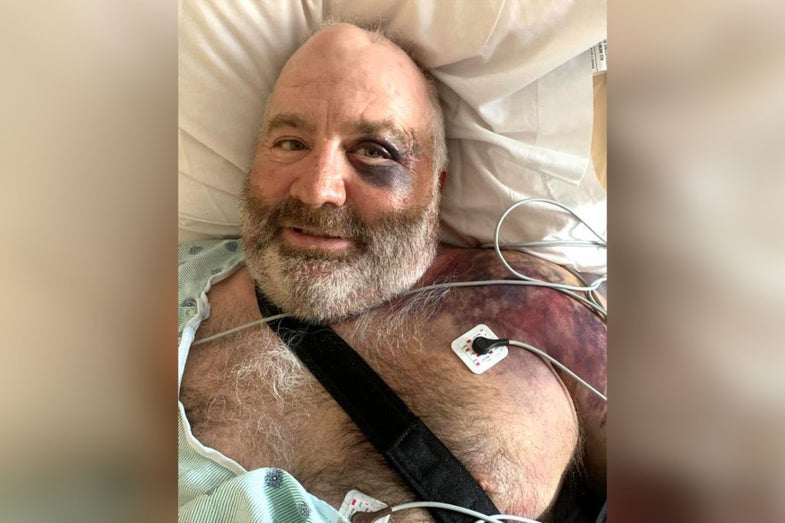 A Wyoming rancher was pinned under his ATV for two days, but survived on beer and water.
SHARE

Frank Reynolds, 53, rolled his ATV while working livestock July 4, on a neighbor’s ranch near Gillette, Wyoming. Reynolds was pinned under the ATV and had dislocated his shoulder and suffered broken ribs. With such severe injuries he couldn’t move out from under his vehicle, reports the New York Post.

“It was scary as hell is what it was,” Reynolds told the Gillette News Record from a hospital room.

Reynolds was able to reach the horn on the ATV’s handle and honked it until the battery died. No one heard the horn in the open country of northeast Wyoming.

Read Next: 23 Different Ways Alcohol Could Save Your Life in an Emergency

For two days the badly-bruised Reynolds lay trapped, surviving on Keystone Light beer and water from a cooler he could reach on the ATV. Finally, friends and family organized a search for him and discovered Reynolds a day later. Don Hamm, one of Reynolds’ neighbors, located him while searching on horseback.

Reynolds said he was “pretty much out of it” by the time he was rescued.

“Everything on the left side pretty much hurt, from the top of my head to my toes,” he said.

Reynolds is expected to fully recover after spending some time in an area hospital.