The 25-year-old, who has been missing since February 2020, has been located in Branson, Missouri, by a man looking for shed antlers 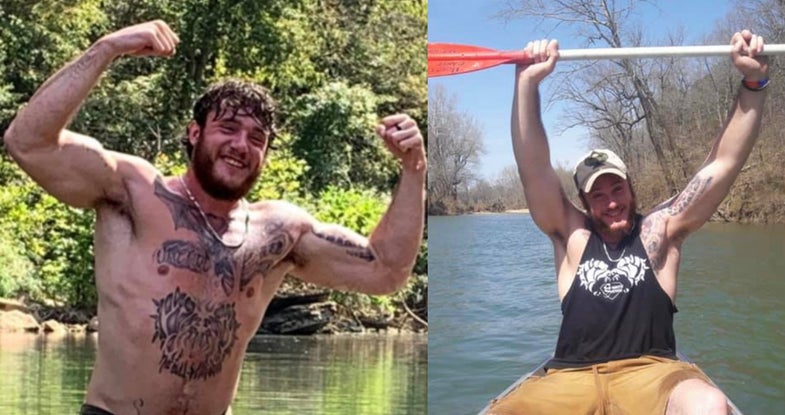 A man who was shed hunting in southern Missouri discovered the body of missing MMA fighter David Koenig, according to a statement released by the Branson Police Department on Monday.

The unidentified shed hunter discovered what he suspected were human remains in the woods midday on Dec. 22, in southern Branson, just northeast of Table Rock Lake. Officers from the Branson Police Department arrived on the scene and confirmed that the remains were human. Investigators searched the area, recovering most of the remains and personal effects.

A forensic odontologist used dental records to confirm that the remains belonged to those of MMA fighter David Koenig, who has been missing since Feb. 2020. A forensic pathologist determined there was no trauma to the body, and that Koenig’s death did not appear to be the result of foul play.

The 25-year-old Koenig was last seen walking away from the Peach Tree Inn on Feb. 8, 2020. His remains were found approximately 1.5 miles south of the motel.

“He messaged a few of his friends asking for help,” Tracy Green Koenig, David Koenig’s mother, told Dateline NBC last year. “He thought he might be in some sort of trouble. But by the time they read the messages and tried to respond to him, he had stopped messaging. There was no answer from him.”

His family didn’t report him missing for a few weeks because of his age, and because he had gone “off the grid” before.

“He was not shot, stabbed, no broken bones of any sort,” Tracy Koenig wrote in a Monday Facebook post to the group Mystery of the Missing Fighter!, which has 14,400 members. “He wasn’t robbed, as his tattered wallet was still in tact as well as the two silver necklaces he always wore amongst some other things. All the rumors were FALSE! Nobody killed Dave. Nobody! He left the Peachtree on foot and never made it home. Why he was in distress, and why he walked through the deep woods…..we most likely will never know. But he is GONE. So PLEASE…..NO MORE RUMORS…..NO CONSPIRACY THEORIES…..NO BLAMING BRANSON PD. We do not want or need to hear your thoughts on what could have happened. It won’t bring him back, and we are in enough pain already.”

In the nearly two years since Koenig has been missing, volunteers, supporters, and conspiracy theories have joined in the physical and digital search for the missing martial arts fighter.

“Our department and the amazing group of volunteers never stopped in our efforts to find Mr. Koenig,” said Branson Police Chief Jeff Matthews in the press release. “While this is not the ending we hoped for, we offer our sincere condolences to the family and friends of Mr. Koenig.”