Why Sportsmen Care About Mountain Bikes in Wilderness 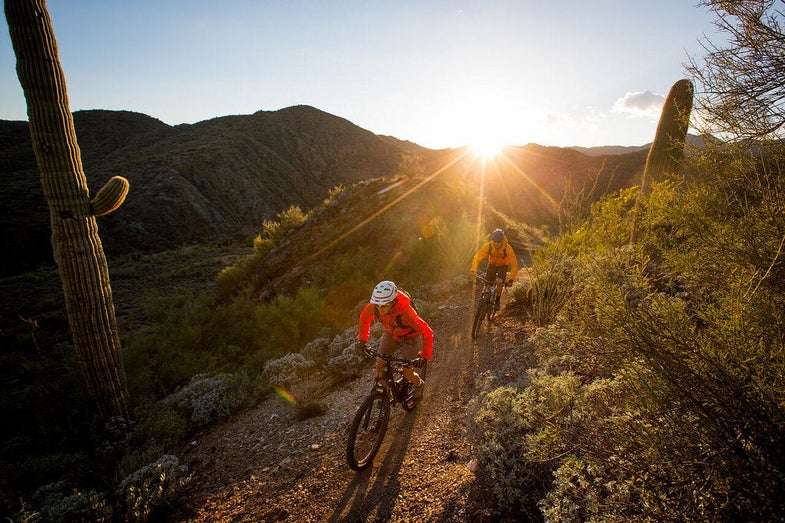 For more than 50 years, some of the most pristine corners of America have been protected by the Wilderness Act of 1964. Many are famous for their hunting and fishing: the Bob Marshall Wilderness Complex in Montana; the Selway-Bitterroot in Idaho; Flattops in Colorado and others nationwide.

Congress is now considering bill HR 1349 that could change all of that by opening wilderness areas (all of them) to mountain bikes. The Wilderness Act has historically disallowed “mechanical transport.”

The bill is backed by a Colorado group called the Sustainable Trails Association. That bill claims that the Wilderness Act is being abused by prohibiting mountain bikes.

The bill is steadfastly opposed by the most stalwart traditional users of America’s wilderness areas. Back Country Horsemen of America, for one. In my home state, the Montana Outfitters and Guides Association opposes it. Heck, even the world’s leading mainstream mountain bike group, the International Mountain Bike Association, opposes the bill.

Yet it has legs. It passed out of the House Resource Committee and could come up any time for a floor vote.

Mac Minard, executive director of the Montana Outfitter and Guide Association told me the bill is a solution without a problem. Wilderness works well – and attracts a lot of visitors – just because it is a place set aside for nature to rule and tradition to remain. Public lands are big enough for many uses, but not all are appropriate everywhere.

“The bill also sets up a very serious safety problem,” Minard said. Pack stock are naturally skittish of low, fast-moving objects like people on mountain bikes. Horses and mules perceive mountain bikes as an attacking predator and unanticipated encounters can trigger major rodeos. Being thrown off a horse on a steep, rocky mountain far from help is a potential nightmare.

According to Back Country Horsemen of America, only 3 percent of the contiguous United States is formal wilderness area. Meanwhile, about 95 percent of trails on national forests outside wilderness areas are open for mountain bikes.