5 Killer Big-Game Trips for Hunters on a Budget 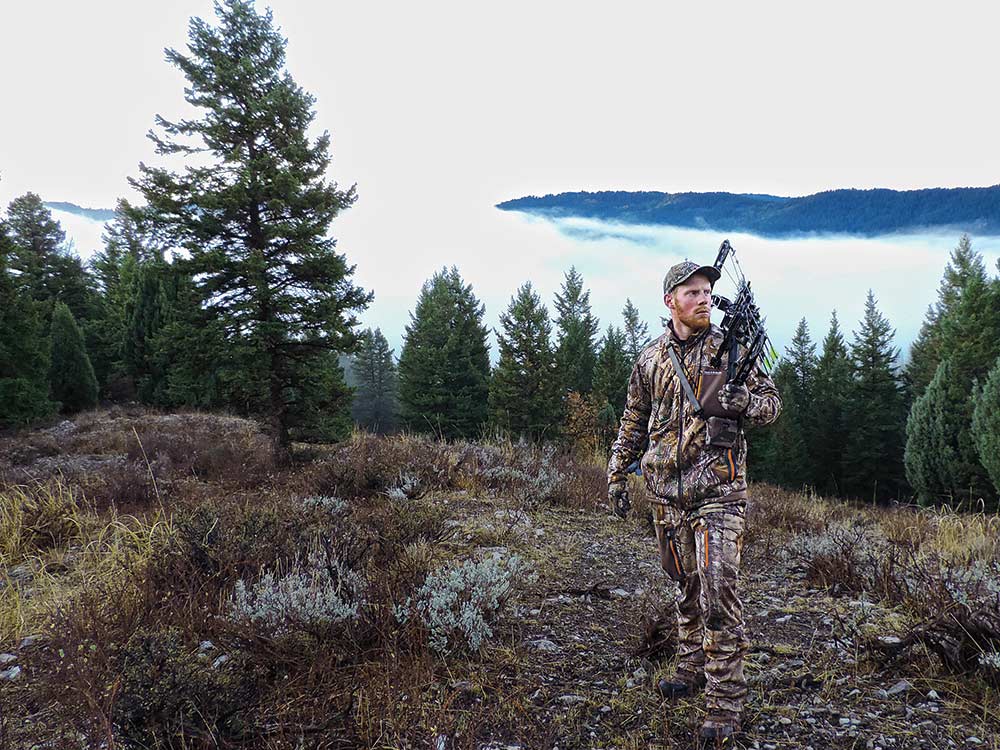 With creative planning and realistic expectations, you can hunt five North American big-game species for less than $2,000 each. Here’s how.

A moose hunt for under $2,000 is impossible, right? Wrong. Be flexible on antler size and hunt the Last Frontier.

Willow and alder browse, and grasses

If you’re looking to tag any legal bull, lace up your boots. When you spot one, stalk it. Make your shot count, because you don’t want your moose expiring in someone’s backyard. Get off the road and be prepared for a serious workout if you want to take a larger bull.

Money-Saver Tip: You’ll need to stash a little extra cash for this trip because moose are heavy critters. The most cost-effective method for getting all that meat home? Process it on your own. Find a way to freeze it and then pack and ship it home overnight via FedEx or UPS. It won’t be cheap, but it will almost certainly be less than the baggage fees at the airport.

Idaho isn’t Arizona. Still, I hunt it often because it has solid elk numbers and good bulls with first-come, first-served, over-the-counter tags—and no shortage of areas to explore.

Keep your GPS handy and consider hiking deep into remote drainages. Bulls here respond well in the dark, not so much during daylight. Locate a bull and reach him by daybreak, then dog him until you kill him or he disappears, checking wind constantly. Cow-call sparingly. During midday or afternoon, monitor wallows, water holes, or seeps.

Primitive camping is allowed at no cost in most national forests.

Money-Saver Tip: Store meat in a cooler with dry ice and process it yourself when you get home.

Nebraska borders the whitetail wonderlands of Iowa and Kansas, but has two big distinctions: Tags are sold over the counter and are about half the price. Public-land hunting opportunities abound statewide.

With a September 1 opener, Nebraska offers a shot at velvet whitetails. Hunt staging areas near hoof-pounded food and/or water sources.

As the rut draws near, exploit river-bottom funnels to intercept cruising bucks. Late in the season, deer will be back on the food sources to recover from the rigors of the rut and build up reserves for the upcoming winter. Take a stand and wait them out.

I’ve arrowed three mature South Dakota bucks—one on public land—in November. The common denominator? The rut gets wild, and mature bucks sometimes forsake all common sense. Watch the wind, but hunt aggressively. Use a silhouette decoy to draw a buck in close.

Read Next: Ultimate Bucket List: The 10 North American Hunts You Must Try Before You Die

Nowhere else will you see so many speed goats. If you’re new to Western hunting or love antelope steaks as much as I do, Wyoming is the place to be.

Lusk/Gillette/Casper: Flat, as well as rolling prairies dotted with sage and occasional drainages

Consider accumulating one or more preference points before trying for a tag. If you don’t draw, check for leftover tags for a unit with less public land and lower trophy potential but still plenty of goats. In hot weather, focus on water and alfalfa fields. If that doesn’t work, spot-and-stalk a buck. In late September, deploy a decoy.

Money-Saver Tip: Food costs can add up quickly. Save cash by preparing meals at home and freezing them for easy, inexpensive dinners. And don’t overlook the standbys of PB&Js, ramen noodles, or canned tuna.

The Best Budget Gear for Your Hunt

There’s no shortage of cheap choices on the market, but you don’t want to bet your whole hunt on crappy gear. Avoid the temptation to go full-Scrooge, and instead invest in durable—yet affordable—gear that will survive your hunt and prove useful on the next dozen to come. Spend some time bargain and second-hand shopping. If you plan to buy new items, skip new-for-this-year offerings and look for last year’s model. The performance difference is usually minimal, but the savings are often substantial.

With that in mind, here are a few of our favorite cost-conscious picks.

This straightforward centerfire offers everything you need in a big-game rifle with minimal fuss. The synthetic stock is suitable for harsh conditions, and the rifle includes extra touches like a threaded muzzle, an extra swivel stud for a bipod, and good texturing for better handling. Best of all is its sub-MOA accuracy: Our testers printed an average group size of .841 inch with the Cascade. The rifle is currently available in three short-action calibers (6.5 Creedmoor, 7mm-08 Rem. and .308 Win.) with long-action options available in 2020.

Stoeger’s shotguns aren’t known for their frills, and that’s exactly the point. This bare-bones pump is a workhorse that previously earned our Great Buy award You can take it anywhere, beat the hell out of it, and keep hunting—all for a couple hundred bucks.

Another of our Great Buys, these handy 8x42s from Maven are a steal for the price. The direct-to-consumer company managed to shave cost by swapping some premium materials for more budget-friendly options (a polymer frame and glass sourced from the Philippines rather than Japan). But the C.1 still maintains a bright, sharp sight picture, and is a smart investment for more productive hunting.

You might consider REI a haven for hippies, but don’t let that fool you. Their in-house brand is the real deal, and usually the cheapest option among similar offerings from other name brands. Not only can their gear take a beating, but REI has a killer return policy in case something does malfunction. Their tents in particular are durable, and this 2-person backpacker is no exception. Best of all, it costs as much as two nights in a motel and lasts way longer.

This folder is one of my favorites, thanks to a tip from our hunting editor, Andrew McKean. It’s a basic blade, but I’ve bought half a dozen over the years simply because they’re less than $20, lightweight, and get the job done several times over before they needed resharpening. You can certainly use the Dozier for big tasks like quartering or field dressing, but you’ll most likely end up sliding one into your pocket and tossing an extra in your glove box for daily tasks. ––Natalie Krebs