This year we uncovered some amazing values, and high-quality knockouts among these six new shotguns 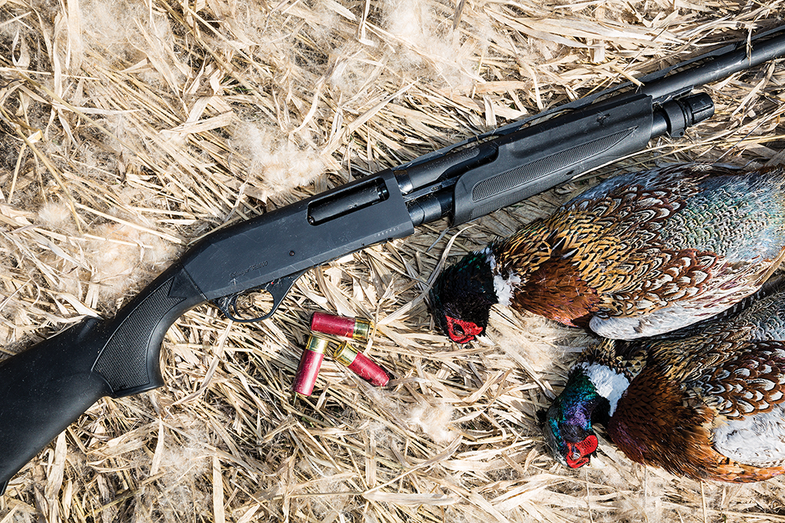 The pheasants didn’t stand a chance against the P3000 when we took it into the field. Peter Bohler
SHARE 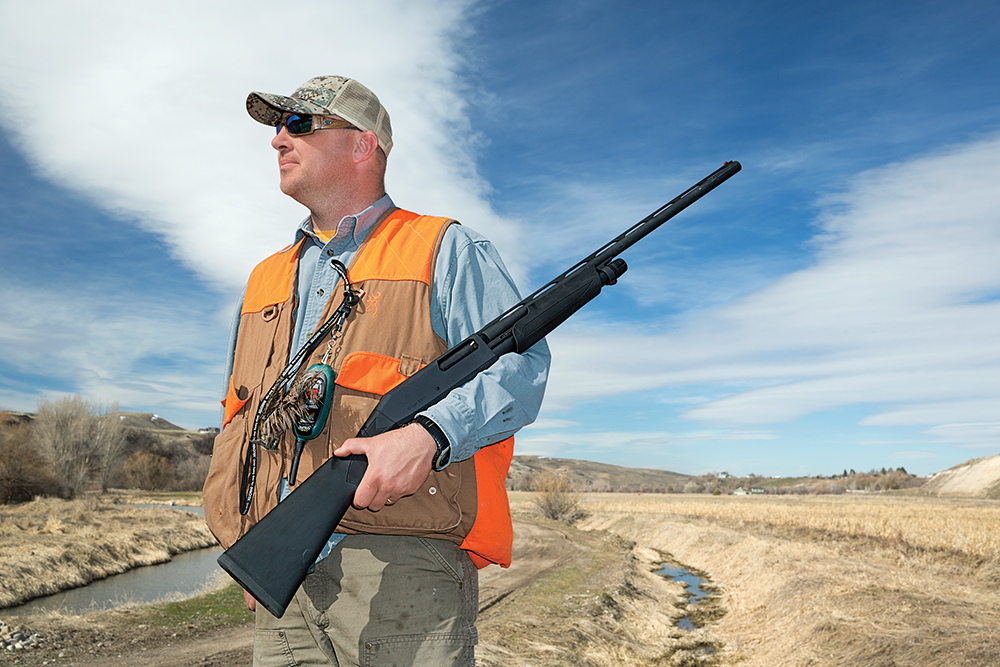 Judging shotguns is a lot like judging music—personal taste figures heavily into the equation.

Judging shotguns is a lot like judging music—personal taste figures heavily into the equation. Above all, however, the elements that go into a shotgun’s design and construction must work in harmony to augment our innate ability to track and hit targets on the move.

Unnecessary bulk, poorly thought out stock dimensions, badly placed controls—all these will degrade how a shotgun performs. Whether a shooter is facing an explosive rise of quail or swinging on a hard-crossing clay, the shooter and gun need to move as one in a fluid and instinctual manner.

Looking for rifles? See our reviews of nine new rifles for 2016 here.

We take measure of new shotguns by putting them into the hands of our judges, who are experienced shooters. This minimizes the chances of having a single person’s preferences skew the results. (We use this methodology with rifles as well.)

We shoot the guns during a comprehensive set of drills on both clay targets and live birds. This gives us the data we need to accurately assess the feel and basic mechanical functioning (loading, unloading, cycling, etc.) of the guns and arrive at our final scores.

As we found out, 2016’s shotguns offer a bit of something for everyone.

No, this isn’t a game gun, but that didn’t stop editor-in-chief Andrew McKean (below) from grabbing the new SX3 when it came time for us to hunt birds during the test. In truth, this shotgun never got a break as long as there were clay targets or birds flying. All the judges loved shooting it.

This is a wonderfully designed gun for sporting clays that also takes on other shotgunning tasks. The adjustable comb, useful set of extended choke tubes, ported and barrel, and interchangeable front beads make the SX3 simple to customize and a pleasure to shoot. It handled like a fine sports car, moving quickly to the targets and tracking smoothly through the swing. With a 30-inch barrel, it tips the scales at 7 pounds 10 ounces.

The action cycled light target loads with no issues, and while shooting heavier stuff the gun’s recoil was quite manageable, thanks to the back-boring in the barrel and the Pachmayr recoil pad. We really liked its aesthetics as well. The satin oil finish on the stock contrasts nicely with the matte silver receiver and gray barrel. The red Briley bolt and bolt release and the red forend cap give it a sporting splash of color. We gave this SX3 high scores across the board, and it emerged as the clear winner for this year’s Editor’s Choice.

This heirloom shotgun is a beautiful example of the gunmaker’s art. The classic elegance of this side-by-side made this one of the guns we were most eager to shoot. The design is based on traditional principals of stock dimensions, weight, balance, and function that were perfected in the early 20th century.

The lack of interchangeable choke tubes for a gun of this price bothered some of the judges, but the constriction on this 20-gauge, ¼ and ¾, will handle nearly any scenario. For fit, finish, and overall quality, this is an outstanding shotgun.

Unless you’ve never seen a shotgun before, you’re going to “get” the P3000. It is a basic, tough-as-nails pump-action shotgun that you can take anywhere. And should you manage through some feat of heroic abuse to actually break it irrevocably, you’ll only be out $299.

As you might have guessed, the P3000 doesn’t come with much in the way of extras. It has three choke tubes—IC, Mod, and Full—and, well, that’s it. It doesn’t come with shims or a hard case or anything else approximating a frill.

But it doesn’t need these things. This is a workingman’s gun, with a synthetic stock, a simple front bead on its 28-inch barrel, and an appetite for shells that allows it to digest and shoot any 2 3/4- or 3-inch 12-gauge hull you stuff into its maw.

Like a charging gorilla, this beast is surprisingly nimble and quick. It pointed well and cycled shells quickly when we had multiple birds or targets in the air.

For the money, it was the best shotgun in the test and won our Great Buy award for 2016.

The pheasants didn’t stand a chance against the P3000 when we took it into the field.

Benelli has added an interesting wrinkle to its successful line of Ethos shotguns—a 28-gauge gun chambered for 3-inch shells that will deliver ¼ ounce more shot than a standard load (1 oz. vs. ¾ oz.) at the same velocities, making this a more effective option for late-season birds and small wildfowl. Sadly, we weren’t able to round up any of the new shells from Fiocci to confirm this.

Using standard ammo, we had a blast shooting the Ethos. It is nimble and slightly muzzle-heavy. And, as with any semi 28, it is as soft as a down pillow on your shoulder when you shoot.

This Mossberg 930 Pro Series Sporting fills a very important niche—that is, to give shooters on a budget a feature-­rich gun for sporting clays. This shotgun comes with three extended Briley choke tubes, a ported barrel, and interchangeable front sights of varying colors and styles.

The stock was shaped in consultation with Gil and Vicki Ash, two renowned shotgunners, and we were impressed by the results. This gun shoulders and points very well, and it earned high marks for its ability to bust birds and its overall ergonomics. For just over $1,000, this is a heck of a value.

Fabarm is reaching out to the waterfowl market this year. The XLR5 Waterfowler runs on the same well-designed gas system as Fabarm’s other semis, and we found it to be as smooth and reliable as other Fabarm models we’ve shot.

It handled both clays and live birds easily, and we gave it good marks for the way it balances and shoots. It comes with oversize controls that can be manipulated while the shooter is wearing gloves. We were divided on the look of the camo finish, which gives the shotgun a slightly serpentine look.

Special thanks to Camp Chef, GoPro, and Sportsman’s Paradise in Utah’s Cache Valley for making the Gun Test possible.