If you dream of hunting the West but don’t have the funds to hire an outfitter, this list has you covered

Trying to pick out the best do-it-yourself Western hunts is like trying to name the 10 prettiest girls on a college campus – there is a considerable amount of personal taste involved. But I gave it my best shot. All of these hunts can be done without an outfitter and at relatively low cost. Most are public-land adventures, but some will require some door-knocking and possibly access fees. Like any successful DIY project, these hunts will require research and plenty of legwork. Here they are, in no particular order. 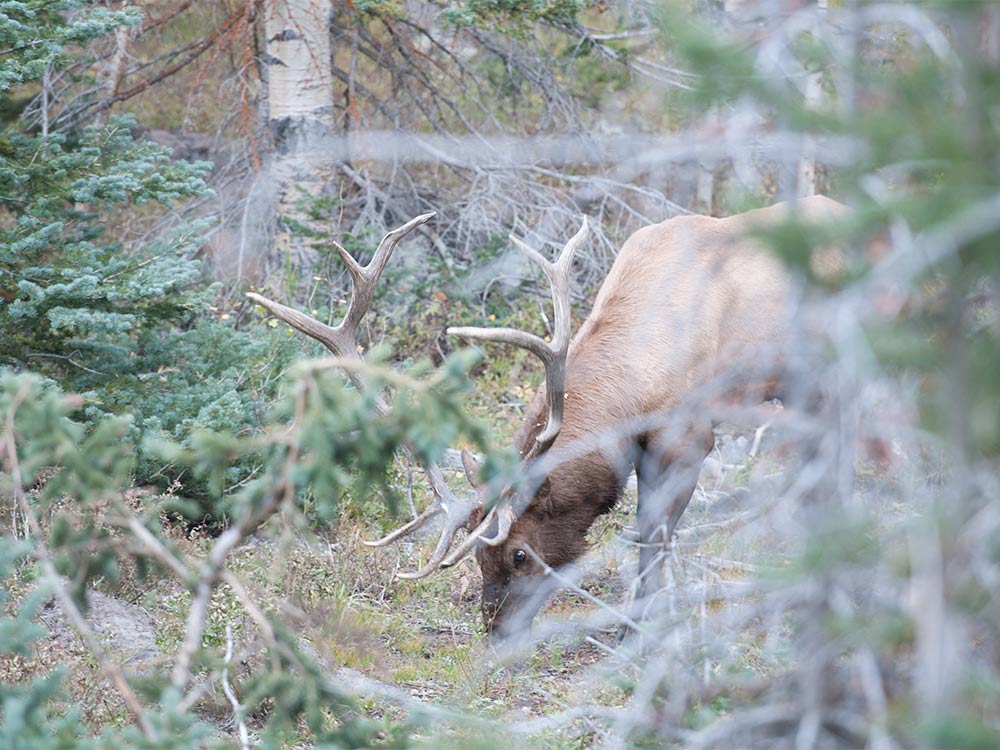 A shooter bull in Colorado timber.

The elk population in Colorado is the highest in the nation, boasting numbers near 280,000. That’s a lot of elk. Tags are readily available for many archery, rifle, and muzzleloader hunts, and spread over several units and season dates. Truly big bulls are uncommon, but you should see elk, and with luck take a nice bull. The further you get from roads and ATV trails the better the hunting is. There are good public areas to hunt elk all across the state and plenty of over-the-counter tags, so do your research, buy your tag, and shoulder your backpack. Adventure lies just around the bend in that high-country trail. 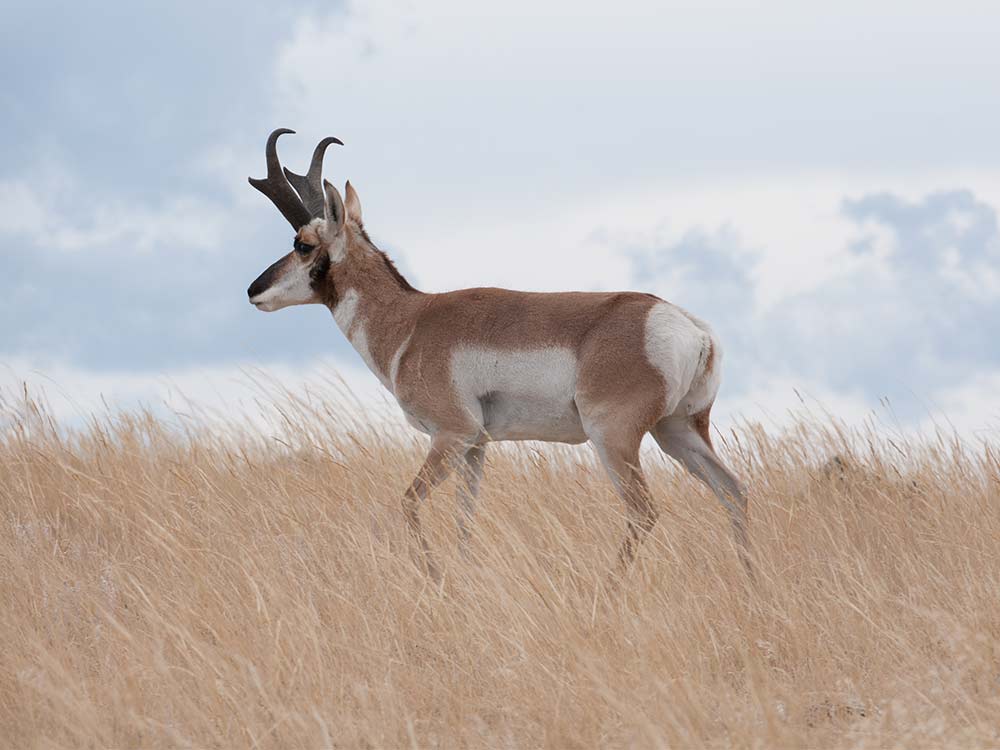 Boasting a pronghorn population that rivals its human population, Wyoming is a speed-goat hunters Mecca. Opportunity abounds, tags are not prohibitively expensive or terribly hard to draw, and game is easy to find. The best hunting is typically on private land, where permits are easier to draw, but written permission is required to hunt. Sometimes that permission can be had with a friendly knock on a ranch house door, more often a trespass fee might be your ticket to access. Public land can also offer awesome hunting – but permits are tougher to draw and you’ll need to use a system like ONX maps to keep you on public land and out of trouble. Focus your efforts within a two-mile radius of water—that’s where you’ll find most of the speed goats. Application period is in late winter. Season dates vary from mid August to early November according to area and weapon type. 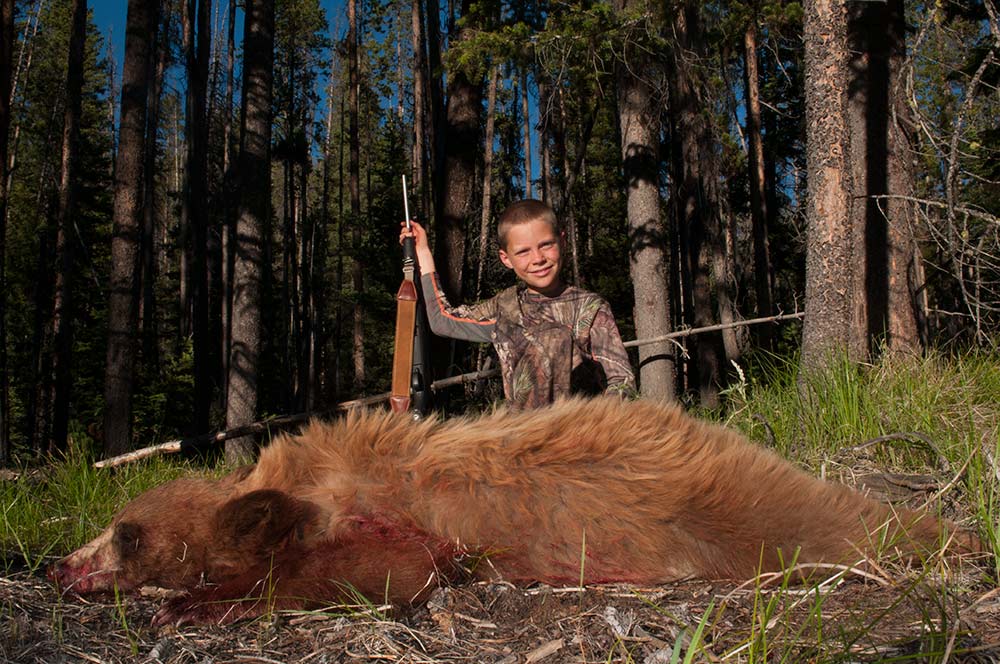 A plethora of bear hunting opportunity is available on Idaho’s public lands, where baiting is legal by permit, hunters as young as 10 can purchase a tag, and many of the bears are color-phase, including cinnamon, chocolate, and blonde bruins. Tags are available over the counter. The best time to hunt is weather dependent – right after spring melt-off is usually killer. Season dates vary according to hunt area, and regulations can be tricky, so do your homework. Spot and stalk grassy meadows and hillsides in the mornings, sit over bait in the evenings. 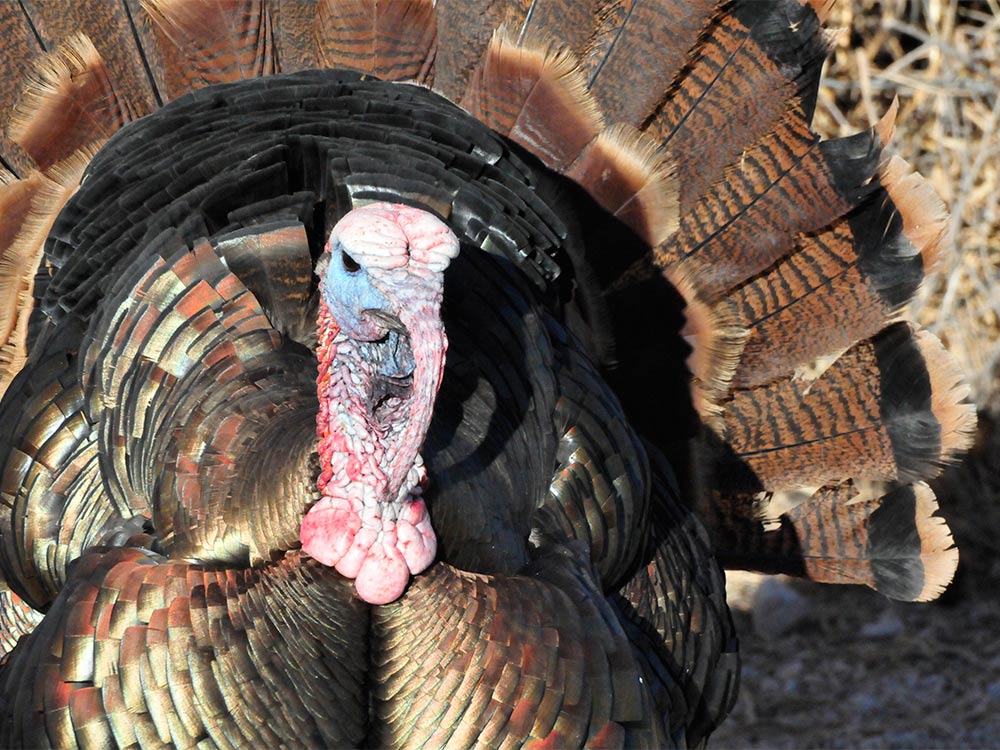 If you are a die-hard turkey hunter, don’t ever drive I-80 across Nebraska in the spring. Watching hundreds and hundreds of turkeys strutting in fields and river bottoms along the freeway will make it difficult for you to keep your rig on the road. Claiming to possess the best turkey hunting in the world, Nebraska’s seasons are generous, permits are affordable and available-over-the counter, (three spring birds per hunter), and if you aren’t able to charm some generous farmer into allowing you access there are still over 500,000 acres of public access lands for you to hunt. 2018 season dates are March 25th – May 31st (archery), and April 14th – May 31st (shotgun). 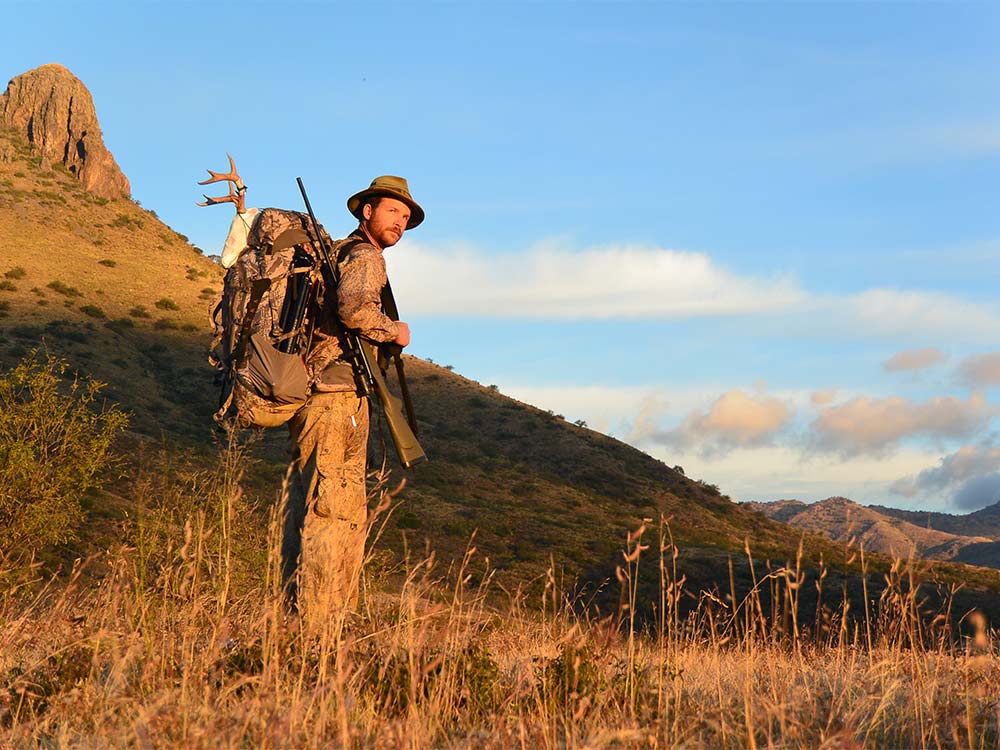 The author after a successful coues deer hunt.

One of the toughest hunts in the lower 48, coues deer hunting requires good optics, good boots, tough gear, and a diehard attitude—which makes it one of my favorite adventures. You’ll need to backpack miles into the backcountry, spend countless hours dissecting steep hillsides through large binoculars, and make accurate shots at long ranges. Tags are available via a draw, and permits in remote areas are usually 100% draw during the earlier seasons. The application deadline is typically the second Tuesday in June each year. Season dates range from October through December, with the later December (rut) hunts usually being harder to draw. Do your research, get in shape, and perfect your shooting. 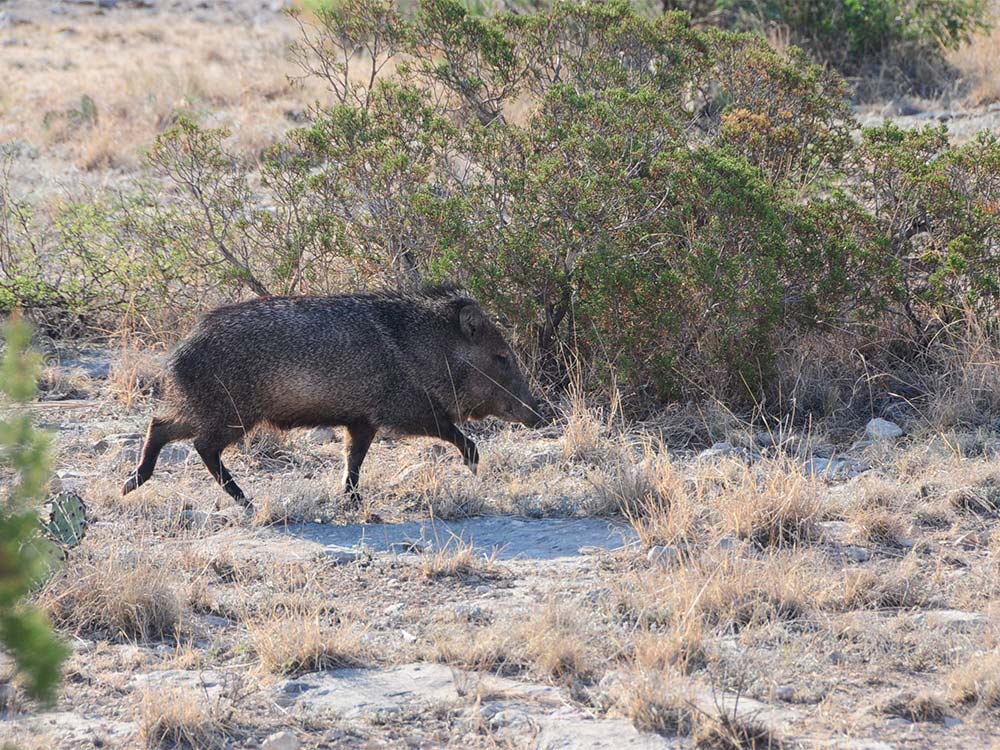 A javelina on the move.

Stink Pigs, as the locals call them, are numerous in West Texas. They are more fun to hunt than should be legally allowed, especially with a bow or vintage-type firearm, as shots tend to be close. Spot and stalk is my favorite way to hunt them, during cool winter weather that inspires the little peccaries to be out and about. There is a two-pig limit, with the season open year-round. A hunting license is available over the counter. Public land and access are unusual in Texas, so plan on procuring access to private lands. Hunt rocky draws and hillsides, and cactus flats. Work into the wind, they are stinky little things, and often you’ll find them with your nose before you actually see them. Make your shot carefully, they are small and tough, and a bit dangerous when wounded. 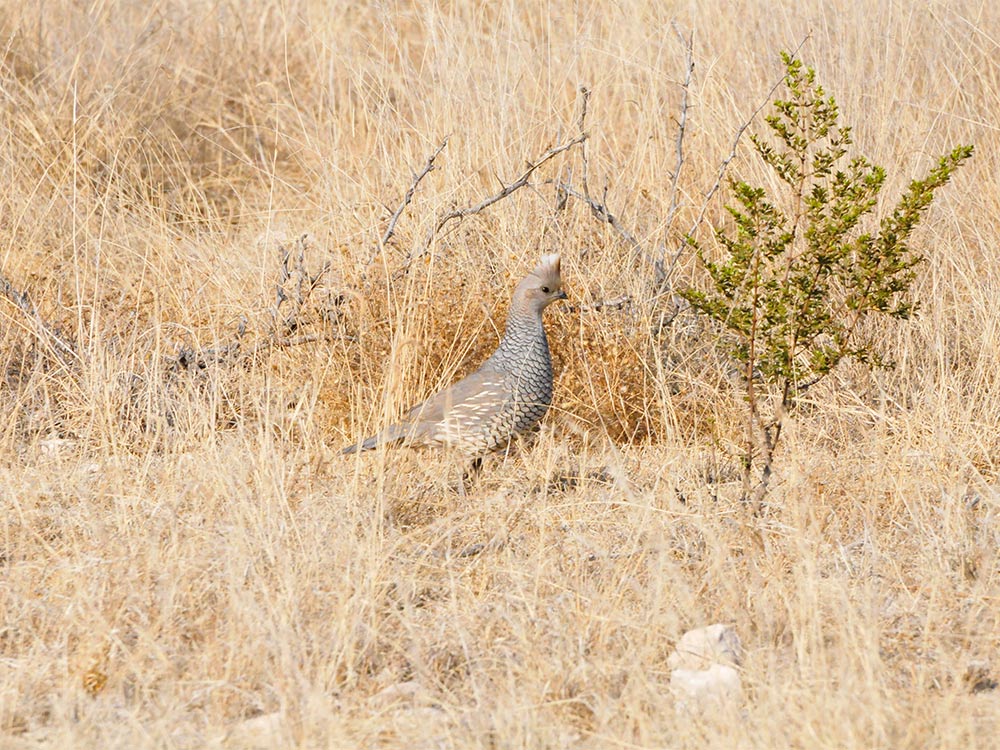 One of the toughest of all wild upland birds to take, “Blues” or Scaled quail, range across the arid grass and brush lands of New Mexico. Their hatches are very weather dependent, so only go on a quail foray on years that have had good spring and summer rains. Be prepared to walk a lot. Blues don’t like to flush, they’d rather run. And run they will. If you’re able to flush them and break up the covey, sometimes singles will hold for a point – but only sometimes. They’re not easy, but then, when was fun dictated by easy? Plan on focusing your efforts on Forest Service or BLM lands, unless you have access to private property. Season dates are usually Sept. 1 through Feb. 28 and hunting licenses are available over the counter. 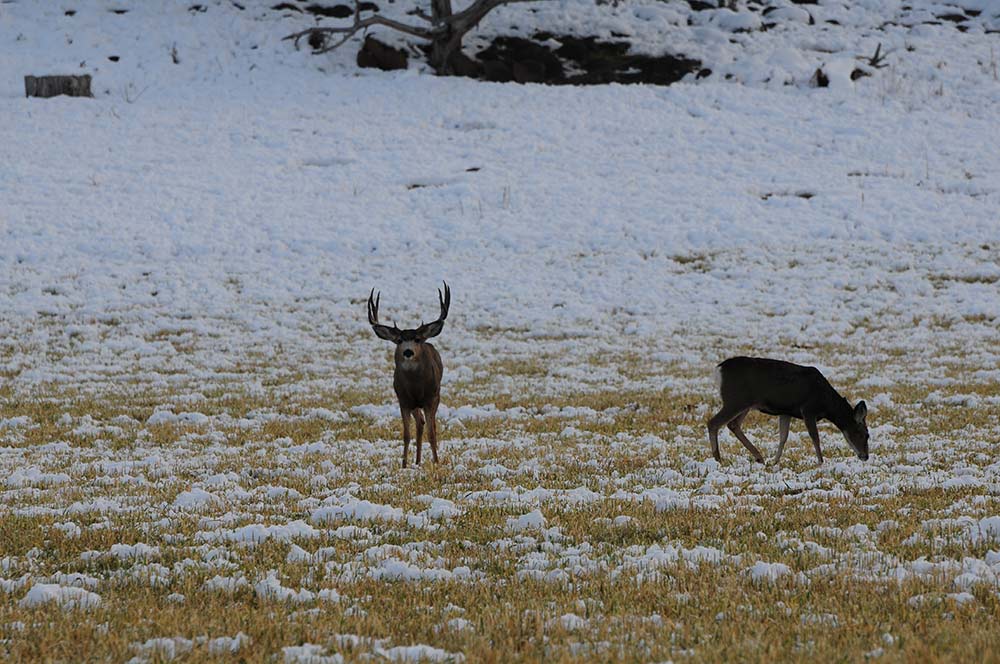 Colorado has a wide variety of mule deer hunting opportunity.

Every muley maniac knows about Colorado’s mule deer hunting. About 30% of all Boone & Crockett bucks were taken in the state, partially due to a huge population of mule deer, partly due to limited access, and partly due to great genetics. Tags can take several years to draw, so start putting in now and be patient. Weather initiates the migration and dictates the best time to hunt each year, so it can be a crap shoot trying to pick the best season to apply for. But whether you are hunting above-timberline early-season bucks or late-season rutting deer on the winter range, your chances of taking the biggest mule deer buck of your life are real. Colorado takes trespassing laws seriously, so be prepared to know exactly where public/private land boundaries are. 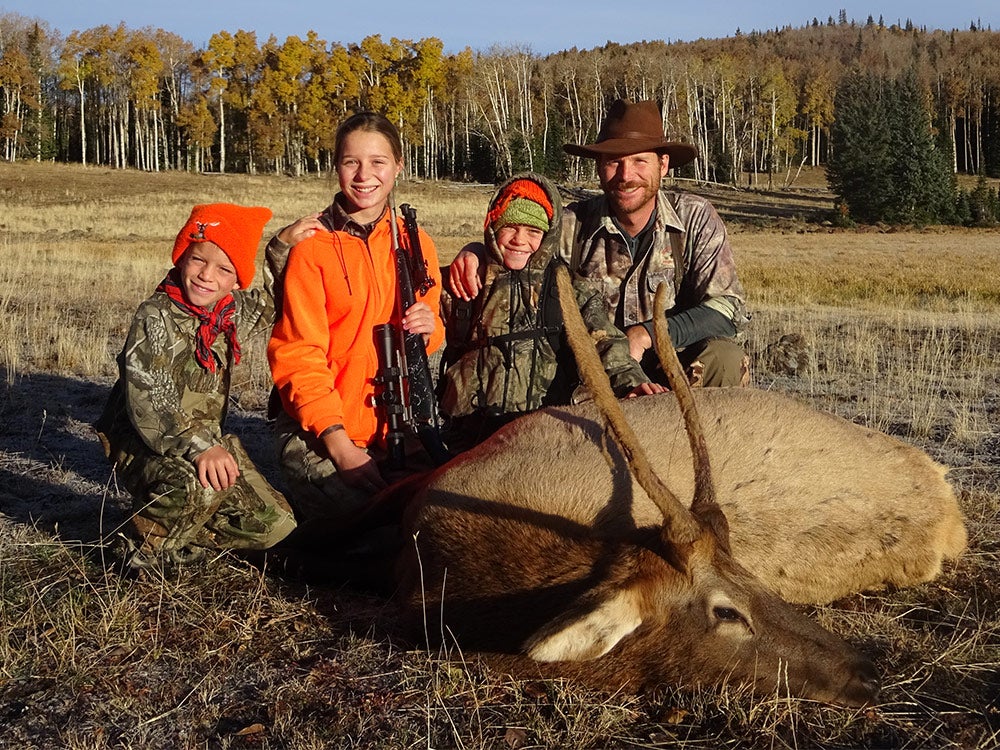 The author and his family with a Utah spike bull.

Why would anyone want to shoot a spike elk? I have several reasons: first, spike elk are tasty. Second, spike hunts can be awesome, action-packed outings, because you’re hunting the same mountains where Utah’s famous limited entry trophy bull hunting occurs (it typically takes years of applying to draw a bull tag in these units). Sure, it’s a bit discombobulating to sift through a bunch of huge, rut-crazed bulls trying to find the littlest bull on the mountain and shoot him, but you’ll get used to it. Tags are inexpensive and available over the counter on a first-come, first-served basis, and public land is everywhere. The general season begins on the first Saturday of October every year. 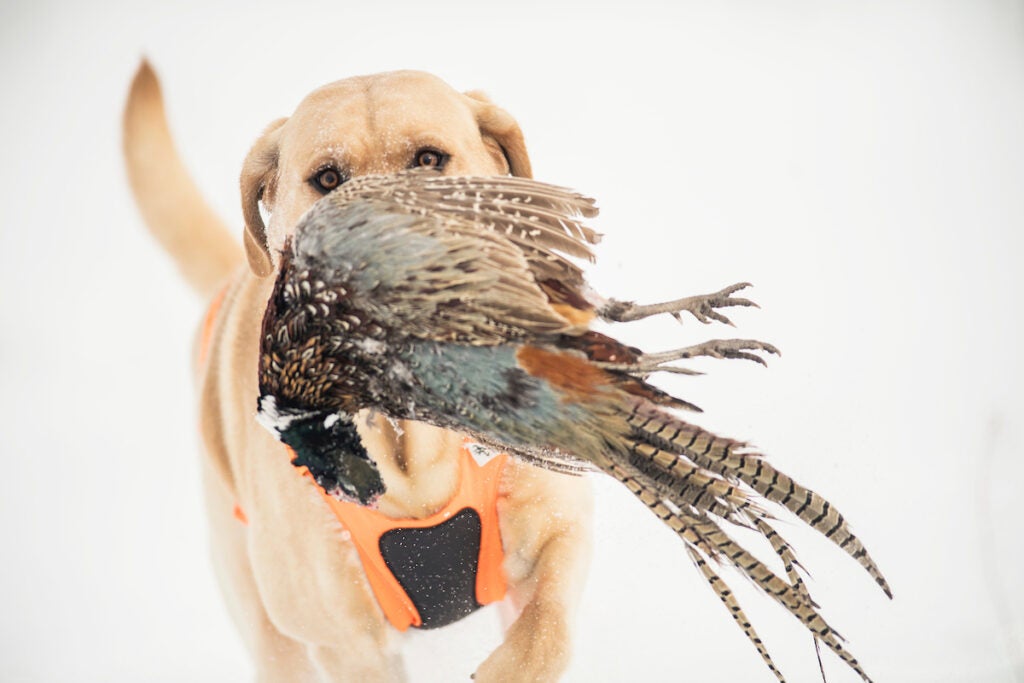 Even though South Dakota gets most of the fanfare, it’s hard to beat Montana for open-country pheasant hunting. There’s lots of good opportunity in eastern and north-central Montana and relatively low hunting pressure. With luck, you might even add grouse and huns for a mixed-bag upland adventure. It’s important to research weather and precipitation patterns over the past year—a hard, cold winter or drought-ridden summer will mean fewer birds to hunt in specific areas. Focus on spots that had sufficient summer rains to produce chick-raising cover and insect numbers. Hunt river-bottoms, CRP, and agricultural lands, especially brushy fringes. Expect to cover a lot of ground, a side-benefit fitness program that Montana provides free of charge. The season starts around early October each year, and between public land and private Block Management Program acres, there will be plenty of space for you and your dog to roam in search of roosters.

How to Plan a DIY Alaskan Caribou Hunt

A DIY hunt in Alaska is at the top of the list for many hunters, and for those interested in hunting moose or caribou, you probably won’t find a more affordable option. Tackling Alaska on your own can be an intimidating prospect. Logistics is the name of the game, and you must temper your expectations. However, with proper gear, the right research, and a positive attitude, a trip of a lifetime is well within your reach.

The first step of your hunt is to pick your target species. Alaska is huge. You will have some work to do, narrowing down the area you want to hunt. Some species, like moose and caribou, can be hunted in the same areas, but only sometimes. Your best bet is to pick a primary animal to plan your hunt around. If you have the chance at another species, it’s icing on the cake.

Your best bet for a quality experience, and minimal competition, is a fly-out drop camp. Contact multiple air transporters in different areas to get a feel for the price and type of hunt you should expect before choosing one. Many transporters are great sources of information as they see the animals coming out of certain areas year after year. You can choose to hunt the road system and skip the air charter, but without some inside information, or a specific spot in mind, you’re much more likely to have competition and a difficult hunt.

Another appealing option is to hire a hunt planner. There are several hunt-planning outfits, and some even help provide camp or rafting gear (for a float hunt). These services can take some of the headache out of planning a hunt, as they’ll typically pick a spot and line out the logistics for you, working with you to craft a plan for the hunt of your dreams. If you dream of a complex hunt, like a float trip, this may be the way to go. With every layer of logistics the level of complexity increases significantly and sometimes it’s nice to forego a headache.

Finally, before you fulfill your adventure, there are several key things to plan––including a backup plan. You need to have a plan for what to do with your meat, hides, and antlers. There are several expediting services in the state, but you want to make sure you have a plan in place before you arrive. Details like flights and the special days air cargo departments are open can be the difference between a stress-free experience and sitting at the airport with 600lbs of meat and a spoiling cape, with no idea what to do.