Unless you secure landowner permission, these state-owned lands are off-limits to outdoorsmen and women 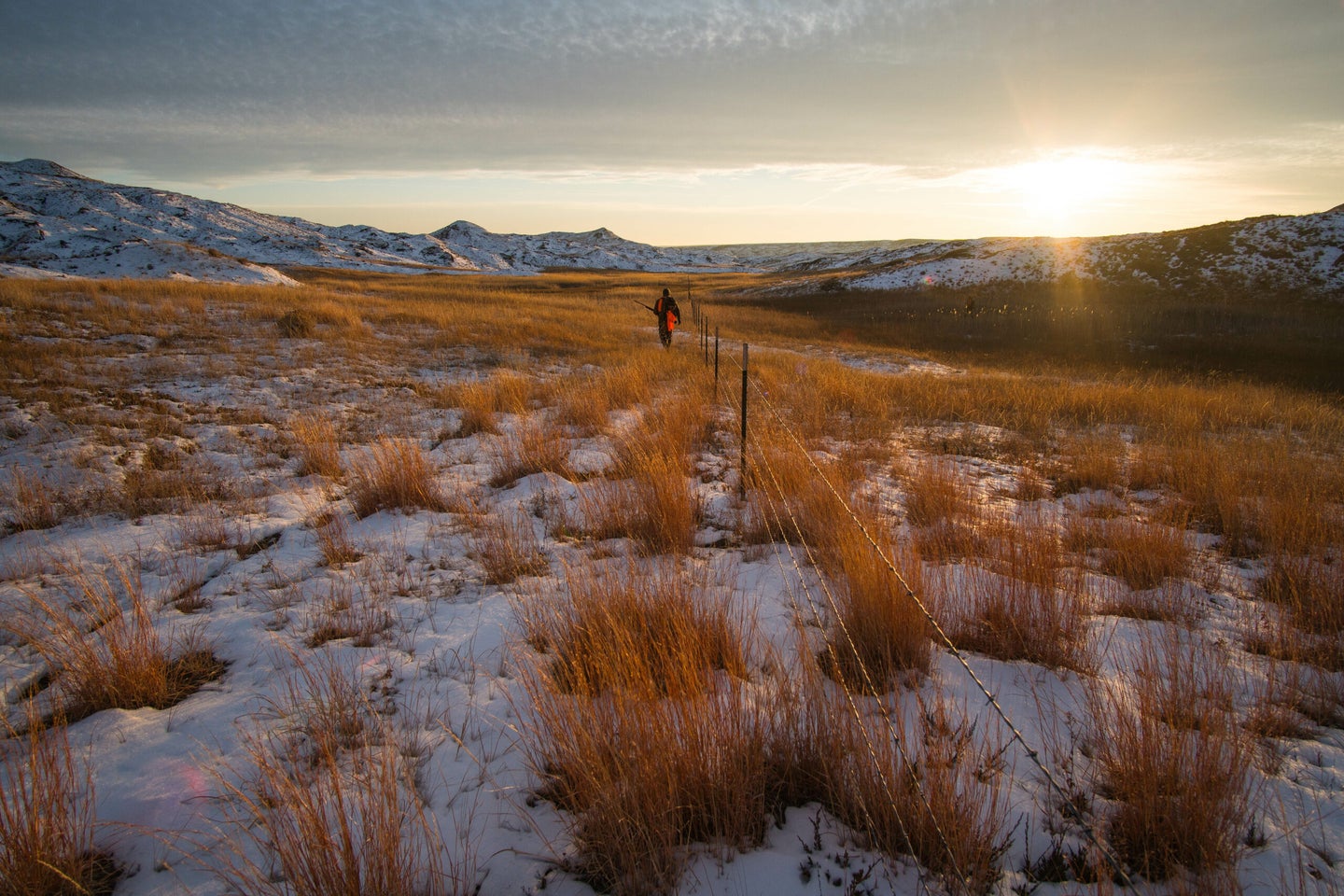 If you hunt public land out West—as nearly three-quarters of all Western hunters do—you probably daydream about empty trailhead parking lots and ridges devoid of blaze-orange. You want uncrowded public spots where you can slip away from, well, the public.

The good news is there are actually 16 million acres of Western public lands that fit the bill of solitude. The bad news? You can’t actually get to any of it. Unless you happen to be one of the lucky landowners with property abutting these landlocked public parcels, or you happen to secure permission to cross their property.

That tally of 16.05 million landlocked public acres is the result of two years of collaboration between onX and the Teddy Roosevelt Conservation Partnership (TRCP). The mapping company and the non-profit released a report this week on 6.35 million acres of landlocked state lands in 11 Western states, which joined their 2018 report on 9.52 million acres of similarly landlocked federal lands in the same region. The study defines “landlocked” state lands as state-managed and administered parcels that cannot be accessed via an adjoining public road. Or, put another way, hunters and anglers must seek and receive permission from at least one private landowner to reach these publicly-owned and funded lands.

The combined report is interactive and worth exploring, but for quick reference, here’s a breakdown of how much state property is currently inaccessible to the public:

Of these lands, 95 percent are state trust lands. This makes sense when you consider the history of state trust lands, which the federal government turned over in patchwork parcels when states joined the Union. It also accounts for why Nevada has so few landlocked state acres—the state sold off most of its trust lands years ago, and actually only had about 126,200 state-owned acres to its name as of 1991, according to these figures derived from the US Census.

So, what does all this mean for your future public-land hunts? Apart from providing a fresh look at accessibility out West, onX and TRCP want to encourage agencies and NGOs to help make inaccessible public lands accessible. While onX isn’t releasing the detailed landlocked maps to the public (or to the app’s paying subscribers), the company is making the data available to agencies and organizations working toward conservation and access. The BLM, which accounts for the vast majority (93 percent) of landlocked federal lands, will also receive a version of the maps to help identify problem areas and management issues under its jurisdiction.

Meanwhile, if you really want to see better access to your public lands, tell Congress to fully fund the Land and Water Conservation Fund (LWCF) by clicking here. The LWCF has opened some 5 million acres of landlocked public lands since 1964, and we have at least 16 million more acres to go.