How to Buy the Right Bow

Seven tips to help you zero in on the perfect hunting bow. 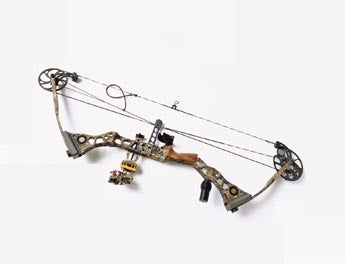 There’s no such thing as the perfect compound bow, but there is such a thing as the right bow for you. Because marketing hype and overzealous salesmen can be confusing, here is a breakdown of things you should think about when shopping for a new bow.

To see the results of our latest bow test, click here.

1. Let-Off
Most bowhunters believe that bows with a high let-off are easier to shoot. Using a 60-pound bow with 80 percent let-off, you hold 12 pounds at full draw, as opposed to 21 pounds if the same bow had a 65 percent let-off. However, people who demand the most of their gear know that lower let-off models are faster and shoot flatter.

TIP: This is a matter of personal preference. Shoot a variety of let-offs, then decide.

2. Draw Length
Most archers shoot a bow with a draw length that’s too long for them. While the added length increases the power stroke and results in faster arrow speeds, an archer who is stretched cannot shoot accurately.

TIP: Get measured at a pro shop; buy a bow that fits your draw length exactly.

3. Draw Weight
This is another hotly debated topic. Draw weight is a numerical value that measures how much oomph it takes to pull back a bow. When choosing a bow, keep in mind that you might have to draw it while in an awkward position. Not all shots are made from a solid stance.

TIP: If you have to strain to pull back a bow, you’ll never shoot it well.

4. Cams
The more aggressive the design of a bow’s cam or cams, the faster the bow is. But you pay a price for this increased speed. Bows with aggressive cams are hard to draw and can be difficult to shoot accurately.

5. Brace Height
Brace height is the distance between the string (at the nockpoint) and the inside of the bow’s grip when a bow is not drawn. Brace height has more influence on speed and accuracy than any other bow feature. A bow with a short brace height has a longer power stroke, which increases arrow speed. The downside is that because the arrow stays on the string longer, shooting-form errors are amplified. Conversely, bows with long brace heights are a bit slower but are much easier to shoot accurately.

TIP: A bow with a 7-inch brace height is considered to be a good compromise.

6. One Cam vs. Two Cams
Recent advertisements have inundated magazine readers with the drawbacks of two-cam bows. The reality is that every bow must be timed correctly before it will shoot straight. Timing is nothing more than the simultaneous rollover of the cams. Most two-cam bows are very dependable.

TIP: Ignore the hype generated by some manufacturers; shoot both styles and then decide for yourself.

7. Bow Length
Short bows (less than 36 inches from axle to axle) are all the rage. They’re lightweight and maneuverable, which is handy in ground blinds and small tree stands. But as the length of the bow decreases it becomes more difficult to shoot accurately. Longer bows are easier to shoot, but they become unwieldy.

TIP: Avoid length extremes, both short and long, if you’re of average size.