New tools for making sense of the property you hunt. 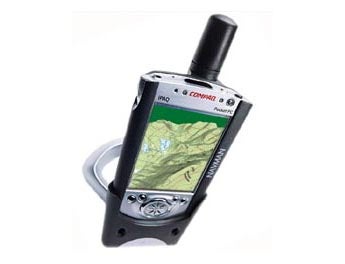 From a distance, a mountain I hunt on looks like a large, complacent lump. Hike onto its oak-covered back, however, and it quickly spreads out, as ridges, oak benches and laurel thickets decompress. There you are, attempting to see the big picture, but you can’t. There’s just too much geography.

Seeking a solution, I found two new products that provide hope. In spring, before green-up covered the previous fall’s rut sign, I used two mapping programs to explore the intricacies of the mountain: Maptech’s Terrain Navigator Pro, a traditional topographic system combined with aerial photography, and Maptrails’ GeoQuad, a similar product that links topographic maps with aerial photos. As a longtime customer of terraserver.com, I know the value of aerial photography. The problem with aerials, however, is that you can’t alter them digitally. These programs have changed that.

If you’re going high-tech you might as well go all the way, so I used Navman’s GPS sleeve combined with a pocket PC to view the mapping software. The Navman turned the pocket PC into a portable GPS unit, and the PC’s screen gave me digital aerial and topographic maps in the field. The unit guided me to my parking spot, where I pulled it out of its dashboard holder. I then used it to navigate right to the trees from which I planned to hunt.

**Maptech **
Using Maptech’s 3-D display, I was astounded to see that Terrain Navigator Pro turned my mountain into a relief map. I toggled back and forth between topographic maps and aerial photos, and between two and three dimensions. Terrain Navigator Pro also has a split-screen option that lets you see both maps at the same time. The topographic maps are standard 1:24/25,000 (7.5 minute series), covering about 35 square miles in total area. On the aerial photos, thanks to Maptech’s 1-meter resolution, I could almost spot trees I’d hunted from months before.

I loaded in waypoints of found deer and turkey sign, stand locations and deer trails I had marked while hiking with my GPS, and the whole mountain suddenly fell into 3-D proportion. It was like looking at someone’s face for the first time after years of exchanging letters-I would have had to hire a spy satellite for better intel. I could see the bedding areas, drainages the bucks were likely using and locations where topography forced the web of deer paths together. Strutting areas and roost sites just seemed obvious. It all began to make sense. It was painful to realize that on several occasions I had been within 100 yards of really prime stand locations without knowing it.

The waypoints appeared on the aerial photos as well as on the topographic maps. I could draw trails and drop a vast array of icons onto the display. I could measure distances and see elevations. I could even attach digital photos right to the maps and name them whatever I liked. Not only could I see my way to a stand site, but with the incredible resolution, I could also see the stand site itself.

**Maptrails Inc. **
GeoQuad from Maptrails Inc. lacks the ease-of-use Maptech has spent years perfecting. Many of Maptech’s options-like 3-D and cute icons-aren’t available. GeoQuad’s first and foremost attribute is affordability. At $59.95, it is a bargain. This price includes a code that lets the user download maps for four separate USGS quad boundaries. (Different types of maps-topographic, BLM, aerial-are typically available for each quad boundary.) By contrast, Maptech’s software covers entire states individually or as small groups. If you’re a hunter who travels, GeoQuad makes sense. Maptech would require another large investment for an additional state, but with GeoQuad you can just use the four available USGS quads in different states.

Assembling the mountain with GeoQuad took four hours of downloading on my second-rate PC. (I don’t have a high-speed connection.) But finally, I was able to see the mountain at 8- meter resolution. Though not as sharp as Maptech’s 1-meter resolution, it showed terrain features clearly. Loading GPS coordinates of scrapes, stands and trails, I was pleased to see them appear all over my mountain. As with the Maptech program, finding where other hunters were accessing the area was a cinch. I started ruling out whole sections. I saw hot spots I had never hiked to-places with food, cover, water and easy access to fields and subdivisions below.

Then I got creative. As I did with Maptech, I linked digital photos of exact locations to waypoints-my hottest stands were now visible. I could e-mail the whole thing to a hunting partner, if I were that generous. The more information I entered into the maps, the clearer the deer and turkey patterns became. Accounting for the prevalent west wind, new stand locations started to jump out.

Sitting there looking at my mountain that was now as naked as an X-ray, I started to get nervous. A hacker could steal my whole mountain, stand locations and all. Some wily technophile in Mossy Oak could be in my trees. Perhaps I also needed to invest in a little anti-hacker software. Technology, as it turns out, also spawns paranoia.