A suppressor that (almost) does it all 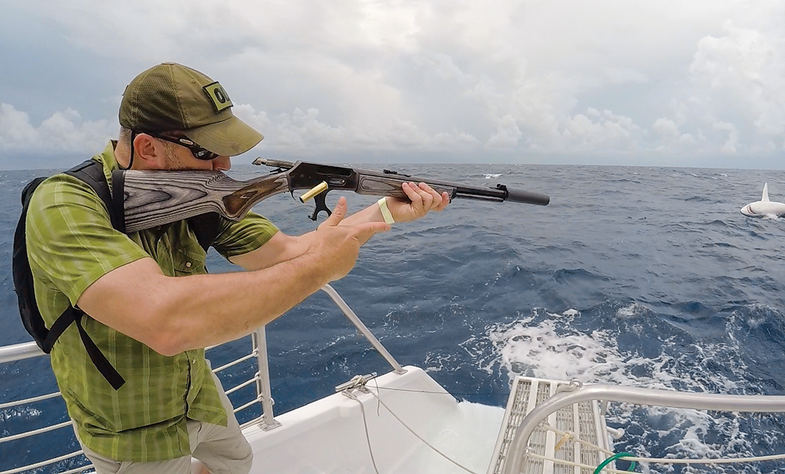 More mainstream hunters and shooters are turning to sound suppressors to save their hearing, but one obstacle has been the caliber-specific nature of most silencers. The new Silencerco Hybrid, which is being rolled out in 2016, seeks to assuage the concerns shooters might have about using a suppressor on multiple firearms with different calibers.

The inside diameter of the Hybrid is .460 inch, meaning that cartridges with a diameter of .458—such as the .45-70 Govt. or .45 ACP—are the largest it can accommodate. Any cartridges smaller than that will still have its report muffled and won’t run the risk of a baffle strike.

What makes the Hybrid unusual is that it is rated for even magnum-strength rifle cartridges, like the .300 Win. Mag. But it isn’t so heavy that it is unwieldy to use on a pistol.

Trigger Time
I got a chance to shoot the Hybrid on multiple firearms recently during an excursion in international waters off the Florida Keys. We had Hybrids mounted on a Springfield Armory .45 ACP, a CZ Scorpion in 9mm, a Marlin .45-70 lever gun, and a Knight’s Armament in .308.

Standing on the stern of a 150-foot catamaran, we shot at targets floating in the water, trying to steady our aim in the 6-foot seas.

The Hybrid worked well on all the firearms and dropped the muzzle blast down to hearing-safe levels for all those calibers. Final pricing and specs on the Hybrid will be unveiled at the 2016 SHOT Show, the company says.