Hunting for a light yet dependable gun? Look no further than these bolt-action centerfires 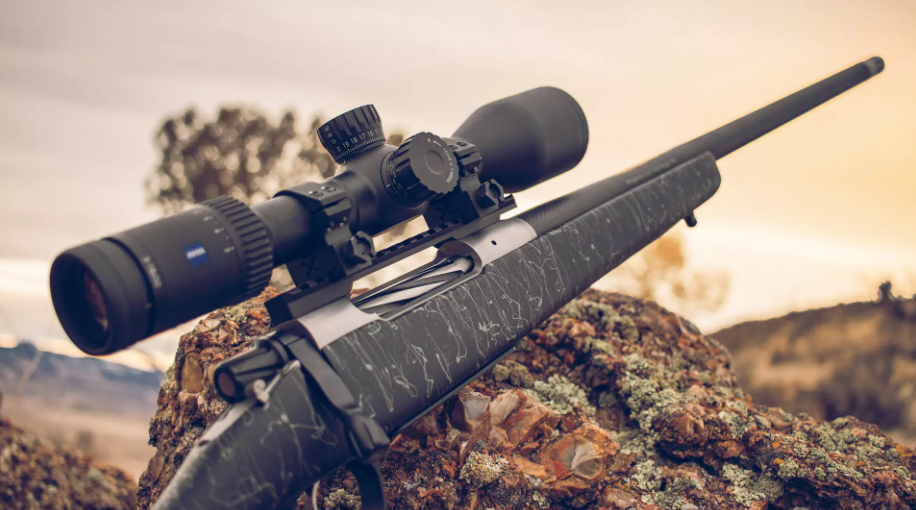 Being an avid sheep and mountain goat hunter here in Alaska, I’ve seen the good, bad, and ugly as far as mountain rifles are concerned. A mountain hunter needs a rifle that is reasonably lightweight, dependable, accurate, and impervious to foul weather. Every rifle has its advantages and disadvantages. Some rifles are super light, but not every hunter can shoot them accurately because of the increased recoil. Some great shooting rifles are just too heavy to pack up the mountain. In my experience, a rifle that is light as possible and still allows a hunter to consistently shoot 1 ½ MOA groups is adequate for normal ranges. Not every rifle is up for the job, but here are 10 that I would not hesitate to take on a once-in-a-lifetime hunt. These selections were made with sheep, goats, mule deer, and elk in mind, but they are capable of killing any game you will find in the mountains.

Weatherby’s new Backcountry Ti has taken their Mark V platform to a whole new level. The Mark V has always been a high quality, accurate rifle with a robust action, which added weight to the gun. This rifle was crafted to pair perfectly with Weatherby’s new 6.5 Weatherby RPM cartridge, a screamer in a standard action. It’s available in a variety of chamberings including .280 AI and 6.5 Creedmoor as well as several of Weatherby’s proprietary magnums, but it’s at its lightest in the standard-length actions, coming in at just under 5 pounds. It features a titanium action (that is a little stickier than steel), carbon-fiber stock, 3D-printed recoil pad, and a pencil-thin fluted barrel. It has a sub-MOA guarantee out of the box, and you can buy it as a straight production rifle, or order one in specific colors on Weatherby’s website. It’s an excellent rifle, and at the top of the list of ultralight production bolt guns. MSRP: $3,349

Kimber has built a great reputation for mountain rifles, but took it to another level with its Mountain Ascent. Weighing in at 4 pounds, 13 ounces, it is one of the lightest production rifles on the market and really set the bar for ultralight production rifles. The bolt-action is not only light, but attractive and it fits the shoulder as well as it carries. To top it off, the all-weather construction is able to withstand the nastiest sheep or mountain goat hunt. The Mountain Ascent continues to be a great, accurate gun available in 10 different chamberings. MSRP: $2,040

Winchester’s budget-friendly XPR has been on the market for a few years. It won’t win any beauty contests, and certainly doesn’t fall into the ultralight category (it weighs around 7 pounds), it’s a pure utilitarian workhorse, and offered in a slough of cartridge options. It’s a rifle that normally wouldn’t stand out in a crowd, but the XPR has always performed for me and you can’t beat the price tag. One particular XPR in 6.5 Creedmoor I own has seen every weather condition imaginable, taken a half-dozen Dall rams, 10 or so caribou, five or six deer, as well as a couple black bears. If you don’t want to shell out cash for one of the higher-end rifles, this is a great option. MSRP: $549

When we’re talking about custom-quality, truly ultralight factory rifles, Barrett’s Fieldcraft isn’t far behind Kimber’s Mountain Ascent. The company is well known for their .50 BMG rifles, and has stepped into the mountain hunting market big time. As far as weight is concerned, with the short action model coming it at about 4.75 pounds, you will hardly notice it on your daily hikes up the mountain. The Fieldcraft is accurate, and offered in several time-proven chamberings like 7mm-08, .308, .25-06, and .30-06, as well as a few others. You can also pick from the standard, ultralight model, or one with a slightly heavier, threaded muzzle. Find out how the Fieldcraft performed in our gun test here. MSRP: $1,799

Savage has long been known for producing accurate, dependable rifles, but you could never really call them lightweight until now. What they’ve done with the Model 110 is smart. There is a lot of excess steel on the standard 110 action that Savage was able to mill off and hollow out, as well as flute the bolt to further reduce weight. The short action comes in at about 5.8 pounds, a big cut from the 7.5 pounds of a standard 110. Savage then mated it with a PROOF research carbon-fiber wrapped barrel (which are well-renowned for their accuracy). Unlike pencil-thin all-steel mountain rifle barrels, a carbon-wrapped barrel typically won’t heat up as fast, and dissipates its heat faster, while coming in at a similar weight, which is very handy for load development. It utilized Savage’s AccuTrigger and AccuFit stocks and is being offered in some very common short action chamberings, like the .308, 6.5 Creedmoor, and .300 WSM, but also in popular mountain cartridges like .280 AI. Read our full review of the Model 110 here. MSRP: $1,500

Browning’s X-Bolt platform is a wonderful production mountain hunting rifle with a short-throw, smooth action, reliable feeding, accuracy, and all-weather coatings, but the Pro kicks it up a notch. It’s still not ultralight, coming in at about 6 pounds, but cuts a good amount of weight from other X-Bolt models like the Hell’s Canyon Speed. Its most notable features are the foam core, true carbon-fiber stock and full cerakote finish with spiral fluting on the bolt and bolt knob, as well as a fluted barrel. They are made to take a beating and still perform. I took one in .300 Win. Mag goat hunting, and can attest that it can double as a fall-arresting device at times. It’s just a great all-around hunting rifle, and if I could only have one, this would be high on the list. It comes in just a couple short action chamberings (.308 and 6.5 Creedmoor) and hits heavy on the top end with cartridges like the 28 Nosler, 30 Nosler, and 300 PRC. (it does also come with a removable muzzle brake and thread protector end cap should you decide not to use it. MSRP: $2,200

The Tikka T3 series of rifles has established a cult-like following of hunters, especially mountain hunters because of it’s affordable price, accuracy, and utter dependability. The T3X Superlite has the same dependable features, along with a more modular stock, widened ejection port for single-feeding, fluted barrel, comes chambered in a variety of calibers, and weighs right around 6 pounds bare (depending on chambering). It’s another no-frills workhorse that will always get the job done. MSRP $749

The Cross from Sig Sauer is perhaps a foreshadowing of what’s to come, knowing the popularity of chassis-style rifles in the precision shooting community. Many of those folks are also hunters and recognize the advantages that that style of rifle can give. This is a purpose-built hunting/backpacking rifle that looks like a blend of AR and chassis rifle ergonomics, but isn’t actually an action in a chassis, but more of an AR-style receiver with ejection port. It features a fully adjustable comb and length of pull, folding stock, and comes in at under 7 pounds. Chamberings are limited, but one is the new .277 Fury, which claims to reach previously unattainable velocities out of a 16-inch barrel for a .270. MSRP: $1,779

Christensen Arms’ Ridgeline has become a staple for mountain hunters, garnering a reputation as a very dependable, accurate rifle. Their light target profile carbon-wrapped barrel is accurate and sheds heat much better than all-steel barrels, and the rifle also features a carbon-fiber stock with spot bedding, and it’s all tied together into a precision-machined action. The bolt has an M16-style extractor and dual ejector for magnum chamberings. They start at about 6.3 pounds, which is fantastic for that barrel profile, and each one is guaranteed to be able to shoot under 1 MOA. They’re offered in a wide variety of cartridges, from short actions up through ultra mags. MSRP: $1,995

Bergara, a relative newcomer to the hunting rifle game has really made a name for themselves, bringing dependable, and very accurate (as well as aesthetically appealing) rifles to the market. They are really a fine gun for the money, shoot well, and the Mountain 2.0 has a fair price point for a production mountain rifle. It features their Premier 2-lug action, fluted bolt, 22- or 24-inch No. 3 tapered barrels with a carbon-fiber stock, Triggertech trigger, and weighs between 6.2 and 6.4 pounds. For the money, it doesn’t quite hit the weights that some of its competitors do, but would be a great mountain rifle nonetheless. MSRP: $2,250