Remington’s CEO reflects on the past and looks toward the future on Remington’s 200th anniversary. 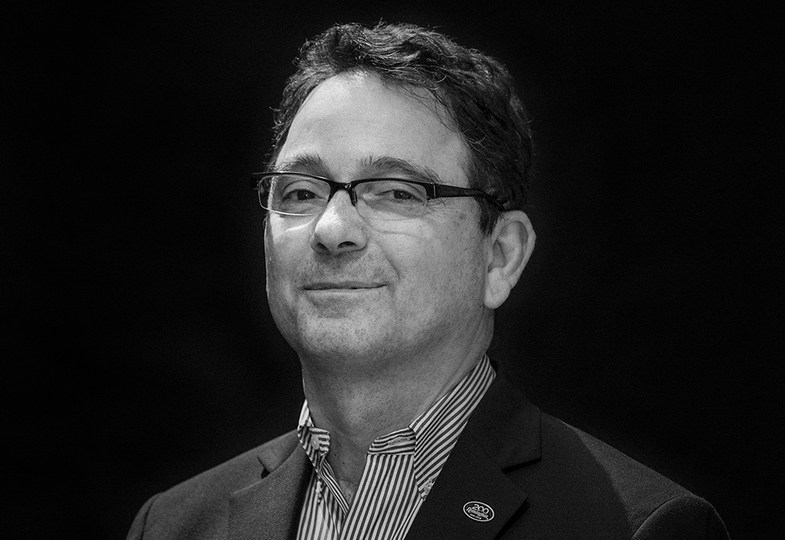 Testing the caption. This should be migrated. Aaron Artgue
SHARE

James “Marco” Marcotuli has embarked on a journey that has taken him from a small town in Western Pennsylvania, where he worked in his family’s business, to the top job at Remington, which celebrates its 200th anniversary this year.

We caught up with the 57-year-old during a break in his busy schedule in order to ask about his plans for the company, which has weathered tumultuous change in recent years. Marco has plotted a course that focuses on building a foundation of solid business practices rather than making high-profile new-product announcements.

He believes this quiet approach to reconfiguring Remington, and its affiliated brands under the Remington Outdoor Company (formerly known as Freedom Group), will set the stage for profits and growth as Remington enters its third century of operation.

On Remington’s 200th Anniversary
“I try to put in perspective how long ago 200 years was. When we look back, our flag only had 15 stars, we only had 18 states, and James Madison was our fourth president. It was a long time ago.
It’s truly an historic milestone and a testament to the pride that goes all the way back to our founder, Eliphalet Remington II. We are the oldest continuing manufacturing company in the United States. And we’re still building great products. All American-made with American workers.”

How he views Remington’s modern-­day mission
“Our mission is kind of simple. It is to have employees, customers, and shareholders say we’re a great team. You’ll notice the order I mentioned there: employees first, then customers, then lastly shareholders. Because really we believe that employees are mission-critical to providing quality products that deliver a strong value for the customers’ money.”

The challenges facing the company
“We currently have some brand tarnish. Some of it has been self-inflicted and some of it may just be perceived. But regardless it’s our reality and we’ve gone to work on fixing it. The reality wasn’t created overnight and it will take a lot of hard work and some time to fix. There are some early signs of progress taking shape: the RM380 and the V3 and the Marlin 336, even. We’ve also seen some great success in some of our acquisitions. Barnes is a great example of that.”

Getting the company back on track
“The plan has three basic steps. Step one is to build the core processes and the systems that most people would probably call blocking and tackling. And step two is to build the monitoring tools and institutionalize those core processes in step one to be second nature or instinct-like behaviors. Step three represents those big, company-wide, life-changing-type strategic initiatives. We’re really not going to start those until we have consistent, predictable results as proclaimed by our employees and customers. For right now we’re intensely focused on the core processes that cause sustainable results. In some areas we’re in step one and in other areas of business we’re in step two.”

On Marlin, which experienced production delays after the transition to Ilion, N.Y.
“We got out in front of our skis some with a lot of strategic projects and initiatives, and we moved a bit too fast while we were chasing the consumer demand during the surge. The Marlin transition was an example of moving a bit too fast and needing different quality processes to be installed before we moved [production from North Haven, Conn., to Ilion].”

How Remington has benefited from the Marlin experience
“With the move to Huntsville [Alabama], we took the lessons learned from Marlin and this time we got a lot more in front of, and a lot more focused on, quality, and spent time installing quality control in each of the manufacturing steps. And we made sure we had those things locked down before we moved or launched anything.
“The manufacturing lines in Huntsville are some of our best now, and we’re now migrating some of those best practices and processes to Ilion. This is nothing really fancy. It is just harnessing the pride of the employees to be disciplined and follow a rigorous [process]—whether it is a launch process or a manufacturing start-up process.”

Concerning Remington’s financial success
“Profitability is really one piece of the equation. We think building our core processes and systems correctly and sticking to them are what is important….If you make sure you stick to those system fixes and process fixes, the profitability will follow. We don’t get that out of order. We don’t start with the profitability. If you have good-performing products and value, ultimately customers and profits will follow.”

On whether the brands under the Remington Outdoor Company are still for sale, as was stated by Cerberus, the private equity firm that owns the company, after the shooting at Sandy Hook
“We’re not for sale, and we’re really not worried about that at this time.”

On the status of the R51 pistol, which was pulled out of production due to functionality issues when it was originally launched in 2014
“The R51 to me is really a great product. A great pistol. We just launched it a little too early. We’re appreciative that all our consumers have been patient and have shown us probably more than we deserved here in terms of their patience. Our entire team has been focused on this and understands the frustration that the R51 delay caused, and we are taking steps to address this, including shifting production to Huntsville, to our new facility, where we have taken a different approach and installed more quality controls in the manufacturing process. Moving it to Huntsville did result in more of an extended delay of our re-launch….[But] our R51 production line is one of our best, and product development testing is yielding encouraging results.”

The reason for the move to Huntsville
“Huntsville was an opportunity for us to consolidate engineering, marketing, business development, and manufacturing into one facility, one location. We traditionally have been decentralized, so we are able to centralize our operations in Huntsville now.”

On the future of Remington’s factory in Ilion, N.Y.
“The Ilion facility and its workforce truly remain a valued asset to the company. There’s a ton of experience and knowledge there. We’ve been producing Remington products in Ilion since 1816. In that time, we’ve produced more than six million Model 700s, nearly four million Model 1100s, and 11 million Model 870s. In addition, the V3 shotgun is being launched there. So it’s still a valued manufacturing asset.”

On Remington’s evolving customer base and industry trends
“We don’t really feel that the customer has changed that much. We still feel it is the person who is looking for products that provide value for their hard-earned dollars. At the same time [we’re trying to] remain relevant with some of the trends we see with [respect to] features and performance.
Like everyone, we see continued growth in handguns. It’s a nice steady growth curve. The same in modern sporting rifles and the shooting sports in general. We also see some strength in hunting products and accessories….I don’t want to say more than this and tip our hand to the competition.”

His favorite Remington firearms
“I have two. My older favorite would be the [Model] 700 my father bought me when I was a kid. And I’d say my newer favorite would be the R51. You might ask why, and I’d tell you I’ve been fortunate enough to participate in its development. I also like the size of it, the weight of it, and how I’ve seen it perform thus far. I really look forward to seeing it launch.”

How he handles the breakneck pace of change at Remington
“The first priority for me [after I took the job] was to connect with our employee base. So since day one I’ve spent time at all our facilities, and now I rotate one week a month to each of them and visit pretty much all of them in a given month.”

His connection with the outdoors and how he unwinds
“I grew up dove hunting and bass fishing. My favorite tool is a chain saw. And it really doesn’t like the cedar trees out in my place in Texas. I like to drink beer, eat pretzels, and bass fish off my dock. I like to shoot, so that’s why dove hunting is my favorite. I don’t like to sit. Except when I drink beer on the dock.”