How Dan Thomason helped Peat fulfill his potential as a grouse woods superdog. 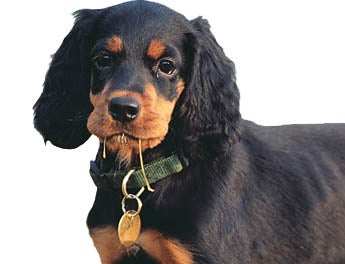 Last month we introduced you to Peat, the most amazing grouse dog I’ve ever known. How did his superior genes translate into a superior dog?

To start, owner Dan Thomason had the right dog at the right place at the right moment in his life. He had time to train his new pup and lived in the middle of 2 million acres of Western Montana grouse country.

Little Peat walked out of the shipping crate and pointed the cat. From then on, any time Dan went to the post office or store, Peat went along in the truck. They’d see grouse on the road almost every time, so Dan would stop and take Peat out on a leash to get bird scent and possibly a point. In the meantime, Peat was gradually conditioned to the shotgun. By fall, Dan was shooting grouse over July-born Peat.

At first Dan thought he was just having fun and believed he had nothing to do with Peat becoming a superdog. But what he did was remarkably important. The 8- to 12-week-old puppy brain is a highly absorbant, mostly blank page. Dan was getting himself and birds on Peat’s page ahead of the clutter. It would be remembered.

Later Dan would recognize that, perhaps even more important, Peat was having lots of birds shot over his points before he had enough leg to get into the habit of running and playing. For us that means starting as soon as the pup is conditioned to the gun, at 16 weeks at the very latest. Birds in the mouth and superior genes could explain why, in Dan’s weeklong hunts with groups of dogs, Peat would have as many finds as all the other dogs combined. Dan has said that Peat acted as if he had a mission to kill every grouse in the woods. He did not play.

Because not all dogs are as cooperative as Peat, Dan recommends training youngsters to come to the front on the command “Hup” by running them in the open on a 30-foot check cord. When they go one way, turn the other as you say “Hup.” They’ll hit the cord’s end and quickly learn to keep track of you. That translates into a dog that hunts for and with you and stays within acceptable range for grouse hunting.

No-Pressure Whoas
Thomason’s advice is to say “whoa” as you slide a hand under the pup’s belly. If the pup struggles, lift him a bit. When he calms down, release with “okay.” The goal is to get him to that relaxed point where he’ll stand for a few seconds after the hand is withdrawn. Continue and hold for more seconds before the okay release.

**Winning in the Woods **
Dan Thomason’s number one key to making a great grouse dog is finding a pup that’s been bred for the purpose. Your greatest mistake-worse than buying from a show line or purchasing just any available pup-is to choose one with field champions on its pedigree. Selecting for dogs that adjust range to terrain has been discussed in field-trial circles, but winning is the first priority and that’s done with big-running dogs. Find a breeder who hunts forest grouse with his own dogs of your chosen breed.

Next, look for a litter from a mating that has already proven it produces grouse dogs. And yes, Peat did adjust range to terrain from 75 yards in the woods to 200 in open country, as do many of his descendants.