"You gotta suffer if you're going to hunt elk right," the veteran outfitter told me 30 years ago. I believed him then, and I believe him now, although over the years I've discovered certain tricks to help relieve some of the pain. 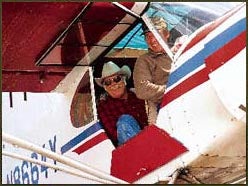 Though obvious, the first thing to remember is that an elk is a huge critter, three or four times bigger than the last deer you shot. A big bull may weigh 800 pounds on the hoof; a cow 450 pounds. We’re talking serious weight here. When your elk is on the ground, you have to be able to deal with it. If you haven’t given thought as to how to handle an animal this huge once it’s down, then you’ve got equally huge problems–because, somehow, you have to field-dress it, quarter it and then carry, drag, pull, push, pack and otherwise get that carcass to a cool environment where it will be out of the sun and rain, and safely away from bears, coyotes, ravens, blowflies and other creatures with a mind to share your elk with you.

Planning Your Hunt
Let’s assume you’ve taken care of carcass transportation, should you get an elk. Now the task becomes finding an elk–not just any one, but a legal one.

Ask yourself basic questions when planning your hunt. Can you afford an outfitter, or will you hunt on your own with a couple of pals? If you want to go with an outfitter, check out the guy thoroughly. Make sure he’s licensed (by calling the state wildlife agency), and investigate his record by talking with other people who have hunted out of his camp.

Assume nothing. Find out an outfitter’s exact hunting intentions, as well as the quality of game in his unit. Some tend to stretch the truth; be sure to confirm their promises of trophy stock with the game department.

Finally, plan on going home without an elk. Most outfitters claim a 50 percent hunter-success figure. If someone boasted a 100 percent kill rate, I’d be mighty suspicious.

I remember my first outfitted hunt more than 20 years ago. The “outfitter” was a drunk, with no clue how to hunt elk, and no one in our party even saw a bull. It was a lesson I’ve never forgotten. Thankfully, I learned that balanced against this character are many dedicated outfitters who can provide you with fantastic experiences. Quite a few of those outfitters, and their families, are now friends and welcome in my home anytime.

When to Go
The timing of your hunt can be critical. Newcomers to elk country commonly believe that elk are always vocal, and that they’ll break a leg in their haste to come in to a bugle call.

The truth is, bulls bugle during the breeding season, which peaks in late September in most areas. By mid-October, when most firearms seasons are open, the elk are done breeding. You might hear sporadic bugling when bulls sense a cow in heat that wasn’t bred earlier, but the calling game is largely over by now. Bulls turn silent, intent on recovering from the rut and surviving hunting season.

When the general firearms season opens, and the woods are invaded by hordes of hunters, elk head for their security areas. These can be impossibly thick blowdowns that you’d swear a jackrabbit couldn’t get through, remote basins, unroaded canyons or other hard-to-reach spots that hunters shy away from. These spots can also be in lowlands where no one is looking for them.

A bugle may work as a locator call for some time after the rut ends. Bulls occasionally respond, but it’s unusual when they approach. Obviously, a hunter’s ability to pinpoint an elk’s location will be a big advantage.

Cow Talk
A cow call is the most important tool you can own. During breeding season, use the cow call to attract both herd and solo bulls that are reluctant to move in on a bugle call. A bull with a harem will often take his cows and hustle them out of the country when he hears a potential challenger. Likewise, solo bulls may be intimidated by a bugle but will tear in to check out the new cow on the block.

Elk make lots of noise, and they’ll accept your movement if they think you’re one of tthem. When you’re walking in the woods, blow the cow call to reassure elk that what they hear coming through the woods is not a hunter. You’ll be able to get much closer to them in this manner. Of course, they’ll flush as soon as they see or smell you. This strategy works throughout the fall, as cows and calves are constantly chirping at each other. Always walk with the wind in your favor.

If you ever bust up a bunch of elk in heavy timber, don’t run wildly after them. Instead, stay quiet, allow the woods to settle down, and begin cow calling softly. Ever wonder how a broken covey of quail or flock of turkeys gets back together again? They do it by calling, and so do elk. If you do your part right, you’ll soon be talking to the dispersed animals in the herd you split up. Those elk are likely to drift in to your location, thinking you’re a lost member of the herd.

Late Hunts, Great Hunts
If you aren’t afraid to be outdoors in nasty weather, try a late hunt in November. Some states don’t offer late hunts during the general season, and you may have to draw a permit in a lottery, but it’s worth going through the trouble of applying, as this is the time for big bulls, a window of opportunity when animals are forced to leave their upper-elevation hideaways. Heavy snows drive them to lower country where they still can find forage. Prepare for the worst, since blizzards and subzero temperatures are always possible. Some of my best bulls have come under just such rough conditions, however.

Limited-entry permits are the gems that allow you to find an easier elk. Each year I apply for tags in four or five states. The effort is worth it because if I’m lucky enough to draw, I’m assured of a quality hunt. Since tags are restricted, fewer hunters will be afield. Moreover, hunter success is far higher than during general-season hunts, and bigger bulls are the rule.

Nowadays, most states offer preference or bonus points, each of which increases your chances of drawing. The preference-point system allows you to accumulate one point each year until you’ve gathered enough to draw a tag. If you persevere, you’re eventually assured of getting a tag. With bonus points, you get an extra application in the draw for every point you have. There are no guarantees, as in the preference-point system, but you don’t need to apply for years on end to become eligible: Even a first-year applicant can draw a tag with the bonus-point program.

Getting a nonresident tag might prove to be one of the toughest aspects of your elk hunt. Of the major elk states, only Colorado allows you to buy a tag across the counter. The rest require you to apply in a lottery or buy one on a first-come, first-served basis. I’m talking about a regular tag here, one that allows you to participate in the general hunt. Not only are nonresident tags hard to get, but they’re pricey, going for at least $250.