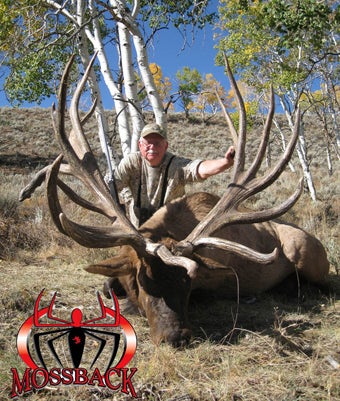 This is an Editorial Opinion piece

We reported earlier this week the harvest of what is likely to become the new world-record non-typical elk. The “Spider Bull” was shot in Utah’s Monroe Mountain unit in mid-September and green-scores just over 500 inches of antler mass.

It’s a helluva trophy, and is a testament to Utah’s management in its hard-to-draw trophy units. And the hunter, Denny Austad from Ammon, Idaho, should be recognized for his ability to home in on what is likely the elk of the decade, and possibly the trophy of the century.

But there are a couple of unsettling aspects to this story. For hunters who are passionate about America’s tradition of free, public hunting and fret the implications of trophy hunting at any cost, the Spider Bull represents a troubling trend.

For starters, look at Utah’s elk management itself. The state’s Division of Wildlife Resources, heeding the preference of many of its most influential constituents, is well on the road toward trophy management, not strictly wildlife management. It’s harder to draw a premium elk permit in Utah than anywhere else in the West, and while most permits are fairly distributed in the drawÂ–and largely according to preference pointsÂ–hunting in the state has become akin to winning the lottery.

When you raise the stakes as high as Utah has on its draw, you promote commercialization of the resource. Utah has essentially privatized wildlife on its Cooperative Wildlife Management Units, in which ranchers can sell trophy tags for a public resource, and has promoted outfitting for its most selective units. Who wouldn’t hire an outfitter for a once-in-a-lifetime sheep or elk or mule deer hunt in order to boost odds of shooting a record-class animal? With a steady supply of clients who expect successÂ–and will pay five figures to ensure itÂ–outfitters are motivated to lease land, to invest in a stable of guides to find and keep tabs on trophy animals, and to keep intact and advertise a high-percentage track record.

That’s business, and the best outfitters are very good at what they do. But they seem to forget that they’re building their business on the shoulders of a public resource. The bigger these outfits become, the less regard they have for the rank-and-file hunter who funds wildlife management, buys sporting equipment and makes their business possible in the first place. Utah’s Cooperative Wildlife Management Units and Colorado’s Ranching for Wildlife are closer to a European model of wildlife management in which the property-owning aristocracy profits from wildlife on their land than the egalitarian model of North American wildlife management that promotes public access to the public resource.

Unequal Opportunity
Denny Austad shot the Spider Bull because he invested nearly $170,000 in a Utah Governor’s Tag, which allows the holder to hunt with any weapon in any open unit in the state. Most states have these super tags, the proceeds of which fund wildlife management, and there is no indication that Austad bent or broke any rule or hunting regulation.

But his success raises a question, one that trophy-recognition outfits such as the Boone & Crockett Club should answer. Does Austad’s achievement merit the same recognition as a hunter who competed against the masses to harvest an animal? Austad hunted with a modern rifle in an area that was open only to muzzleloading hunting at the time for most permit holders. In essence, he bought the chance to participate in a special hunting season. Does that still qualify as fair chase?

The Spider Bull is remarkable for its outsize mass of antler points and beam length. It’s fun to look at a rack of these dimensions. But we shouldn’t confuse the animal with the action of hunting it. Austad had the help off a profit-minded outfitter and a heap of payrolled guides. I will argue until I die that his achievement is less remarkable than a do-it-yourself hunter who invests a season hunting hard for a bull that may have less headgear but was earned with more sweat, boot leather, patience and passion.

So as you gasp at the picture of the Spider Bull, remember that you are seeing an animal produced by serial exclusivity, not by the American tradition of equal access for all.

Be sure to check out more of our recentÂ Elk Hunting articles:

The Truth About Elk Hunting ****