Hunting Skills: 3 Ways to Mentally Prepare Yourself for a Mountain Hunt

If you read my last post detailing the reasons why some backcountry hunters come home empty handed, you recognized that... 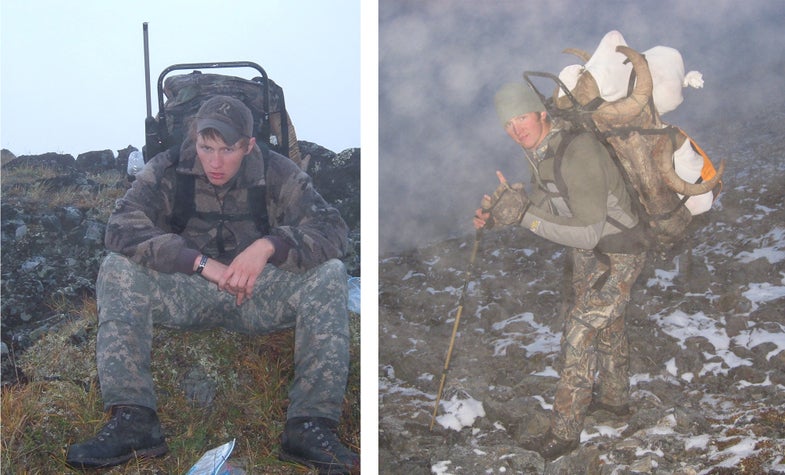 If you read my last post detailing the reasons why some backcountry hunters come home empty handed, you recognized that lack of planning and failure to grasp the scope of the enterprise were among the leading ingredients in “tag soup.”

But I’d argue that the most significant shortcoming is failure to be mentally prepared for a mountain hunt. Mental toughness is different for everyone, and just because someone doesn’t fill their tag doesn’t necessarily mean that they lack it. To give yourself the best chances, however, you need to be in the right mindset before and during your hunt.

Mountain hunting is tough, and it’s not for everybody. However, you don’t need to be superhuman to be successful. The biggest key is having the right mentality. I know of hunters of almost all shapes, sizes, ages, and genders who have taken sheep, and a lot of able-bodied young men who have given up. When I started sheep hunting 11 years ago, I didn’t quite have a grasp on what I was getting myself into. Here are three things I’ve learned since then that give me a mental edge:

1. Discard expectations of comfort
Imagine passing through a big gate that says, “Abandon all hope of comfort, ye who enter here.” A little dramatic? Sure, but if you put yourself in a mental place where you are ready and willing to face the worst, you will tame the reality of discomfort. Just accept that you will be cold, wet, exhausted, hungry, and you will hurt in places you didn’t know you could.

Often, simply facing and accepting the discomforts frees your mind to focus on the task at hand, and not the intimidating entirety of everything you may have to go through on that trip. Truth be told, we are pretty pampered these days with the innovations in mountain gear. An old-time sheep hunter from Fairbanks, who has since passed away, used to go sheep hunting with a 20-pound pack. No tent, no rain gear, no stove—just wool clothes and a piece of tarp to roll up in at night. He also is said to have stated, “If you have to crap more than twice on a 10-day sheep hunt, you brought too much food.” I’m not that tough, and there’s not much need to go through that today, but he was willing to put up with it, and he had a closet full of monster sheep horns to show for it.

2. Expect to climb every mountain
One delusion I was under when I started out was that maybe I could find an “easy one.” Yes, some people get lucky and catch a ram in a spot that is easy to get to, but if you’re determined to be successful, don’t even let that thought enter your mind. Look around and find the nastiest, tallest, most ominous mountain you can see, and accept that you will have to climb it several times. Let’s hope you don’t, but by setting your expectations to a painfully high level, then anything less than that will seem more doable.

3. Expect to walk a very long way
Walk as far as it takes. I know that sounds simplistic, but if you mentally prepare for that open-ended goal, then you won’t be ready to turn back when you hit a pre-established mileage. Don’t worry about how far you will have to walk back, just deal with that when the time comes. Once again, the common theme is to put your mind into a place where the goal is all you are focused on. If you can put 50 miles on your boots to find and kill a sheep, you can put another 50 on them getting it out. It will not be fun, but see number one above.

These tips aren’t intended to be discouraging, but tools to prepare your mind to deal with some of the biggest factors that cause people to give up on their trip. If you can accept all of them, it’s still not going to be easy, but pushing the worry and doubt away gives you the freedom to focus on the goal.

You need to be able to stay positive, and that will definitely be tested. You don’t have to be a super hunter or in perfect shape. If you keep putting one foot in front of the other and don’t give up, you will eventually get there. Mental preparedness also helps you to deal rationally with the doubt that arises when you are at the end of your rope and there are no animals to be seen. Several times, when things were looking very grim, my hunting partners and I have taken rams simply because we didn’t give up.