Tag Soup: 5 Mistakes Mountain Hunters Make, and How to Fix Them

I recently heard a story from a buddy of mine who was at work, listening to another guy on the... 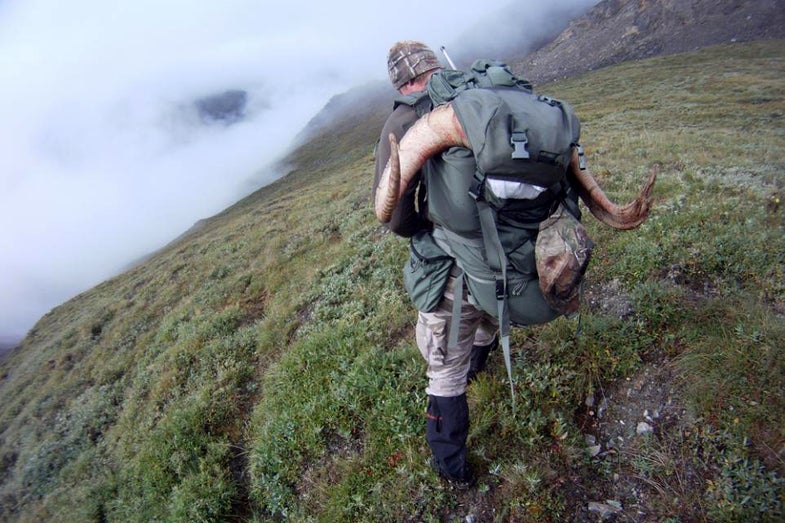 I recently heard a story from a buddy of mine who was at work, listening to another guy on the job talking about how many sheep hunts he had been on (a significant number). When my buddy asked which taxidermist the guy used, his answer went something like: “Well, when I get one…”

This is actually not that unusual, and if one didn’t know better, they would get the impression that a legal Dall ram is attainable only to a select few with the most expensive clothing, gear, and a defined six-pack. With what you see on social media, you would probably think the same of high country mule deer and monster bull elk, as well. Anyone and everyone is susceptible to bad luck—you’re not less of a hunter if you don’t fill your tag every year. However, if year after year after year, you take to the mountains and come home empty-handed, you’re probably doing something wrong.

I’ve been on 10 sheep hunts (one every year since I was 18, except in 2008) and have been fortunate enough to take nine rams myself and watch about 20 of them bite the dust. I’m not a super hunter or fitness fanatic by any means, but I am a stickler for sticking to the basics. I’ve learned over the years that five things in particular contribute to second (and third, and fourth…) helpings of tag soup for mountain hunters.

1. Failing to do your homework
When you ask someone specifically where they hunt, you are not only breaking a mountain-hunter’s taboo, but you’re waving a giant flag that says you’re a newbie. Don’t fret though. There are ways to research areas for your hunt without seeking a handout. Research harvest records, ask a biologist for recommendations, and get on the ground and do some good, old-fashioned scouting. Learn as much as you can about the animal you are hunting, their habitat, and their habits to aid you in locating prospective areas.

2. Abandoning your plan
One thing that holds a lot of people back is simply coming up with a plan and sticking to it. The most intimidating part of a challenging hunt for the unexperienced is often the first step. Research your area as best you can, formulate a plan for your hunt, start walking, and don’t look back. I know quite a few people who have quickly given up on their plan, and they all have one thing in common: They don’t kill sheep. Even if the situation is discouraging, keep hunting.

3. Picking a poor hunting partner
If I had a dollar for every time someone told me they didn’t get a sheep because their hunting partner did X (you fill in the X with whatever perceived crime you prefer), I’d at least have my lunch money covered for a while. On a mountain hunt, it’s wise to bring a buddy, but as with any team, you’re limited to the capabilities of your weakest link. I’ve heard every excuse in the book, from legitimate injuries to faked injuries to crappy gear, but most commonly it’s simply “my partner gave up and wanted to go home.” This isn’t intended to be demeaning, but bet your rear, I’m not taking someone I know is going to wimp out. If I did, it would turn into a solo hunt real quick. These hunts can be a huge investment of time, money, and sweat. Don’t doom it before you even get started.

4. Not walking far enough
The notion that a 40-inch ram or 30-inch muley is waiting for you just out of sight of the truck or airstrip can creep into anybody’s imagination. But except for the rare stroke of pure luck, it’s not going to happen. One of the most common questions a failed hunter will hear is “How far did you go in?” The answer is all too commonly, “Oh..around 10…or…2 miles.” A common misconception is that on fly-in hunts, your ram will be waiting for you on the hill above the airstrip. It might happen on occasion, but generally, you’re going to have to walk just as far on a fly-in hunt. If you measure how far you’re willing to walk in days and not miles, you’re on the right track.

5. Lacking mental fortitude
Probably the biggest thing to conquer to be successful in mountain hunting is mental preparedness. Most of the factors that lead to tag soup are unpreparedness in one form or another, and many mountain hunters mistake being physically prepared for being able to handle all the grinds of the backcountry. But the biggest grind is mental. Can you handle the doubt, second-guessing, crushing boredom, and anxiety of an extended wilderness trip?

Mental preparedness is a can of worms in itself, so later this week I’ll focus extensively on how this single topic can make the difference between feasting on sheep ribs, or dipping your bowl in another vat of tag soup. (Click here to read Part 2)