A few years ago I was fishing a well-known trout tailwater with friends David, Bill and Terry. David had arranged... 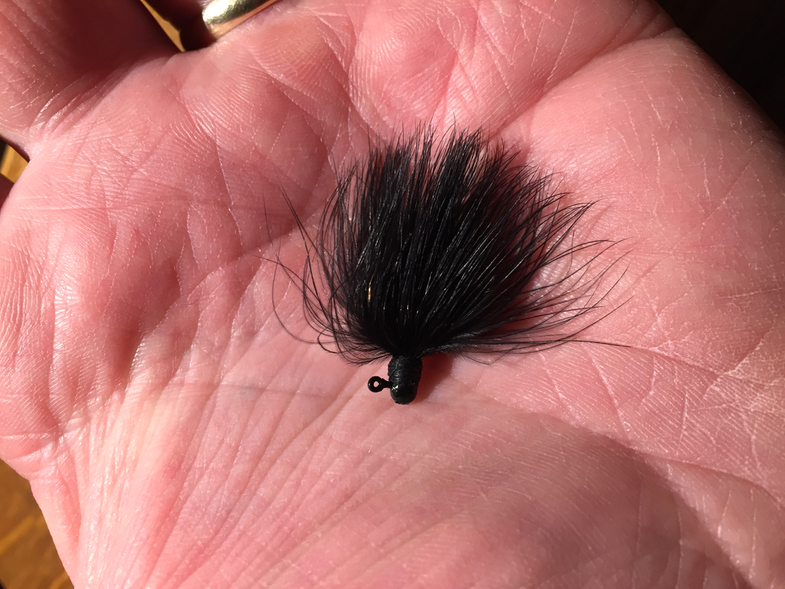 A few years ago I was fishing a well-known trout tailwater with friends David, Bill and Terry. David had arranged the trip and preferred to fish with bait so we spent the first day bouncing shrimp off the bottom. Since we were raking in trout no one complained.

By late morning of the second day I was getting a little twitchy and asked our guide, Lenny (four anglers, two boats, one guide per boat), what he liked to use when he fished an artificial.

“I’ll show you when we stop for lunch,” he said.

While the shore lunch of fried trout, fried potatoes and apple dump pie was being consumed at a rate to induce a food coma, Lenny called me aside.

“I like to use these,” he said, dropping a tiny jig into my hand. “You can fish ‘em under a bobber and a lot of people like to do it that way but I like to tight line ’em. Some guys don’t like to fish them because you have to use such light line. I like 2 pound (test). Four pound’s really too heavy but you can use it. I’ve used 1 pound and really like it but most of my fishermen don’t know how to cast it. And you probably catch as many fish on 2 pound as you do 1.”

I noted that it might pass for a small streamer in some fly circles. Lonnie smiled and shook his head.

“A lot of my fly fishermen won’t use it because it’s not really a fly, I guess,” he says. “You know how some of them are. But the best way to fish them is on a fly rod.”

He’d given me a black marabou jig tied on what I guessed to be a No. 12 hook. It was practically weightless.

“What does this weight?”

“I don’t know. But that’s the smallest one.”

“No. I get ‘em from a guy over in Fayetteville (Arkansas).”

That guy is Jim Hall, who, along with his wife, Pam, operates P. J’s Finesse Baits. Jim Hall is an attorney and lay pastor. He and Pam Hall use their jig business in part to support mission work, first in Honduras and more recently, Guatemala. The jig Lonnie had given me was a 1/125-ounce marabou jig. They’re available in 22 different colors or color combinations. The Halls also sell a 1/200-ounce fly tying jig head (available in seven colors) with a No. 14 hook and a 1/100-ounce tying head. Find out everything you want to know about P. J’s Finesse Baits at www.ejigs.com.

After lunch I dug an 8-foot, 5-weight from my travel pack and tied on the jig. Lonnie pulled us into an eddy at the at the edge of a wide tail out where I caught a consecutive string of trout until a feisty rainbow darted behind a basketball size rock and I snapped the tippet. Most fish had hit on the downstream swing but a couple stuck on the fall.

“I’m going to order some of these.”

“That’s what most people say after they try one,” Lonnie said. “They’re also good for stream smallmouth fishing.”