In April, Kentucky fishery officials, along with the U. S. Army Corps of Engineers and the U. S. Fish &... 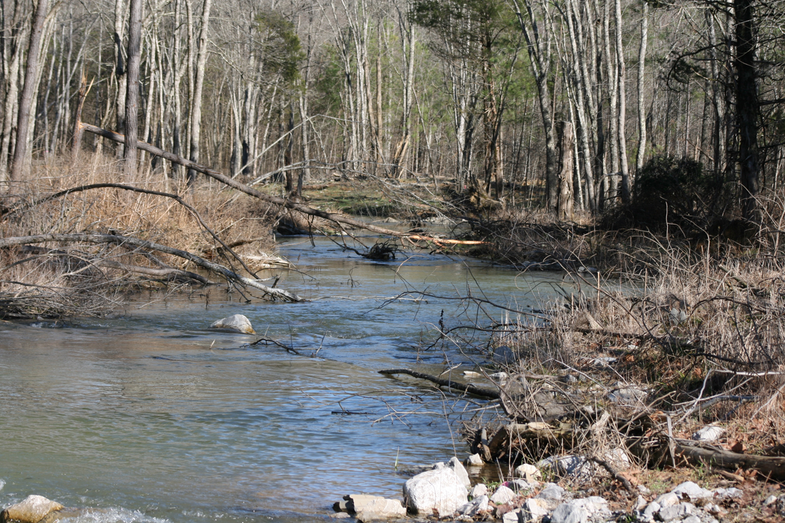 In April, Kentucky fishery officials, along with the U. S. Army Corps of Engineers and the U. S. Fish & Wildlife Service, will unveil a project that may be the first of its kind in the country.

Four years in planning and construction, Hatchery Creek will open to fishermen April 29. The mile-long stream (actually about 6,000 feet) was designed and constructed with trout and trout fishermen in mind. It will be restricted to catch-and-release, artificial lures only.

The stream’s source is a 15,000 gallon-per-minute water release from the Wolf Creek National Fish Hatchery near Jamestown, Ky.

“This is unique,” said James Gray, project manager of the Wolf Creek hatchery, located just below the Corps of Engineers’ Wolf Creek Dam and the trout-rich Cumberland River tailrace. “It has attracted some nationwide attention. It’s an example of what can be done at other (trout) hatcheries.”

The project is actually a re-routing of the creek that returned water from the hatchery to the Cumberland River. The original Hatchery Creek, cut when the facility was constructed in the mid 1960s, was narrow, steep sided, nearly impossible to fish, and silty. The re-tooled Hatchery Creek, which combined the efforts and federal and state fishery officials, the Corps of Engineers along with a covey of private sector engineers and designers, was funded by mitigation monies that, by regulation, must be used for stream restoration. The total cost was $1.85 million.

The stream has the look and feel of natural water. It’s small – at no point is it more than 15 yards wide – and braided with side streams and spotted with occasional shallow water/wetland patches. The stream is also loaded with cover: rocks, boulders, gravel, cut banks and downed timber.

It all has a natural look and feel but every piece was assembled with puzzle-like planning.

“It’s man-made but it’s designed to be a natural stream,” says Gray. “It’s loaded with habitat and cover. It may be a little tricky to fish.”

There are currently no plans to stock the stream, although that could change depending on various factors, primary of which is how many rainbow, brown and brook trout migrate into the creek from the Cumberland River tailwater. The Cumberland River below Wolf Creek Dam is stocked with more than 100,000 trout annually and provides approximately 80 miles of trout water. Hatchery Creek enters the tailwater about three miles below the dam.

A step pool has been added to the lower 200 yards of the Hatchery Creek to allow trout to negotiate the approximately 30 feet of elevation gain from the Cumberland River into the stream. You can see a video of the step pool run right here:

Gray acknowledged that many questions remain, including which fish species will move into and use the stream. The Cumberland tailwater is loaded with trout but other fish live there too, including striped bass (a few in the 50-pound range), walleye, largemouth and smallmouth bass, various panfish, gar, catfish and others.

“That is a question that’s in my mind,” says Gray. “I think (rainbow, brown and brook) trout will move into and out of the creek. We’ve seen some trout in the stream. But I wonder what other (species) will use the stream. We’ll have to wait and see.”