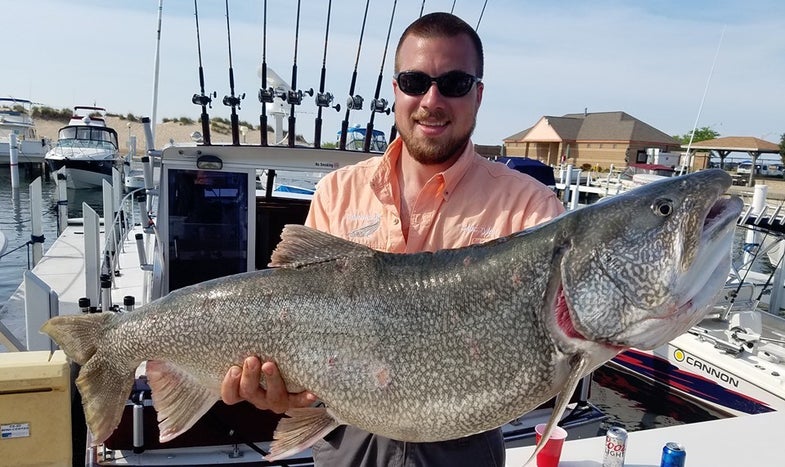 Kreighbaum, owner of Tightline Fishing Charters, was trolling near the Michigan state line with his wife and first mate, Britney, and five clients. He, just like Bill Roy, did not realize his fish was special when he first hooked it.

“I caught it by accident,” he told the Indiana Department of Natural Resources. “I thought I was hooked on bottom. I was trying to break the line off.”

Luckily, he failed to break his line, and he landed the fish. Recognizing its exceptional size, he took it to be weighed on a certified scale, and the Indiana DNR approved it as the new state record.

At 25, Kreighbaum is the youngest known charter captain in the state of Indiana. His fish, on the other hand, has a clipped fin distinctive to lake trout stocked in Lake Michigan during the late 1970s. It was probably at least a dozen years Kreighbaum’s senior.