William Roy of Palmer, Mass. was trolling a small spoon for landlocked salmon on Quabbin Reservoir when he caught a... 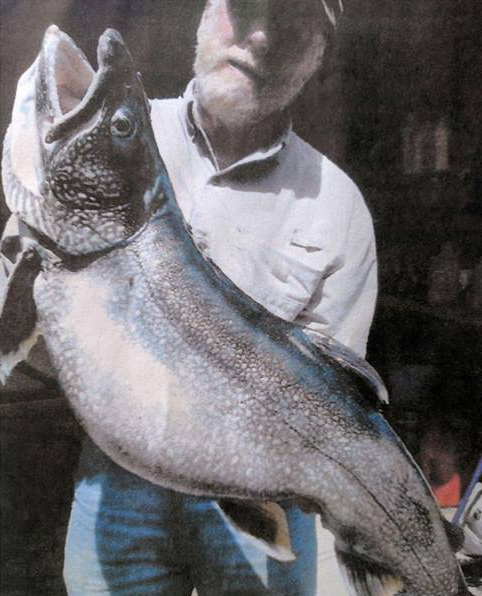 William Roy of Palmer, Mass. was trolling a small spoon for landlocked salmon on Quabbin Reservoir when he caught a 25 pound, 7 ounce lake trout. His fish replaced the previous Massachusetts record of 24 pounds even, set in 2004.

The retired 72-year-old fishes nearly every day from early morning to early afternoon, and has seen his share of big fish. At first, however, he did not recognize the lake trout as anything exceptional.

“By the way this one was fighting,” he told Telegram, “I honestly never thought it was going to be a new state record. I think because it was so fat, it just wanted to go down deep and use its weight to stay there.”

After a 15-minute fight, the fish finally came to the boat, but upon seeing it, Roy still wasn’t impressed.

“I was actually thinking that I’d just release it,” he told Telegram. However, he went on to say, “But the more I looked at it, the more I couldn’t believe how fat it was.”

The fish, only 33 inches long, was fully 26 inches in girth. Roy weighed it at a local sports shop, and then took it to a local fish hatchery to officially confirm its weight and species. The Massachusetts Division of Fisheries and wildlife has since certified his place in the record books.

Photographs courtesy Massachusetts Division of Fisheries and Wildlife, via Facebook