Man’s Best Friend, Even in Death

The web is abuzz with the loyalty displayed by one dog in China. It seems that the dog’s owner died... 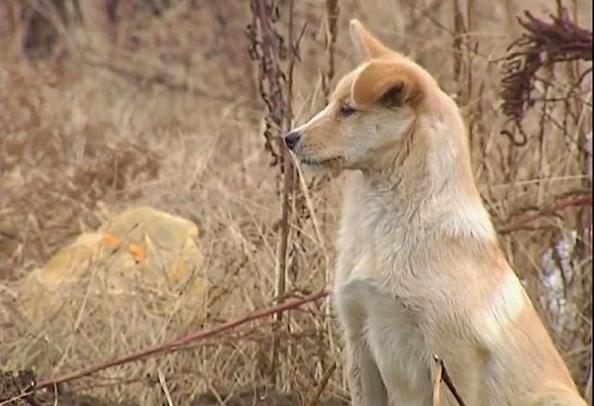 The web is abuzz with the loyalty displayed by one dog in China. It seems that the dog’s owner died a week or so ago and that the dog has stayed by his grave ever since. After a week, villagers began bringing it food and water, and now there are plans to build it a kennel.

It’s reminiscent of Shep from Ft. Benton, Mont., as well as the story of fallen Navy Seal Jon Tumilson and his Labrador, [Hawkeye](URL:// http//www.dailymail.co.uk/news/article-2029688/Navy-SEAL-Jon-Tumilsons-dog-sits-coffin-funeral.html), who laid down near the serviceman’s coffin during the ceremony.

While the stories do pull at the heartstrings, especially the photos of Hawkeye at Tumilson’s funeral, I have to wonder: are the dogs really “mourning” as headlines and some people proclaim? Or is anthropomorphism blinding us and something else entirely is going on?

I don’t know the answer. While I will admit that I do get a little choked up at Tumilson’s photos and story, Shep and his latest Chinese incarnation create a passing sense of wonder and interest but not an outpouring of emotion (maybe this says something about me?).

While I will quickly acknowledge the extreme loyalty of dogs and their desire to please and fit in with a family, when I hear stories of one dog passing in a multi-dog household I often times wonder if what people are relaying is more of what’s inside them than what the dog is actually displaying.

As humans we continually misread our dogs. Just watch an episode any canine “fix it” show and you’ll see. As hunters and trainers we’re usually far ahead of average pet people when it comes to understanding canine psychology and picking up on body language. But even many amateur trainers I know slip into this sort of touchy-feely mindset after a dog dies and then talk of how bad it has affected the other dog(s) in the house.

I often wonder what’s really going on in the household. The dog might actually be mourning. But from what I’ve read and seen, any such mourning tends to be short lived. After all, if wild dogs or wolves were prone to mourning for any extended time, the livelihood of the pack would be put at risk because the attainment of resources (prey, safety cover, etc) would be interrupted.

I’m not discounting that mourning actually takes place, but I think there’s a human element that comes into play with anything lasting more than a few days or week. We see the dog adjusting to life without a pack mate and inject our human emotions (read: baggage) into the process, giving the dog cues and reinforcements. The feedback the dog receives often comes in the form of resources (food treats, a uniquely human pacifier) and physical praise (touching, petting); both are highly regarded by the dog and strongly reinforce the dog’s behaviors.

The sudden change in pack hierarchy combined with a human not acting normally (excessive petting and treats) has, from the dog’s point of view, turned his world upside down. Not only has a pack member disappeared, but the focal point of the pack and one responsible for providing resources has gone on the blink! The remaining dog is left to figure out how to stabilize the situation and if everything will be okay; that insecurity goes a long way to perpetuating behavior changes in dogs.

While there are many scientific reasons why a dog might behave in the manner of Shep, Hawkeye or this yellow dog from China, it’s nice (from an emotional human viewpoint) to think that they really are so attached to their owners that even death can’t interrupt their loyalty.

What say you, Gun Doggers? Do you think these dogs are really mourning? Or is something else taking place, too?