We’re going to start incorporating some breed profiles on the Gun Dogs blog in order to help spread information about... 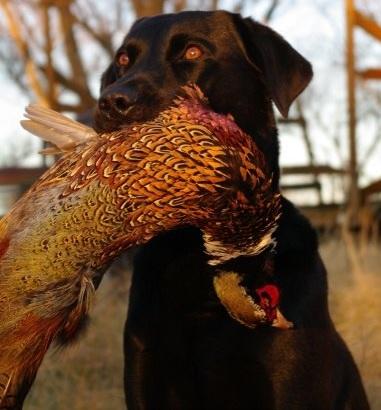 We’re going to start incorporating some breed profiles on the Gun Dogs blog in order to help spread information about well-known and little-known hunting breeds. Each month I’ll profile a breed, chime in with some personal thoughts and welcome you to do the same.

Of course, I have to lead off with my completely unbiased (I hope you read the sarcasm) devotion to the Labrador retriever.

According to the American Kennel Club breed standard, the Lab is part of the Sporting Group, was first recognized as an independent breed by the organization in 1917 and should weigh between 55 and 75 pounds. The energetic and intelligent Lab thrives when part of an active or hunting family, sheds seasonally (which, personally, I think means year round) and is an outgoing, friendly and devoted companion that is used as everything from hunting partner to seeing-eye dog to Diabetic Alert Dogs to family pet.

Originally from Newfoundland, early Labs were developed from an extinct breed known as the St. John’s Water Dog that were used to, among other things, retrieve nets and fish from the Atlantic. The dog was taken to England, crossed with setters, spaniels and other retrievers and voila, the modern-day incarnation of today’s Lab appeared. Its duties shifted from retrieving nets and fish to picking and delivering game; everything from waterfowl to upland birds to rabbits.

The AKC’s general appearance of the breed is as follows:

_”The Labrador Retriever is a strongly built, medium-sized, short-coupled, dog possessing a sound, athletic, well-balanced conformation that enables it to function as a retrieving gun dog; the substance and soundness to hunt waterfowl or upland game for long hours under difficult conditions; the character and quality to win in the show ring; and the temperament to be a family companion. Physical features and mental characteristics should denote a dog bred to perform as an efficient Retriever of game with a stable temperament suitable for a variety of pursuits beyond the hunting environment.
The most distinguishing characteristics of the Labrador Retriever are its short, dense, weather resistant coat; an “otter” tail; a clean-cut head with broad back skull and moderate stop; powerful jaws; and its “kind,” friendly eyes, expressing character, intelligence and good temperament.

Above all, a Labrador Retriever must be well balanced, enabling it to move in the show ring or work in the field with little or no effort. The typical Labrador possesses style and quality without over refinement, and substance without lumber or cloddiness. The Labrador is bred primarily as a working gun dog; structure and soundness are of great importance._”

More in-depth descriptions of the head, body, tail, neck, movement, etc., can be found on the AKC site. However, the general appearance of the breed is where I’m going to add a little editorial.

In the above description, the Lab’s structure and breeding should primarily reflect its working role and heritage. While the Lab can and does partake in other endeavors (show dog, seeing-eye dog, police dog, etc.), its role in the field is of primary importance and should always reflect that. However, that ideal has long since passed.

The idea that a vast majority of conformation/show Labs reflect the “substance and soundness to hunt waterfowl or upland game for long hours under difficult conditions” is nearly laughable in most instances.

A Lab from a long line of show-ring dogs, in most circumstances, usually won’t have the drive and temperament to handle the pressures of training to a high degree for the field. And, thanks to human influence and subjectivity, regardless of written standards, the body type of most modern show-ring Labs is nowhere near able to “hunt waterfowl or upland game for long hours under difficult conditions.”

Human judges and what’s pleasing to their eye, again regardless of the standard, have created a split in the Labrador lines; field and conformation lines differ greatly. It’s not surprising, really. Anytime a dog becomes popular, and the Lab is the most popular dog in the U.S., Canada and U.K., breeders will tinker with looks and temperament to suit individual buyers. Eventually the original intent of the dog is forgotten in the theoretical setting of the show ring, especially when final judgments are subjective opinions that slowly alter over time, and when complexities such as big money, politics and popularity come into play.

The split that has taken place between field and show lines, be that as retrievers or pointers of game or as earth-digging terriers or any other working, sporting or performance-based group, is a black mark on the human experiment of domestication – and to the detriment of the breeds as a whole. In my opinion, form should always follow function.