Llewellin Setters: Their Own Breed?

A comment on my last post – “The best breeds for every game animal” – caught my attention. It was... 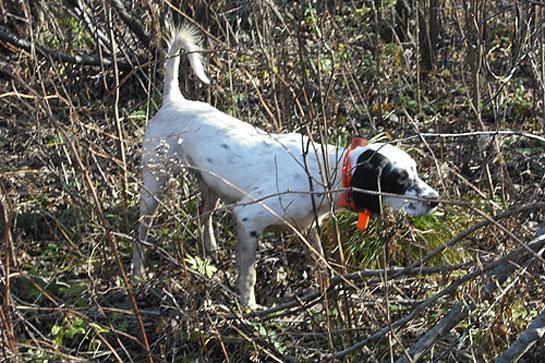 A comment on my last post – “The best breeds for every game animal” – caught my attention. It was made by OL user valgards, and he stated:

Ok, two problems. First, you obviously buy into the AKC line that a Llewellin Setter is the same as an English. It’s not. It is a breed all its own, and the best quail dog alive….

I’m all for pride of ownership, and the age-old debate as to which dog is the best hunter (however you’d like to couch it), but to separate lines within a breed seems like a bit of a stretch.

Anyone that has even spent a cursory amount of time around setters, or even read into their history a smidge, will have heard of the Llewellin line. It’s as famous as any line of dogs in history in any breed. The history of the Llewellin line is written in setter lore, literally, by many; two examples of which can be [found here](http://www.llewellinsetter.net/history.html/] and here [URL: http://www.llewellin.com/whatis.htm//) and here. These are long, detailed histories that give a great account of the rise of field trials, the bane of all field dogs – the show ring, and how the Llewellin line came to dominate field setters for both hunters and early trial competitors. It’s a perfect example of selective breeding for a specific purpose – that being natural ability and success in the field.

The two articles above can be summed up in this Wikipedia entry: _Mr. Edward Laverack (1800-1877), and Mr. R. Purcell Llewellin (1840-1925). Llewellin’s strain was based on Laverack’s best dogs, which were then outcrossed with the bloodlines of his dogs Duke, Rhoebe and later Duke’s littermate, Kate. It was Kate bred with Laverack’s best hunting males that produced Llewellin’s ideals Fd.Ch.Ch. Armstrong’s Dash II and later Fd.Ch.Ch Dashing Bondhu. They were the foundation of Mr. Llewellin’s personal strain known as “Dashing Bondhu”. William Humphrey (1882-1963) inherited them from Mr. Llewellin in 1925 and continued them pure until his death in 1963 and produced 41 field champions in 38 years.
_
Despite Laverack and Llewellin’s well-documented and stringent selective breeding practices, I have to disagree with OL user valgards – the Llewellin is an English setter and not a breed all its own. It’s a very distinguished and accomplished line of English setters, but a strict program does not make a separate breed.

First, Laverack started with English setters. Llewellin continued the line with his own English setters. The line is English setters from start to finish, even if their breeding is tightly regulated (the very definition of selective breeding and developing a line of dogs). To be genetically different from English setters, another breed of dog would have had to been introduced, and in such a quantity and repetition to change the dog at both the genotype (genetic) and phenotype (physically observed) levels.

Now, an argument could be made that the Llewellin line is indeed a separate breed because of the inclusion of dog from around the 1860s that wasn’t an English setter: “Llewellin’s breakthrough occurred when he purchased two dogs, Dan and Dick, while attending a field trial at Shrewbury in 1871. Dan and Dick were sons of a dog named Duke, owned by Barclay Field, and a bitch named Rhoebe (Rhoebe’s dam was half Gordon and half South Esk, a now extinct breed), owned by Thomas Statter; both of these dogs were out of northern England stock noted for outstanding field work. Llewellin bred Dan and Dick to his Laverack females, and a new era in bird dog history was begun.”

It’s a legitimate argument, but I’d still say one dog, introduced once into the breed wouldn’t make such an impact as to make the dog genetically different from other English setters after 140-plus years of breeding to English setters. Nor would that single dog have such an influence on future generations as to set it exponentially apart from other lines within the breed.

The second issue with claiming that the Llewellin line is its own breed, is the fact that the written histories say that the line was so successful in field trials that nearly all lines of field English setters have Llewellin in them. Which, if true, and I wouldn’t doubt it to one degree or another, it only furthers the argument that the Llewellin is a line and not genetically different than the rest of the breed.

While the AKC adopts this logic, the American Field Sporting Dog Association does not. They run their own registry and in their field dog stud book, and those dogs directly descended from the Llewellin lines (and kept pure) supposedly have their own designation – yet are still considered English setters as far as I can tell (which only affirms that they’re a line within the greater English setter breed as a whole).

Perhaps OL user valgards was being hyperbolic and having some fun, to which I applaud his humor and pride of ownership, but without a doubt many out there probably do believe Llewellins are a separate breed than English setters.

I don’t buy it. But what say you, Gun Doggers?