Do You Prefer Male or Female Puppies?

While it’s not quite time for me to get a new puppy (actually, it is, but I can’t handle three... 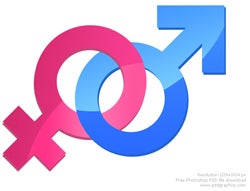 While it’s not quite time for me to get a new puppy (actually, it is, but I can’t handle three dogs in my small place; my bulldog is ancient and still holding on), the thought is in the forefront of my mind. At one point in time I thought my next dog might be a Brittany or German shorthair, but I’m 99 percent certain it will be another Labrador retriever. I just love their trainability and ability to hunt the upland fields and waterfront.

The question after choosing a breed (and breeder) becomes: male or female?

Kona is a male and I really enjoyed training him, and after 8 years really “get” the nuances that come with a male dog. A female dog, however, has its perks and drawbacks as well.

While we can only speak in generalities, males often tend to challenge you mentally. Not like trying to trick you, but standup to you and make you prove the exercise to them; females will sometimes pout if you push too much (not to say there aren’t alpha females), but can also be more affectionate, too.

Males, however, like to pee on everything and have more of a tendency to fight with other dogs, but both are issues that can be resolved with training. Females have their heat cycle to contend with and Murphy’s Law will almost always have that come about during a special hunt or a big competition. While a cycle will keep you from competing, it won’t keep you from hunting her; but hormones could affect her mood, responsiveness and performance. Let’s not forget, however, that a good female is hard to come by, and can also produce puppies, and will therefore almost always cost more than a male.

I’m leaning toward another male, but what do you think? What do you prefer, a male or female pup?