Akin to entering the lion’s den, the Ohio-based U.S. Sportsmen’s Alliance has opened a western office in Sacramento, Calif. The... 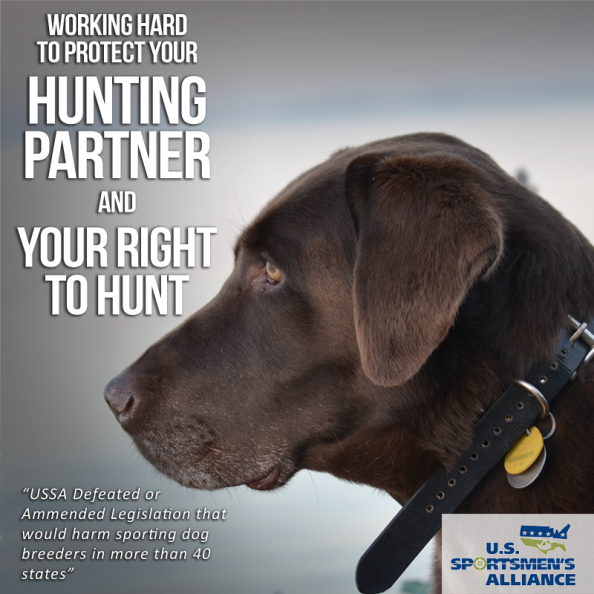 Akin to entering the lion’s den, the Ohio-based U.S. Sportsmen’s Alliance has opened a western office in Sacramento, Calif. The move is an important one for hunters, trappers and sportsmen in general – especially for hunting-dog enthusiasts.

From West Hollywood to the Bay area, California is a bastion for crazies. Modern anthropomorphism of wildlife started with Disney’s Bambi in 1942, and California crazies have successfully used the tactic, as well as emotional imagery, to subvert the game commission, wildlife regulations and pet-ownership laws to fit their agenda and belief systems.

If California just left the lunatics to run the small asylums – that being the city limits of West Hollywood, San Francisco and the like – it wouldn’t be that big of a deal. Unfortunately, those highly populated areas hold sway with vote-mongering politicians and can also blow up the ballot box when it comes to statewide legislation. In other words, the Golden State has become one big anti-hunting and animals-rights sanctuary.

As the most populated state in the Union, California holds enormous influence over the rest of the country. Animal-rights and anti-hunting advocates have used California as a precedent-setting example to pass legislation in other states – regardless of a law’s affects and effectiveness.

For hunting-dog owners nationwide, the threat from Left Coast whackos is paramount. Man’s best friend, and the man’s employment of that friend in the field, is often an easy target for antis. Last year, bear and bobcat hunting with hounds was made illegal (this coming after a moratorium on mountain lion hunting was instituted in the 1970s – the result being more cougars killed by state agencies due to conflicts than were ever killed by hunters).

With that victory firmly in hand, the anti-hunting/animal-rights crowd is taking aim at all hunting with dogs. It’s been recommended to the commission that the “pursuit of all wildlife” with dogs be banned. That means feral hogs, predators, upland birds and waterfowl – anything and everything involving a dog.

And this is where the U.S Sportmen’s Alliance comes in. They’re the only organization exclusively devoted to combating the attacks made on America’s hunting, trapping, and other outdoor traditions by anti-hunting and animal-rights extremists. Whether you know it or not, they’re stepping up to protect your hunting privileges at the state and federal level – and dogs are especially important to them.

However, they’ve had to fight these nationwide battles from afar in Columbus, Ohio. As effective as they’ve been, a boots-on-the-ground sentry in California is a huge step to combating the anti-hunting/animal-rights lunatics. Their new President and CEO, Nick Pinizzotto, is a young and aggressive leader who wants to take the battle to antis, and to do so on their turf.

“Expanding our operations is a natural progression for our organization as we plan to more effectively protect the interests of sportsmen across the country,” he said in a press release marking the opening of the Sacramento office. “Many of the issues caused by the anti-hunting community arise in the western U.S. and particularly California.”

By setting up shop on the steps of the California State Legislature, the U.S. Sportsmen’s Alliance can hold better sway with politicians, improve the organization of like-minded sportsmen’s groups, and more effectively battle issues before they gain strong political steam in the halls of the lunatic asylum that has become California – which means your hunting, trapping, outdoor and dog-related endeavors have a better chance of surviving the insane actions of the anti-hunting/animal-rights crowd.