Another Look at the Palm Pistol

Bob Boyd over at Shooting Illustrated called me out for my less-than-enthusiastic take on the Palm Pistol. He says I’m... 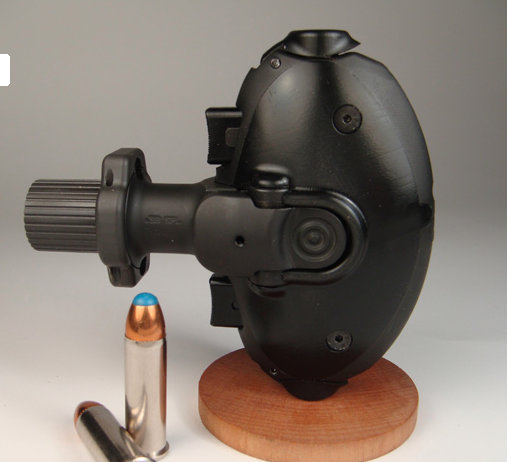 Bob Boyd over at Shooting Illustrated called me out for my less-than-enthusiastic take on the Palm Pistol.

He says I’m missing the benefit of the design for those with severe physical disabilities:

“Having been disabled since birth, I can tell you that people suffering with quadriplegia, for example, may not possess the strength to lift a firearm of average weight, or the motor skills required to grip a traditional handgun. Even a crisp, 4-pound trigger on a custom 1911 may well be impossible for them. While Snow’s taste in handguns is excellent, if his SIG Sauer’s trigger is anything like the 7-pound, 2-ounce deal on the one I evaluated for Shooting Illustrated, depending upon the degree of paralysis to the limbs, the trigger may be too heavy.”

His point is a good one and deserves some clarification on my part. If a person lacks the physical ability to use a traditional firearm, then the Palm Pistol is better than no pistol at all. And having worked with a number of disabled shooters over the years, I know exactly what Boyd is talking about–while many folks who are paraplegic, quadriplegic or who suffer from other physically limiting conditions can wield firearms with incredible skill, for others it is just not an option, and for these folks the Palm Pistol could be a godsend. (As an aside, if you find yourself challenged to a round of trap or a game of pool by one of the wheelchair bound veterans who are part of the PVA, bet against them at your peril or come armed with a fat wallet–they are damn good.)

None of this changes my perspective, however, that the Palm Pistol would be about the last option I’d consider for defending myself with a firearm. By the same token, I wouldn’t recommend it to friend, family member or total stranger for that matter if they could wield anything else. As a single-shot and as an object that doesn’t look enough like a traditional gun to intimidate and potentially dissuade a potential attacker it just isn’t “enough gun” in my view. So call it the pistol of–literal–last resort.