Meredith Graves, a 39-year-old nurse and medical student from Tennessee, was in Manhattan with her husband on Dec. 22 when... 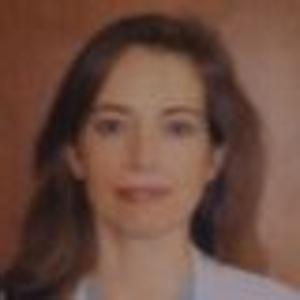 Meredith Graves, a 39-year-old nurse and medical student from Tennessee, was in Manhattan with her husband on Dec. 22 when they decided to visit the 9/11 Memorial to pay their respects to those who were killed.

What she didn’t realize was that she was no longer in America. She was in New York City.

Seeing signs banning firearms at the memorial, Graves, who has a Tennessee-issued concealed weapons permit, realized she had a loaded .32 caliber pistol in her purse. She dutifully asked a police officer where she could check her pistol.

Graves was immediately arrested and hauled off in handcuffs. She now faces a gun possession charge that carries a mandatory minimum of three-and-a-half years in prison.

Her arrest and pending prison sentence has touched off a nationwide firestorm of angst and anger, exposing the need for a national right-to-carry reciprocity, New York’s draconian and ineffectual gun laws, and the bombastic anti-gun bigotry of New York City Mayor Michael Bloomberg.

Graves “is a prime example of why national reciprocity is needed,” wrote said Jeff Knox on FirearmsCoalition.org. “No one should have to worry about whether their constitutionally guaranteed rights are recognized from one jurisdiction to the next.”

The National Right-to-Carry Reciprocity Act of 2011 was passed in House of Representatives 272-154 on Nov. 15. It would allow gun owners to travel more easily from state-to-state without worrying if their permit to carry is valid.

However, it is not expected to be taken up by the Democratic-led Senate, where a similar measure failed in 2009.

In essence, Graves — by mandatory N.Y. law — must do prison time for exercising a right guaranteed in the Bill of Rights and U.S. Constitution at a place in which those rights and that Constitution were attacked.

Even the most liberal anti-gun Manhattanites see the irony.

Assembly Speaker Sheldon Silver (D-Manhattan), whose district includes Ground Zero, told the New York Post that he will form a committee to “see how, exactly, (state laws) are being enforced and to look at the possibility that there should be changes.”

According to a former city prosecutor, a gun-control proponent, city and state laws are dangerously silly.

“Imagine an upstanding citizen who’s gone through the background check, etc, to get a carry permit in another state and is flying with the gun safely checked in his luggage — until the plane is forced to land at JFK because of mechanical problems, obliging him to spend the night here,” he told Andrew Stuttaford in Jan. 4 National Review column. “He asks where to check his weapon and is immediately arrested. Then he spends 24 hours in jail awaiting arraignment, where he’s released on bail to later return to New York and face a mandatory minimum of 3 1/2 years in state prison. That’s not a nightmare; it’s the existing law in New York State. Reform is needed, now.”

But that didn’t stop Bloomberg from accusing Graves of cocaine possession repeatedly in subsequent press conferences.

“Let’s assume that she didn’t get arrested for carrying a gun,” he said. “She probably would have gotten arrested for the cocaine that was in her pocket.”

In a Jan. 10 press release, the Second Amendment Foundation alleged that Bloomberg’s comments weren’t a mere slip of the tongue, but the perpetuation of his attacks on gun-owners, the Bill of Rights, and U.S. Constitution.

“I am sick and tired of Bloomberg demonizing gun owners,” SAF Executive Vice President Alan Gottlieb said. “The only thing worse than Bloomberg’s New York gun laws is Bloomberg himself. If Bloomberg ever had any credibility at all, it no longer exists. His deliberate slander of Meredith Graves is reprehensible, and he should be ashamed.”

— I Am Meredith Graves

— LIFE AMONG THE BARBARIANS: Tennessee tourist arrested for bringing pistol into 9/11 Memorial