A moderately priced shotgun, the Gold Reserve will play in the uplands and the duck marsh, and at the clays range 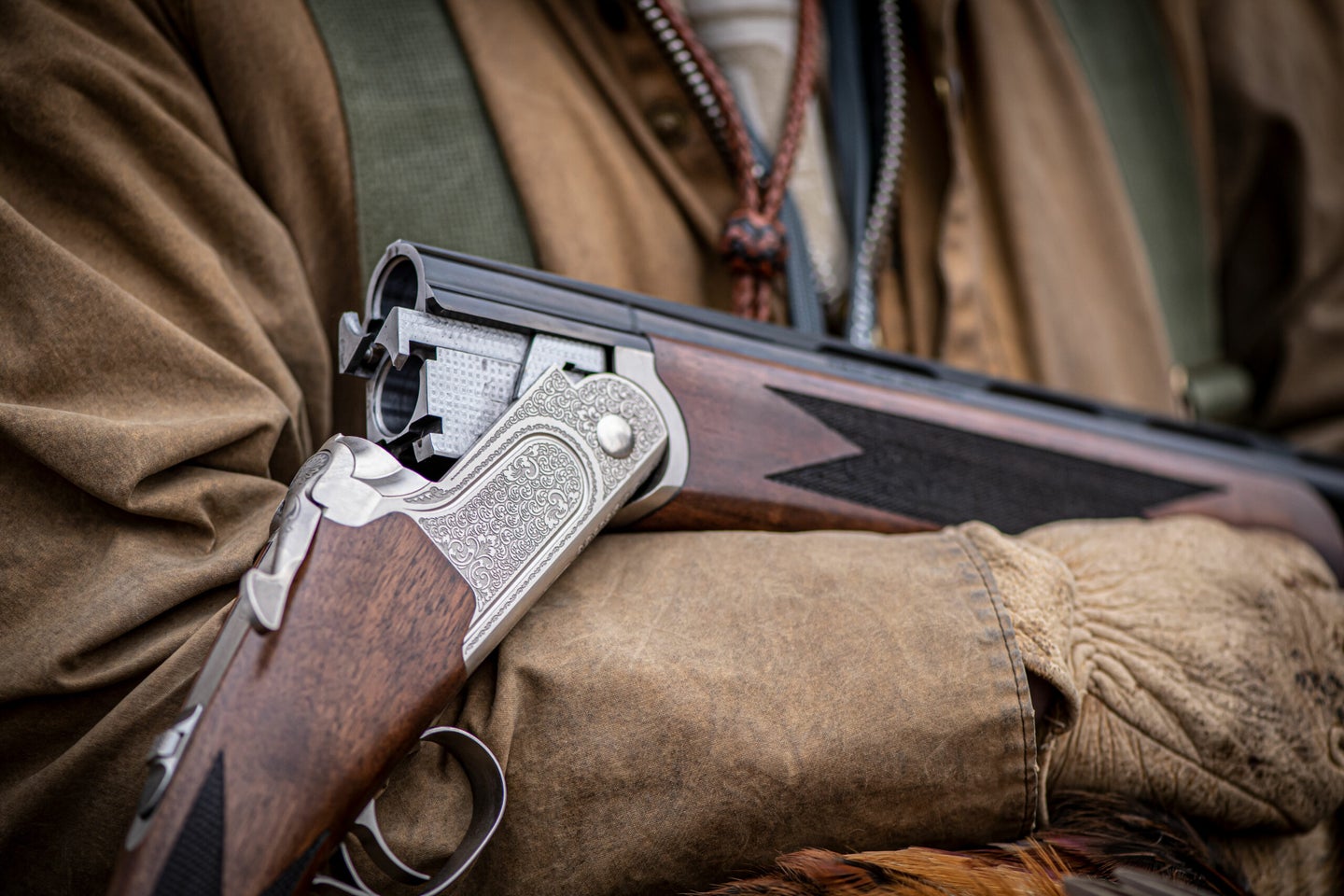 An affordable over/under, the Gold Reserve was made for the uplands, marsh, and clay target shooting. Mossberg
SHARE

Mossberg was once known for entry-level shotguns that didn’t always function in the brutal elements where hunters often find themselves. Outside of the iconic 500 pump-action, Mossberg guns were not built to the same standards as other premium production shotguns. But in the last decade, Mossberg has made tremendous strides in the overall quality of its semi-automatic and break-action shotguns. And the company has cemented itself as one of the best in terms of building affordable guns for shooters of all skill levels. Its newest over/under, the Gold Reserve, which is available in 12-gauge, 20-gauge, and .410-bore, follows a trend of well-constructed Turkish-made guns at a reasonable price.

The perception of Mossberg from folks who truly know shotguns has shifted mightily in the last 10 years. I remember testing the first version of the Silver Reserve over/under, which has since been upgraded. The double gun left much to be desired. It wasn’t a particularly beautiful gun to look at, nor was it built with the precision of, say, a Browning Citori. The same went for many of Mossberg’s semi-autos. They weren’t built all that well, and didn’t consistently cycle shotshells.

But then Mossberg came out with the auto-loading 930 Pro Magnum Series, and the stigma of building underachieving shotguns began to fade. I shot the 930 on sea ducks in Maine several years ago. It functioned flawlessly, and once I became comfortable with it, I was able to shoot speeding long-tailed ducks at 40-plus yards through a heavy fog. The gun wasn’t as high-end as an Italian-made semi-auto, but that’s not what Mossberg is going for. Mossberg wants to make price-point guns that go bang every time you pull the trigger. And they are succeeding.

Mossberg delivered the same standard in function, and also beauty, with the new Gold Reserve. The Reserve is not the equivalent of a Citori or Winchester 101. But, if you can’t afford either of those over/unders, and you still want a gun that’s adept at shooting clays, ducks, and upland birds, the Reserve is a fine choice.

I had the chance to test the standard Gold Reserve—it’s also available in a higher-end Black Label or Super Sport model—on the pattern board, and shot a few rounds of skeet with it, too. The gun fit me well. Mossberg lists the length of pull on the Gold Reserve at 14 inches. That’s a little short for my 6-foot-4 frame, but it didn’t feel short-stocked at all. I shot an 18 and followed it up with a 21 on back-to-back rounds of skeet, which is about average for me.

It swung well for a 7.5-pound gun. The Reserve is lighter than all of the guns I regularly shoot on skeet, and I typically shoot pretty damn awful on clays with lighter guns because I can’t keep the gun moving through the target. But that was not a problem with the Gold Reserve.

The one thing I did not enjoy about the gun was its recoil. I shot 1 1/8-ounce loads at the skeet range and it pummeled my shoulder. To get a second opinion on the gun’s recoil, I asked the younger guy pulling for me to see if he could beat my 21. He eagerly extinguished his cigarette and took up the challenge. He beat my score, but also said the gun beat up his shoulder. If you plan to shoot this gun a lot, I recommend 7/8- or 1-ounce loads.

The stock and fore-end of the 3-inch Gold Reserve is constructed from black walnut with a satin finish. The intricate scroll work on the side plates extends to the ejection lever, a nice feature for a gun that costs under $1,000. Barrels on the 12-gauge models are 30 inches long with a 10mm wide ventilated rib that leads to a single bead for target reference. The 20-gauge has 28-inch barrels and the .410 has 26-inch barrels.

You also get five extended choke tubes (C, IC, M, IM, and F) that are clearly labeled on the outside of each choke so you can see which one is screwed into the end of your gun barrel. It’s also a nice feature to have when you hunt a variety of bird species in different kinds of habitat. If you are shooting quail in tight cover you can have a cylinder and improved cylinder choke screwed in, then switch to tighter chokes for a public-land pheasant foray or duck hunt.

The tang-mounted safety allows you to select which barrel to fire from first, though one drawback was the barrel selector on the gun I tested didn’t click over crisply. It just kind of floated from the left to the right, and I had to make sure I really pushed it to one side or the other to ensure the gun fired. The first time I brought the gun up to shoot it, it didn’t fire because I didn’t have the safety pushed over far enough for the gun to be off safe.

A boxlock design, it was a snap to fit the barrels to the receiver and close up the action. The automatic ejectors attached to the monobloc spit spent shotshells out with no issues. Checkering on the pistol grip stock and fore-end do enhance your grip on the shotgun.

Read Next: 8 of the Best Pump Shotguns for Less Than $500

I shot cylinder and improved cylinder chokes on a 30-inch circle at 35 yards to pattern the Gold Reserve at the range. It did not pattern well at that distance through those two chokes when I shot Federal lead loads through it, so I decided to add a modified choke to the test. The Reserve shot much better through that choke.

The over/under favored the top-half of the 30-inch circle, which is common on stack-barreled shotguns, many of which are built specifically to shoot rising targets, like trap and flushing birds. The pattern also consistently shaded to the right side of the circle.

Here are the results.

You can check availability for the Mossberg Gold Reserve here.