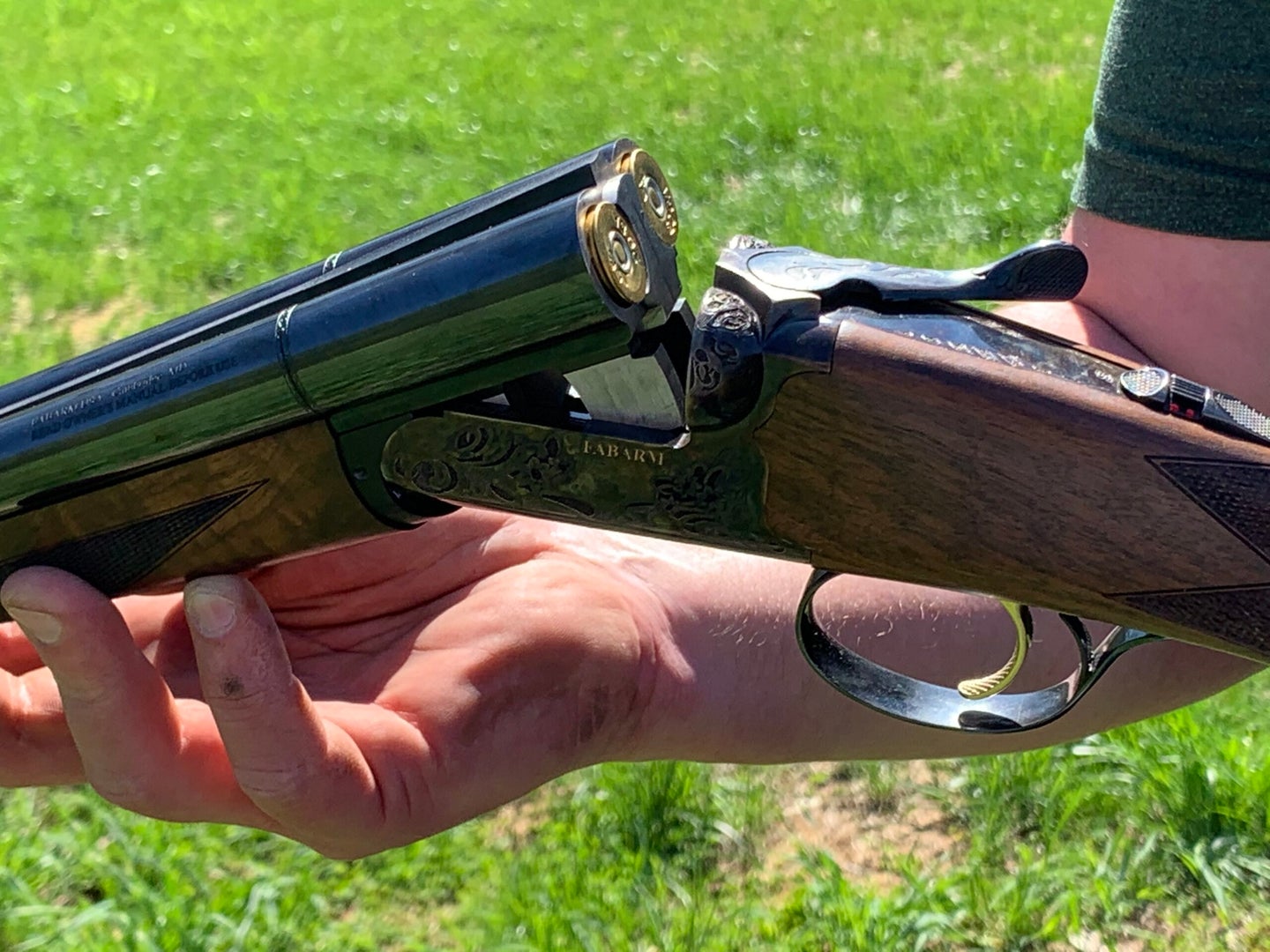 The Autumn is Fabarm's first side-by-side to be imported to the U.S. Joe Genzel
SHARE

Fabarm has been making side-by-side shotguns since 1900, but never imported one to the U.S. — until now. The 20-gauge Autumn debuted in early 2021, filling a much-needed gap in the double gun market.

Many hunters of my father’s generation (baby boomers) grew up with an affordable side-by-side in their hands. If you are in your 50s, 60s, or 70s and hunted ducks, upland birds, squirrels, or rabbits as a kid, there was a good chance you did so with a side-by-side or a single-shot shotgun. That was not as common for my generation (I’m 40), and certainly not for today’s young hunters, though I think there is a resurgence of shooting side-by-sides amongst hunters new and old in the upland community. Manufacturers like Stoeger, CZ-USA, and RFM continue to build introductory level double guns catered towards grouse and quail hunters.

Now, the Autumn is a $4,000 shotgun, so I wouldn’t call it an “affordable” side-by-side, but it’s certainly an attainable one. For decades, finding a mid-level priced double gun was tough unless you tapped the used shotgun market. There are a few companies trying to fill the void for folks looking to shell out a few thousand dollars for a well-made side-by-side or over/under. Fabarm is one of them.  Wes Lang of Caesar Guerini (Fabarm is under the CG canopy) has been bringing exceptional Italian-made shotguns to the market for some time.

I found the Autumn, which is available in an English-style straight stock or pistol grip stock, to be a damn fine gun for the money. It is built on a monolithic action forged from solid steel, which is held together by a sturdy four-lug lockup system. And when you couple the detail of the checkered stock and fore-end, scroll work on the receiver, and the precision with which the Autumn was built, I think that you get more than what you’re paying for in this gun. That is not always the case in a break-action production shotgun.

Fit and Feel of the Autumn

The first thing I noticed about this 3-inch 20-gauge was its weight. It’s only a 6-pound gun (that will vary a bit with wood density) but if feels very solid. To find the balance of the shotgun, I held the Autumn with one hand just forward of the trigger group and it tipped slightly forward. And I found that when I shot the gun, there was more weight towards the front of the 20-gauge, which I consider a good thing. More weight forward helps shooters continue to swing through birds and clay targets, especially with lighter guns that can be difficult to keep moving through the target.

The butt plate of the Autumn is a classic side-by-side design. It’s simply checkered walnut with no recoil pad. It’s not too bad on your shoulder if you’re shooting 7/8-ounce target loads on woodcock or grouse, but if you like heavier payloads for pheasants, the gun will sting you. I patterned 3-inch 1 1/8-ounce Federal Bismuth and 1¼-ounce Browning lead loads through the gun and it was not enjoyable. Just to be sure it wasn’t me getting older and having less tolerance for recoil, I made my younger brother shoot the gun with the same shotshells, and he agreed the gun does have some bite to it with those heavier loads. Incorporating a recoil pad would be well worth the investment if you shoot anything other than 7/8-ounce shells out of the Autumn.

Both the stock and fore-end are made of Turkish walnut with an oil finish. If you buy the English-style stock, the fore-end is a splinter-style; pistol grips have the beavertail fore-end, which was the test model I shot. Autumn fore-ends are built with a steel insert where it contacts the barrel lug. If the gun ever begins to shoot loose, it allows Fabarm technicians or your local gunsmith to easily tighten the action.

A case-hardened receiver is adorned with ornate scroll work as is the rounded action. One of the “shortcuts” some gunmakers will take with over/unders and side-by-sides is to not seamlessly transition the wood from the stock and fore-end into the receiver, but Fabarm took the time to make sure that was done correctly.

There is also a selective gold trigger that breaks at 4 pounds. The trigger was designed with raised studs that reaffirm your trigger finger is in the correct position. It’s more of a safety feature, that tells you your finger is on the trigger, and it does give a little more positive feedback than a smooth trigger. You can also select which barrel to shoot first by sliding a button within the safety to the left or right. The gun does not go back on safe once you break open the action, so be sure to return the Autumn to safe before reloading.

The Autumn By the Numbers

A box-lock 20-gauge, the Autumn is available with 28- or 30-inch barrels. The rib is “swamped” which means it’s cut like the shape of a skateboard ramp or snowboard half pipe, and it slopes down in between the two barrels, leading up to a single front bead. Each Autumn comes with five flush HP chokes (C, IC, M, IM, F).

I am a fan of flat ribs like the Autumns‘ because I think it gives me a better idea of where the gun is pointing and also allows me to see what I am shooting at with more clarity. It’s a simpler design than ventilated ribs you find on autoloaders and over/unders, which can sometimes be set too high, causing the gun to not truly shoot where you point it depending on your head position on the stock and overall fit.

Side-by-sides, at least the ones I have shot, have mostly been short-stocked guns, which is bad news when you’re 6-foot-4, 265 pounds. Fabarm lists the Autumn as having a 14.5-inch length of pull, but when I measured it, it came in at just a shade over 14 inches. It felt short to me when I shot it, and I had trouble breaking any clays with it that were not thrown straight away from me, which is indicative of an ill-fitting gun. But normal-sized shooters will likely find the gun a much better fit. And the nice thing about buying a Fabarm is they will work with you on lengthening or shortening the stock to your body type. You can do this by physically taking the gun to the shop in Cambridge, Maryland, or Fabarm will work with you on locating a trusted gunsmith.

The Action of the Autumn

One of most consistent flaws you will find in a break-action shotgun is the stiffness of the action right of the box. Many guns take a while to break in, and some can be downright tough to open unless you have hands the size of an NFL lineman. That wasn’t the case with the Autumn. The four-lug locking system is more difficult to line up than some other break-action guns I have shot, but not overly complicated, and it was very smooth. The automatic ejectors spit out spent shells no problem, and Fabarm incorporated rebounding hammers in the receiver to improve the longevity of the firing pins.

Read Next: Upland Bird Hunting Is for Skaters, Punk-Rock Kids, and Everyone Else

I shot the Autumn from 35 yards at a 30-inch target with two different 3-inch loads—Federal Bismuth 5s and Browning BXD Extra Distance 6s—through cylinder and improved cylinder chokes. The Fabarm consistently shot 90 percent above the centerline of the target, which is preferable when hunting flushing birds. It also patterned evenly—the shot wasn’t grouped up in the left or right side of the 30-inch circle.

Here are the results: