Jonathan Owen thinks it’s time for pig hunters to get tactical, and to that end he’s launched Special Hog Weapons... 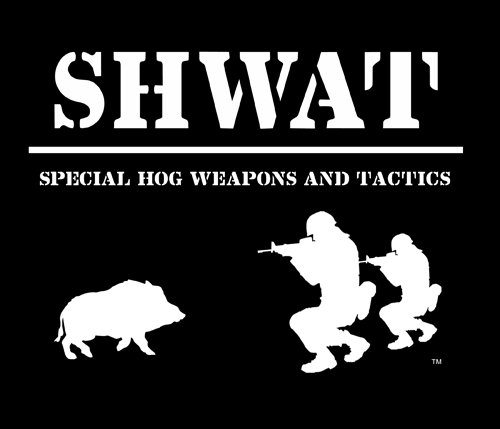 “This is a gathering place, a network,” says Owen, 42, a pig hunter from Abilene, Texas, and owner of an Internet web marketing business. “We’re poised to be the center of the tactical hog hunting universe.”

And what is “tactical” pig hunting? Generally, it requires a black rifle, lots of ammo, stealth and stalking and some fast shooting. It could also employ night vision and thermal imaging equipment and gear, suppressors, and even helicopters.

“You can play sniper and take out a pig at three-quarters of a mile with a .50 caliber rifle,” says Owen. “Or I can get real close and start magazine dumping on ’em. Any way you can use your tactical skills on pigs, we consider that tactical hog hunting.”

SHWAT was two years in the making, and Owen sees it as the natural outgrowth of several factors: the huge number of AR-style rifles sold in recent years; growing interest in tactical training and tactical shooting competitions; and a booming population of wild hogs, estimated by the U.S. Department of Agriculture at over 5 million nationwide, up from just one million in 1988.

“We’re not selling hog hunts or guide services,” he adds. “The goal is to provide a meeting place for hog hunters and manufacturers, for guides and bloggers and writers, all of it to help people have a quality tactical hog hunting experience.”

What are your thoughts Gun Shots fans … is tactical hog hunting for you?