To make movie magic, all it takes is a wizard. In the 1950 Universal International film Winchester ’73, all they... 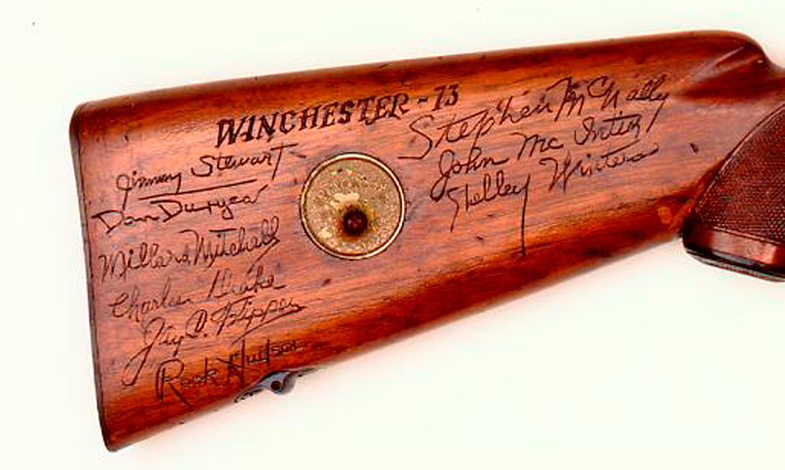 To make movie magic, all it takes is a wizard. In the 1950 Universal International film Winchester ’73, all they needed was the “Wizard with a Winchester” known as Herb Parsons.

Parsons served as technical advisor on the set and not only did he ensure correct firearms handling, he used his shooting skills to make Jimmy Stewart look like an expert marksman. Off camera, Parsons stood next to Stewart with this Winchester Model 71 Lever action and conducted the actual shooting. 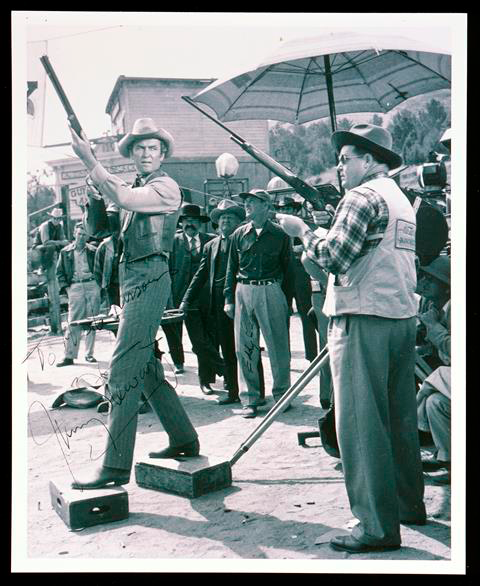 Most notably, the Model 71 was used during the shooting competition scene between Stewart and Steven McNally. In the scene, Stewart stood on wooden Coke cases to achieve the desired camera effects, while Parsons stood beside him with the Model 71. Stewart wins the competition by shooting through a disc. Parsons impressed the crew so much with his talent and expertise that the cast signed the stock of the firearm and embedded one of those discs into the wood. 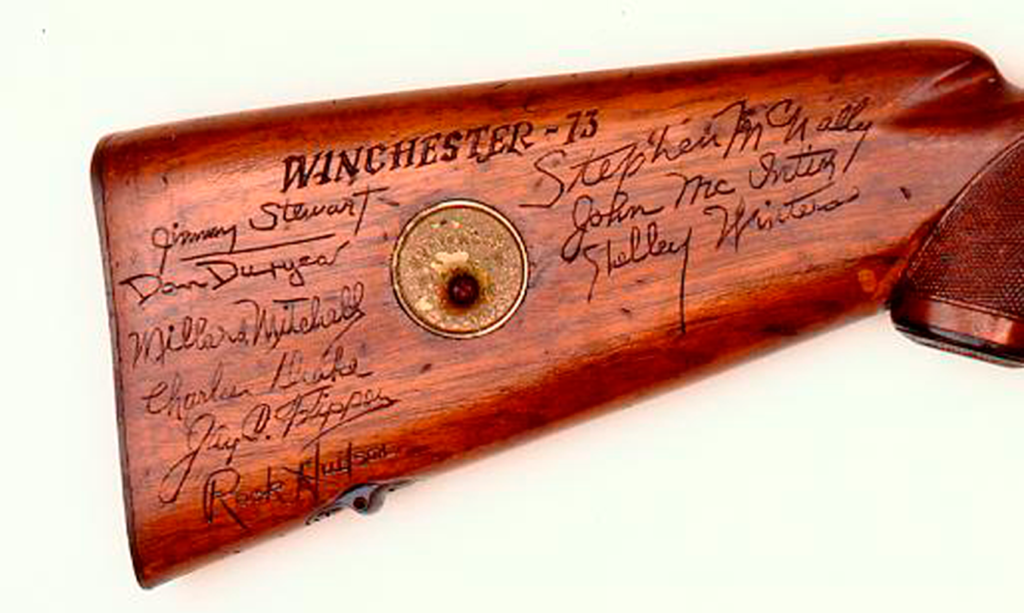 Now this gun is pretty badass. You have Herb Parsons, the “World’s Greatest Exhibition Shooter,” and Jimmy Stewart, a massive celebrity, coming together to make movie magic. And if that wasn’t enough, Winchester ’73 was one of the first films to make a firearm the lead character. Although no one probably told Jimmy Stewart that.