This road to wealth I’ve been traveling just isn’t getting me there fast enough. Forget wage-slaving. Instead, I’m going to... 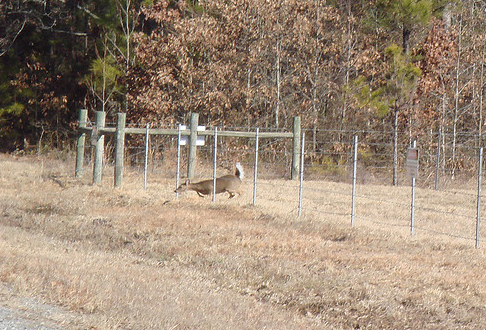 This road to wealth I’ve been traveling just isn’t getting me there fast enough. Forget wage-slaving. Instead, I’m going to buy a chunk of ground, build a high fence around it, import a herd of grotesque-antlered, immunity-compromised whitetails, and wait for my payday.

That’s the model being pursued by a landowner in Wisconsin, who stands to make a good deal of money by selling 80 acres of Portage County to the state. Why would the cash-strapped state want to buy a farm? Because it’s infected with chronic wasting disease, or CWD, after years of being operated as a commercial game farm.

Details of the $465,000 real estate transaction are available on the Wisconsin board of Natural Resources’ March agenda. Pay close attention to the proposed purchase price. It is $94,000 above the appraised value of the property, even though the state recognizes that there will be no public use of the compromised land.

I recognize the board is in a bind. The property at the center of this issue is so contaminated with the brain-eating prions of CWD that the state wants to ensure that no free-ranging deer ever sets foot on the farm again. And later this year the agreement with the landowner ensuring that the high fences built to keep captive deer in, and wild deer out, will expire. That means the state has no real regulatory teeth to ensure deer won’t wander onto, and away from, this poisoned ground.

But the bigger message is that the state is rewarding bad behavior. What’s to stop another game farmer from incubating CWD on their property, then threatening to remove their fences unless the state buys them out?

I’m not a big fan of imminent domain, the controversial ability of government agencies to condemn private land to be used for the greater good. But this case certainly seems to meet the litmus test that imminent domain requires. Wouldn’t the sportsmen of Wisconsin be better served if the state sent a message to game farmers that if they decide to profit by marketing captive deer, that they should also assume some risk? Even if that risk is confiscation of their property in order to contain threats to the public’s resource?