Tips and Tactics: How to Hunt Mule Deer

It’s a wonder there are any mule deer left alive. Nearly everything about these magnificent open-country creatures courts their demise.... 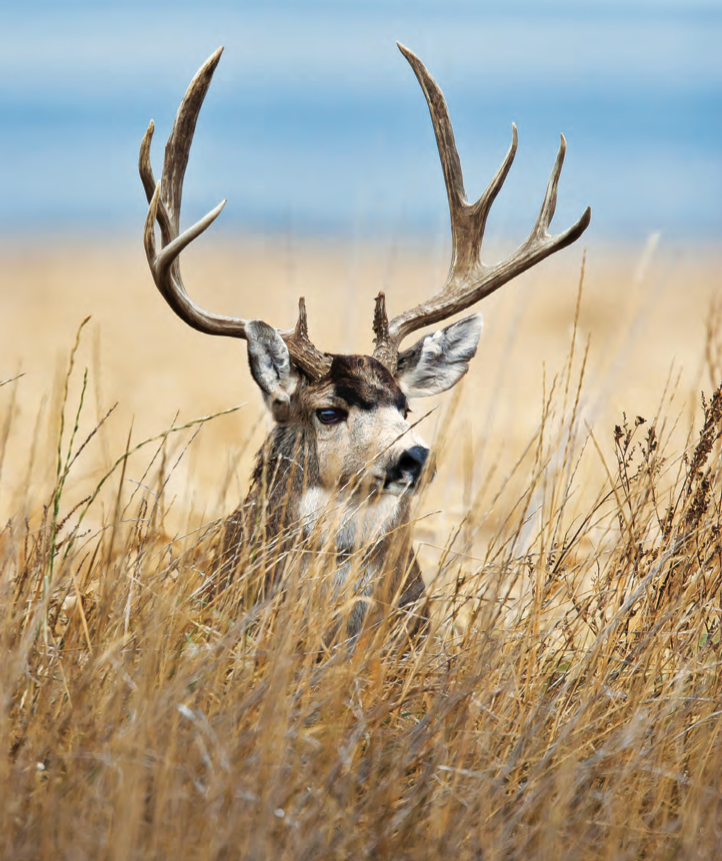 It’s a wonder there are any mule deer left alive. Nearly everything about these magnificent open-country creatures courts their demise. Instead of ducking into cover, when startled they tend to run a ways, then stop in the open and look back quizzically at their pursuers. Their marginal habitat is squeezed by drought, brutal winters, and human development. But this icon of the West is very much alive, and a mature buck—with wide, deeply forked antlers and a regal square- backed stature—is one of the hardest-earned trophies of any deer hunter. 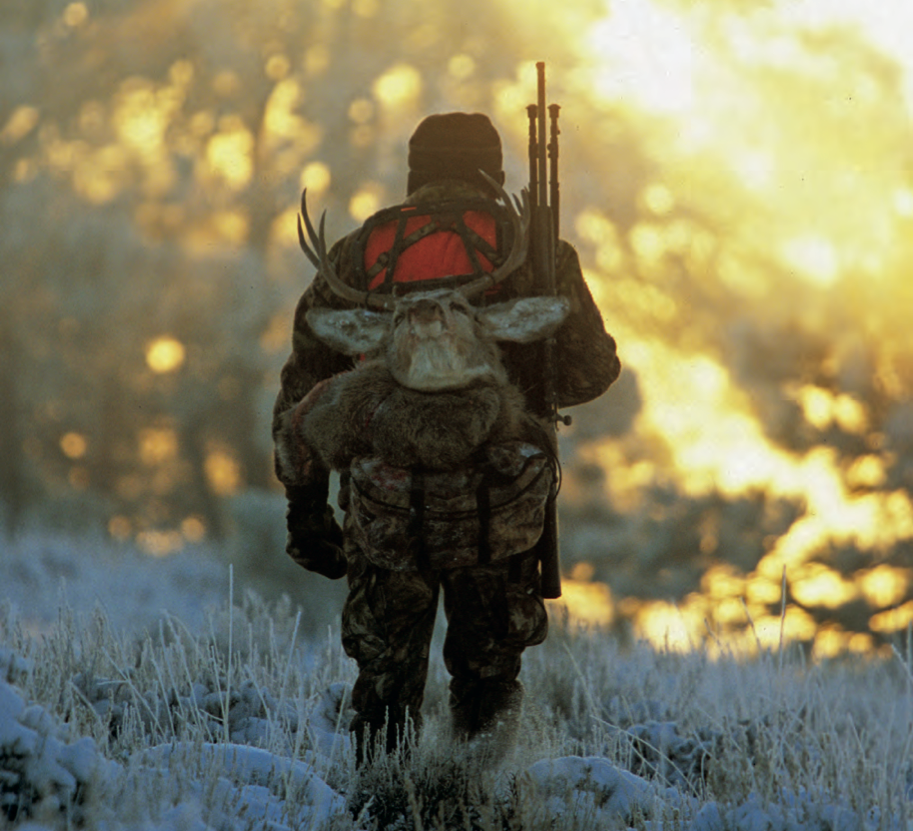       I’ve killed more mule deer than any other species of wild ungulate. It’s easy to do if you’re a Montana resident with more than enough public land out your back door. But a heavy-racked trophy still eludes me. In some ways, this is the conundrum of mule deer. In most areas west of the 100th meridian, they are commonplace, visible in alfalfa fields and open prairies, their characteristic stiff-legged springing run (called “stotting”) familiar to anyone who drives Western highways. But old, big bucks are almost always products of the backcountry: deep canyons, desolate deserts, and subalpine basins.

Hunting techniques for mule deer are as varied as their habitat. Legions of Great Plains deer hunters don’t walk far from their pickups to engage “muleys,” as the deer are often called. Especially during the November rut, when otherwise elusive old bucks get spiral eyed and dull witted with lust’s distractions, covering ground on back roads is a good strategy to find doe-tending bucks in the open.

In the Missouri River Breaks, near where I live, hunting deer is a hiker’s game. I use powerful optics to spot interesting bucks, and then plan an approach that takes me within rifle or bow range. Mountain hunters either find velvet-antlered bucks above treeline in September or wait for deer to follow ancient migration corridors to lower elevations once heavy snow falls.
And in the vast, scorching deserts of the Southwest and Mexico’s Sonora, hunters drive sandy roads until they cut a buck’s track, then spend hours or even days walking that deer down. Hunters prepare for long shots in the shimmering heat or close-range snap shots when a buck flushes from cover.

Taken as an entire population, mule deer numbers are on a long, slow downward slide around the West. Some classic big-buck zones, such as the aspen-and-sagebrush ridges that fall away from Yellowstone National Park, have seen sharp declines. In areas with irrigated, succulent agricultural forage, the slumps have been shallower. 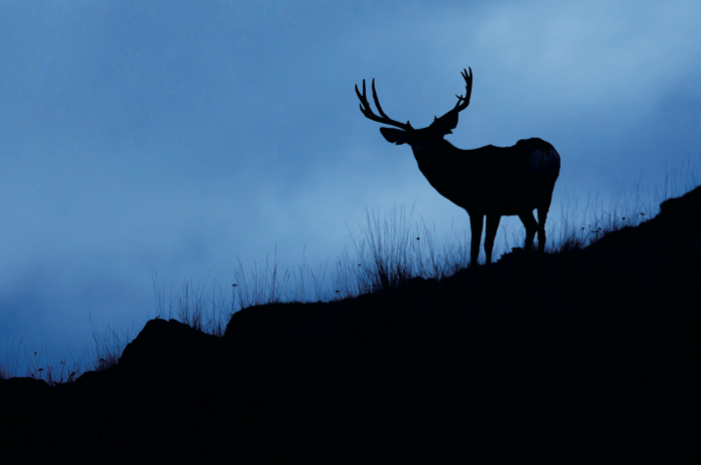 There’s no consensus on the cause of the declines. A wildlife biologist in Montana once told me that he’s documented 50 years of boom-and- bust population dynamics on a roughly 10-year cycle. Within each decade, you can expect a few lean years followed by a population rebound. The thing is, over the last 40 years, the booms have been shallower, and the busts steeper.

Some biologists think our resurgent elk population is to blame, outcompeting muleys in shared habitat. Others suspect a slow change in forage as the West warms. Still others blame the combination of wildfire suppression and energy development. Human development in the foothills of the mountainous West have undoubtedly fractured critical winter range and contributed to mule deer mortality in deep-snow winters.

Whatever the cause, the overall decline has made an ancient, white-muzzled buck an even scarcer trophy for Western deer hunters.

GEAR UP
A Great (and Cheap) Mule Deer Rifle

I killed one of my best bucks with one of my cheapest rifles, a USD $400 Ruger American, topped with a Weaver scope and shooting a premium bullet, Federal’s Trophy Copper. I chose that rifle specifically because of its repeated precision and its ability to function in cold, snowy, and muddy conditions.

The buck, an ancient loner, had been shot in the jaw and front shoulder weeks earlier, which prevented him from moving much. Even during the rut, he bedded in a huge alfalfa field bordering my property. I couldn’t hunt the field, and I think he knew it. For two days, I set up on a snow-covered hump, covered up with insulating blankets, and waited for him to make a mistake.

On the third day, he did. He bedded on the edge of my property, a long 410-yard (410-meter) shot from my hide. I knew I’d have to thread a shot into his vitals as he lay on the sidehill. I consulted my bullet-drop table. With a 200- yard (200-meter) zero, my 180-grain Trophy Copper bullet drops about 24 inches (60 cm). Knowing that a mule deer’s ears are about 8 inches (20 cm) long, I factored the amount of holdover my shot required. I killed that starving old buck in his bed with a single well-placed shot, ending
the suffering that had started with another hunter’s poor shots. 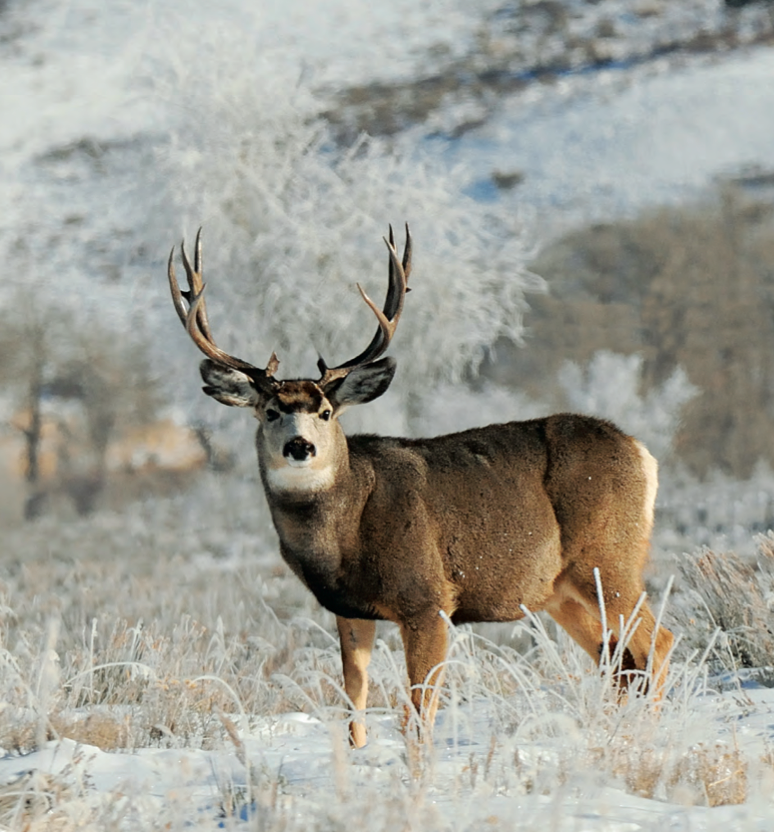 The Holy Grail for many Western hunters is a mule deer that breaks the 200-inch (500-cm) mark. This is a remarkable trophy indeed, combining antler spread that nears or exceeds 30 inches (76 cm), main beams that stretch over 24 inches (60 cm), and cumulative mass measurements of more than 16 inches (41 cm).

Consider that the world’s record for a typical mule deer is 226 4/8 inches (575 cm), a Colorado giant killed in 1972, and that the minimum score to qualify for Boone and Crockett Club’s all-time records is 190 inches (483 cm). Bucks wearing headgear this impressive need three main things: time to get old, sanctuaries where they can stay hidden, and good forage throughout the year, especially during harsh winters.

So where do these bucks live? Your best bet remains Colorado’s Western Slope, but other trophy areas are Saskatchewan, northern Arizona, and southern Utah, where drawing a buck tag in some units is harder than drawing a bighorn sheep tag in most states.

Can You Call Mule Deer?

Whitetail hunters carry a veritable orchestra of noise makers: grunt tubes to challenge mature bucks, bleat cans to mimic the estrous wails of ready does, squeaks to sound like lost fawns. Mule deer hunters, on the other hand, are a relatively laconic lot.

Do mule deer respond to calling? Conventional wisdom says no. Because they inhabit wide-open habitat, muleys rely more on their eyes than their ears to make contact with their herd mates. But that doesn’t mean you should never try to call mule deer.

Sometimes a fawn bleat will attract a curious doe, and especially as the rut approaches, a mature buck will follow the doe to your call. And high-pitched predator calls will sometimes prompt a bedded buck to stand up and look around, giving you a shot opportunity that you wouldn’t otherwise have.