After laying on the wet tundra and rocks for two hours watching a group of 10 rams in the foggy... 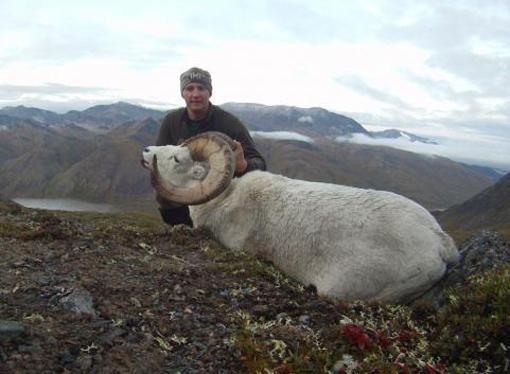 After laying on the wet tundra and rocks for two hours watching a group of 10 rams in the foggy twilight, listening to ptarmigan cluck in the absolute silence, it finally started to sink in that I was going to put my sixth ram (lifetime) on the ground. The big ram finally stood up to stretch and with the orange flash from my .25-06, I made sure it was the last thing he did.

Not a day has gone by since I started hunting sheep that I haven’t thought about it. I am legitimately obsessed, and I can’t imagine my life without it. I am always learning new things about sheep hunting, but I have gotten a pretty good grasp on the game. No two situations on the mountain have been the same for me, but there are several consistent techniques that help my success.

Don’t climb if you don’t have to
Granted, sheep hunting always involves climbing, but many hunters waste energy climbing when they don’t have to. If the drainages I’m hunting are wide enough, I prefer to do my glassing from below. This allows me to cover a lot more miles on foot and look up drainages at different angles. Sometimes the best views are from above, and sometimes the steepness of the terrain requires climbing to a better vantage point, but be smart. Choose the glassing locations and methods that will cover the most country with the least time and effort.

Shoot from high ground
After you’ve found the sheep you want to kill, you will have to do some serious climbing. Since sheep depend on being able to escape to the nasty rocks and ridges when in danger, they stay up high. Because of this, they seem to only look for danger coming from below them. If you try to stalk a ram from below he will bust you nearly 100 percent of the time, leaving little time to watch, judge and shoot. Ideally, I like to spot the ram, wait until he beds down, find a route to sneak up the mountain unseen, then come down behind him.

Stay off the skyline
One mistake that can get you busted faster than anything is skylining yourself. Sheep see better than humans, and the absolute easiest way to be seen is right when you are on the skyline. Even from miles away, anything on top of a ridge with no background sticks out like a sore thumb. You will know if a sheep has spotted you because they will be looking right at you. While stalking my ram this year, we were below him, and I knew we had to find a spot where we weren’t skylined. We holed up behind a small knoll, but in front of a big rock outcropping, and they never saw us.

Use the weather
In most sheep country, weather can turn bad very fast. Sometimes though, nasty weather can work in your favor. For me, this season was one of those times. After spotting and watching the ram I wanted to shoot, the fog began rolling in right as we started our climb. Luckily, as we got to a cave that both kept us out of the rain and concealed us, the fog lifted enough for us to look over the group of rams and see that it was just open ground for 1,2000 between us and them.

Then we got another lucky break. At midnight the fog rolled back in thick, so we took off across the open ground, hoping to get behind cover again before the fog lifted. We spotted the rams through the fog at 225 yards, found a spot to hunker down before they saw us, and you know the rest of the story. If the situation right, you can make bad weather work in your favor, so don’t crawl in the tent the instant the clouds roll in.