It’s the time of the year when Americans in many regions of the country put on their hiking boots for... 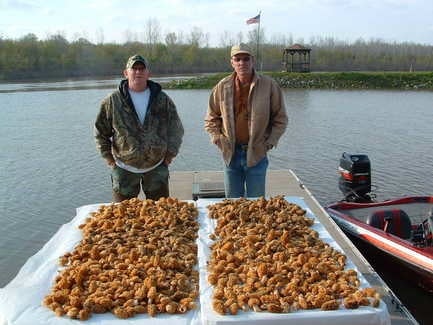 It’s the time of the year when Americans in many regions of the country put on their hiking boots for the first time since the fall and head to the woods in search of a favorite wild delicacy, the morel mushroom.

Breaded, battered and deep-fried, or lightly seasoned and tossed in a frypan with butter or bacon, wild mushrooms are a meal savored by outdoors-folks like none other.

Unfortunately, I have usually been included in the former, rather than the latter group of morel aficionados.

But things could be worse. This past Sunday, for example, a mushroom hunter in central Missouri’s Howard County was scouring the Missouri River bottoms near Rocheport when he found scattered bones, pieces of clothing and human remains in a shallow grave.

Then, there were two mushroom hunters in Indiana’s Brown County, who became disoriented and lost while mushroom hunting in separate incidents Saturday. Both spent a rainy and cold night in the Hoosier National Forest before being found in good shape Sunday morning.

But on Thursday, along the Kaskaskia River in Southern Illinois, a bad day of turkey hunting turned into the best day of mushroom hunting on record for Lenzburg resident David Jaimet.