Let me say from the beginning, that this is not a decision that I would relish: To eat slugs or... 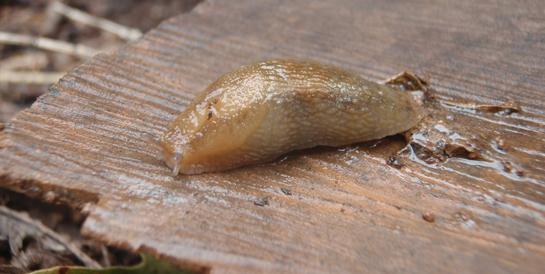 Let me say from the beginning, that this is not a decision that I would relish: To eat slugs or starve to death. I’ve eaten them before, and I hope I never have to repeat that experience. But they will pass for food in a pinch. Terrestrial slugs and snails (found on land, not in the sea) are generally safe for human consumption, always after a thorough cooking. And their nutritional value certainly justifies the effort of collecting and preparing them. These critters have about 90 calories per 100 grams of “meat,” which is high in protein (12 to 16 percent) and rich in minerals. It’s a little hard to consider them food though, when you realize that their favorite meal is scat.

There are many dangers to eating these animals raw. Australian doctors issued a warning in October 2003 after a Sydney college student contracted a potentially fatal brain disease when he swallowed some slugs on a dare. Tests found that his meningitis was caused by a worm normally seen in rat lungs, but also carried in slugs and snails. He was hospitalized for 17 days with brain lesions, and it was five months before he could resume classes. A friend of the student also ate some raw slugs as part of the dare but threw them up, losing the bet. The doctors said there had been numerous cases of meningitis since 1971 caused by snails or slugs. One Australian child died after eating live snails, and one patient contracted meningitis after eating lettuce covered with snail slime, according to a report in the Medical Journal of Australia.

If you had to (or wanted to) eat these critters, the safest choice is the snail. Slugs are more prone to eat toxic mushrooms, while snails tend to eat more plant material, when they’re not eating dung. If you decide to eat slugs, and it’s toxic mushroom season (spring or fall), put the slugs in a container for a few days with some damp cornmeal or moist lettuce to allow them to purge.

When you’re ready to take a culinary adventure, try these mollusk meals.

1) Fried Slugs – Scald the slugs in boiling water for two minutes. Dredge them in egg, and then in bread crumbs. Deep fry in oil until golden brown, and serve while hot.

2) Classic Escargot – Let your snails purge themselves in a container of damp lettuce for 24 hours. Bring one cup of water or white wine to a boil in a large saute pan, and pour in 2 cups of snails. As the liquid boils off and the snails begin to cook, add one stick of butter to the pan and several cloves of minced garlic. Saute for 3-4 minutes and serve.

3) Slug Stir-Fry – In a wok or a skillet, fry some of your favorite veggies with a few ounces of oil, add a couple handfuls of blanched slugs, and season with soy sauce to taste.
**
4) Pasta with Slugs** – Fry several handfuls of slugs in a buttered skillet and add them to your favorite pasta sauce. Simmer for 10 minutes. Fold in your pasta and serve.

5) Backwoods Boil – Boil the slugs or snails in water for 10 minutes, with whatever seasonings you can find. Wild onion and other strong flavors are a solid choice. Eat as a soup, or simply pick out the mollusks and eat them.

Would you eat slugs or snails? Have you? Tell us about your meal in the comments.